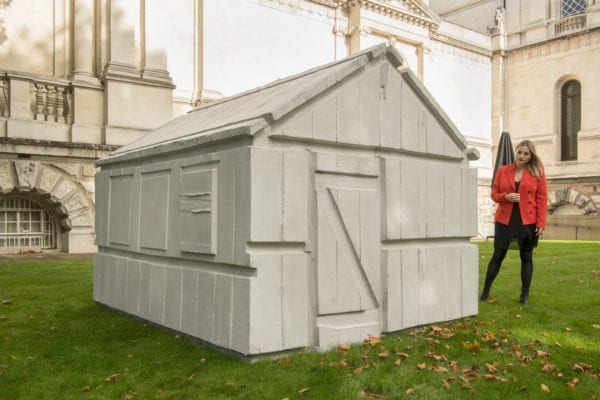 It’s twenty-five years to the day since Rachel Whiteread won the Turner Prize for House, for which she cast the inside of a house out of concrete in East London’s Bow, where working-class homes were being knocked down in a bid to gentrify areas near an emerging Canary Wharf. Coming as it did five years before Tracey Emin’s My Bed and only a couple after Damien Hirst’s sharks, it didn’t arrive into the most receptive period for British public art. Come 2012, Jonathan Jones would call Whiteread “Britain’s greatest living artist”. But that didn’t stop her Chicken Shed, displayed to the public last year as part of the artist’s Tate Britain retrospective, having its “art” credentials questioned. (Of course, this image wouldn’t be complete without a punter gawking at the sculpture in shot.) Whiteread, however, meant the work to directly question what she calls “plop art”: public sculpture that seems to have no relationship to its surroundings.