Now on its fourth issue, Kajet Journal is a clarion call for everyone to “bother about Eastern Europe”, as its online manifesto states, through a marriage of image-heavy arts coverage and academic-leaning texts. The problem is, according to the magazine’s founders, that Eastern Europe is still seen as “other”, a place of little more than gloom and debris in a never-ending, pre-reconsutruction limbo. Its name comes from the Easternised version of the French cahier (notebook in English), a word said to embody the publication’s ethos as an “assemblage of neglected narratives” based on “Eastern European encounters”.

But even before reading Kajet Journal, for the font nerds at least, it has obvious class. That retina-singeing black-on-red, all caps, absolutely no nonsense masthead is just the lowly little system font, Arial. But here, as with most things Kajet, it becomes something new and imposing. This is a thick, book-like magazine that uses its form as a solicitation to treasure and archive it. Kajet is very, very confident.

“Anything originating in the East is deemed to be mocked, ignored, or rejected (at best), consumed, appropriated, metabolised, and absorbed by the mechanisms of capitalism (at worst)”

This manifesto goes on to explain that while many Eastern European nations formally joined the EU in the years after the fall of the Berlin Wall, “their Western counterparts have (slowly, yet steadily) come to acquire—along with a mystifying cloak of noxious preconceptions—some generalised ideas about Eastern Europe”. Kajet, then, looks to educate people beyond the “specks of knowledge” that usually do the rounds in terms of its art, culture, society and politics.

At a time when Brexit’s spectre hangs limply in the headlines under hourly pandemic-based missives, and many other parts of Europe are becoming equally fractious, fractured and wary of their neighbours, its bid to fight xenophobia feels particularly pertinent. Focusing on the past, present and future of communities inside Eastern Europe, the publication’s concerns are described as “a rejuvenation of the contemporary imaginations” around the idea of community itself.

Each issue (so far released annually) takes a different theme that looks to be both timely, and timeless. Which cannot be easy. The debut issue, which came out in 2017, was themed around community in response to the migrant crisis; the second dealt with “amnesia, distress and uncertainty” in the year that marked five decades since the Prague Spring and the May 1968 political and social upheavals across Europe “that revolutionised the way we see utopianism”, say Kajet’s founders. The third issue took a similar view, commemorating 30 years since the fall of communist regimes in the Eastern Bloc. The latest issue deals with the topic of peripheries.

Editors Petrică Mogoș and Laura Naum created the mag in Titan, which they describe as “a (former?) working class neighbourhood of Bucharest”, Romania. Neither are from traditional publishing backgrounds, which perhaps enriches the publication’s unusual approach to commissioning and its occasionally verbose tone: Naum studied an MA in cultural economics, Mogoș in cultural sociology.

The idea for the magazine came about thanks to its founders’ shared frustration at the “contrast between what happens intellectually, artistically and culturally in the East and how these ideas are disseminated within the Western sphere, as most of the time, anything originating in the East is deemed to be mocked, ignored or rejected (at best), consumed, appropriated, metabolised, and absorbed by the mechanisms of capitalism (at worst).” Kajet is designed by London-based studio Regular Practice, and each issue sees a whopping 30-odd other contributions from external artists, writers and photographers.

“We like to think that the magazine tells a broader story that transcends the East of Europe. It is often rough, but so is life”

For a start, the brilliantly unabashed (and, touch wood, well-placed) boldness of the whole operation. Kajet has big intentions: “We like to think that the magazine tells a broader story that transcends the East of Europe. It is often rough, but so is life, it is often honest but this is how we should see the world in order to evolve. So in addition to the usual forgotten or ignored narratives that come from this part of the world, we seek to provide a certain kind of hopefulness regarding our future as mankind, as a collective, as a community.”

These ambitions are also playing out in a practical sense, too. The team has already launched an independent publishing programme and a small bookstore in the city centre of Bucharest, Dispozitiv Books, and is planning on publishing more regularly by moving to a biannual schedule. These endeavours all chime with Kajet’s broader aims to challenge what its founders term the “overly Western-oriented field” of print publishing.

“Despite its Eastern-focused subject matter, Kajet is not a mere attempt to de-Westernise academic practices or to reorient the gaze toward Eastern art and narratives,” say Mogoș and Naum. Instead, it aims “to create a viable and auspicious bridge” between Eastern and Western Europe. “Kajet provides an internationalist vision of Eastern Europe, reclaiming a lost space in times of anxiety.” 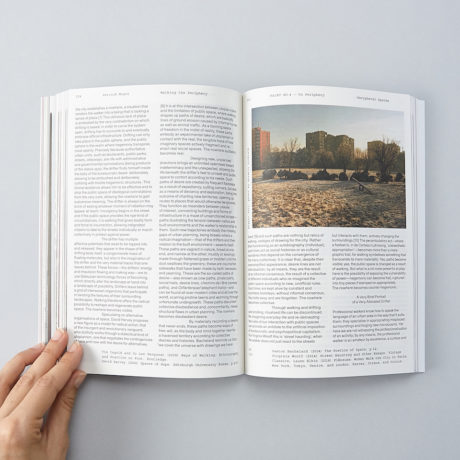