If one man truly mastered the multi-hyphenate, it was Ken Scott: an artist, designer, gardener, furnisher, restaurateur and performer. Scott was known as the American creative protagonist who transformed design in the 1960s and 1970s. He moved effortlessly between disparate realms, finding distinctive ways to intertwine them and stitch a signature thread throughout: his love of flowers.

As the self-proclaimed ‘Fashion Gardener’, Scott’s designs were living and breathing, like Mother Nature herself. He foresaw the ready-to-wear revolution and planted new life in a fashion landscape where Haute Couture reigned supreme, bringing an abundance of innovative fabrics and radical styles to the masses, patterned with his beautiful burgeoning flowers. His groundbreaking runway shows, or ‘exhibitions’, were roused with the exuberant theatricality of performance; for his ‘Travelling Circus’ collection, models in clashing animal prints walked alongside circus performers, including a llama.

Since his passing in 1991, Scott’s name has shied from the glare of its former glory. However, Gucci’s creative director Alessandro Michele is shining a spotlight on the illustrious designer with the Italian fashion house’s latest Epilogue collection, which borrows from the archives of the late, great Renaissance man.

Born in 1919 in Fort Wayne, Indiana, Scott’s working life began after his father, a photographer and travelling salesman, died when he was just 12 years old. To help make ends meet, Scott made a humble wage after school as a window dresser. Little did he know, just a few decades later, he would be dressing the likes of Audrey Hepburn, Twiggy and Jackie O.

He studied at Parsons School of Design in New York, but his curiosity was satiated elsewhere. Drawn primarily to the modern art collections of the city’s monumental museums, Scott developed a deep appreciation and love of colour. He would lose himself in Mark Rothko’s emotionally-stirring Colour Field paintings; in the ‘living’ tones of Marc Chagall’s works; and in Paul Klee’s canvases, an artist who redefined colour theory. 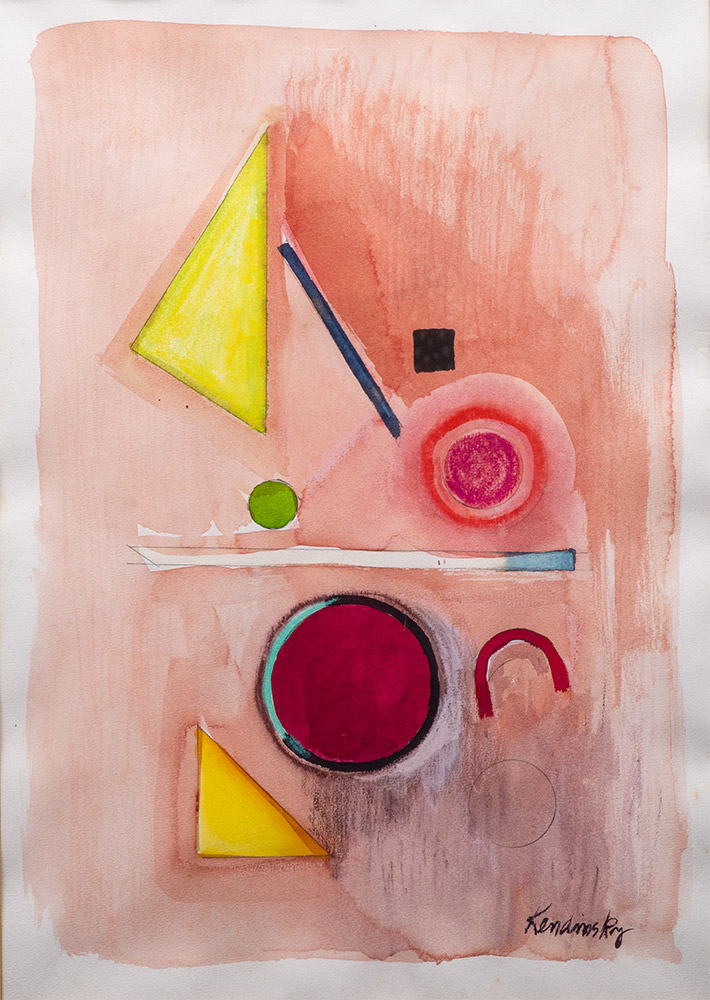 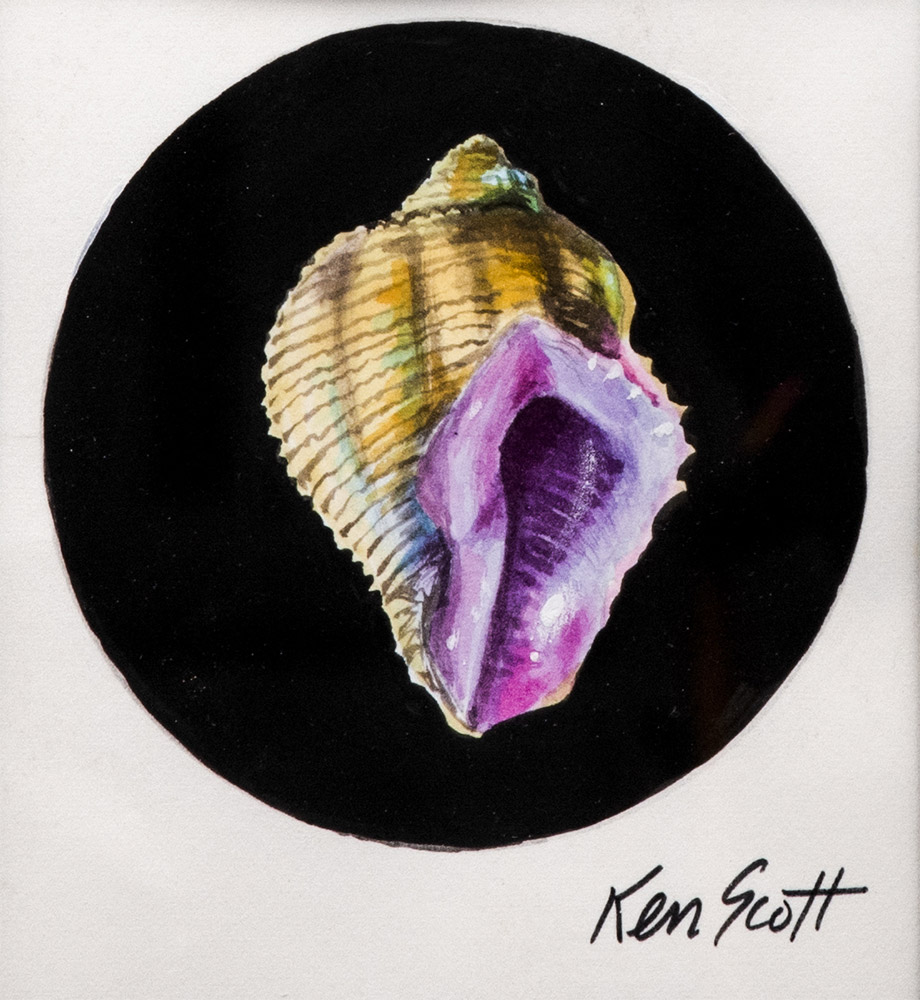 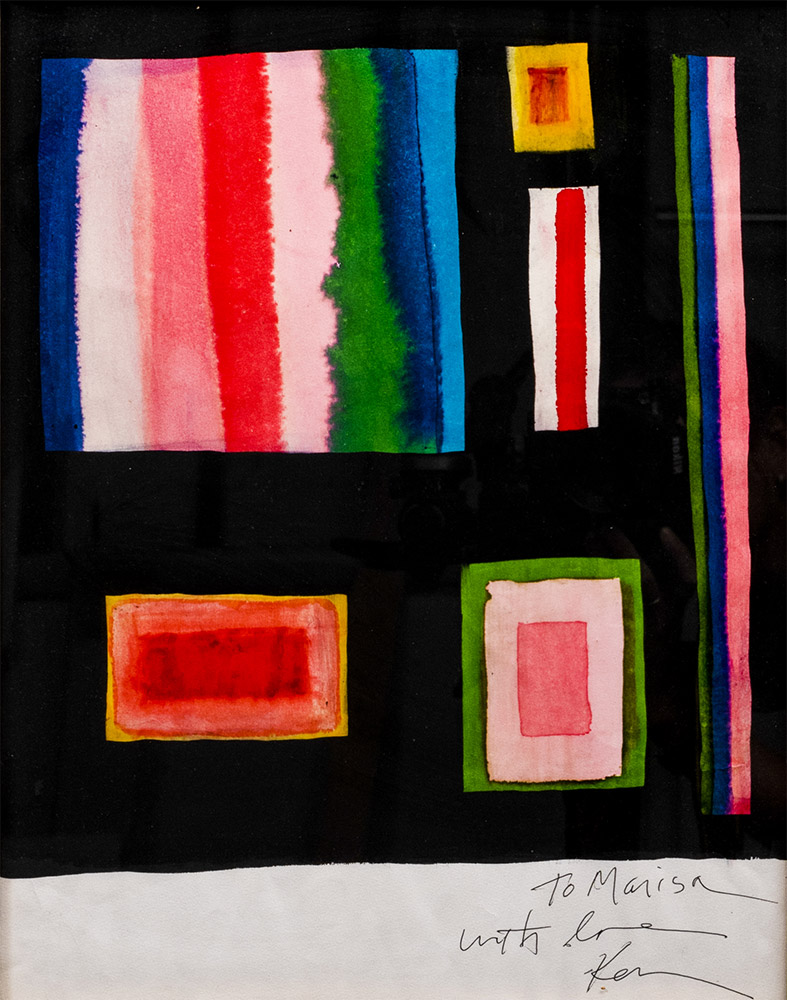 Scott yearned to paint masterpieces like his modern art heroes, and, in 1946, he migrated to France to follow his dreams, splitting his time between Paris and the French Riviera’s Bohemian scene. Blending abstraction with Pop Art, Scott instilled colour in the heart of his artworks. He was even praised by Chagall, and the hugely influential Peggy Guggenheim organised an exhibition of his work back in New York City.

Despite his artistic success, Scott pivoted in his career path, explaining: “One day I started designing fabrics, and that was the end of my painting career.” In 1955, he moved to Milan and opened a studio, partnering with Vittorio Fiorazzo to launch Falconetto, a brand focussed on crafting luxurious textiles for interior spaces. Its name borrowed from Giovanni Maria Falconetto, a Venetian artist who lived and dreamed in pure colour like Scott. His love of art never dwindled, it transferred, like energy, into new forms. Falconetto was rich in lush colours and impeccable quality fabrics printed with geometrics, abstractions, flowers, fruits and Art Nouveau influences. Soon, Scott was supplying Falconetto’s exquisite fabrics to local fashion houses, and by 1957, he had established his own manufacturing operations.

As the 1960s rolled in, so too did the democratisation of fashion. Scott was at the forefront of the ready-to-wear revolution, experimenting with radical fabrics like synthetics and BanLon. Jerseys, body stockings, silk scarves, and calf-length skirts were all bursting with his beloved botanicals. In 1965, Beat poet Allen Ginsburg coined the term ‘Flower Power’, which swept the world. The humble bud became a politicised symbol of peace and non-violence for the hippie counterculture spawned in the wake of the Vietnam War. It was a movement that affirmed Scott’s belief that flowers could be transcendental.

“He would lose himself in Mark Rothko’s emotionally-stirring Colour Field paintings; in the ‘living’ colours of Marc Chagall’s works”

In the decades that followed, Scott continued obsessively patterning everything he could with florals and colour, from fabrics to interiors, homewares, and even a diner he opened called Eats & Drinks—its plates, tiles, lamps, forks and more were all adorned with his striking designs. His abode was monochromatic; an earthy green lounge room and a blood-red bedroom, with vases overflowing with complimentary flowers. His courtyard was transformed into a luscious roof garden, blossoming from every inch with the florals he had spent decades tending to in his designs, now alive and in the flesh. His own private Eden of agave, hibiscus, peonies, roses, and more.

Scott passed away in 1991, leaving behind a legacy of beauty, joy, and an appreciation of life’s most simple pleasures: colour and flowers. Three decades on, Alessandro Michele is paying homage to his genius. Just like Scott’s lifework, the foundations of the Gucci Ken Scott Collection are cast in bold colour and alluring florals. The campaign, photographed by Mark Peckmezian, transports the viewer into the heady sensation of the 1970s, fully immersed in the designer’s vision, with an awe-inspiring set of intertwining daffodils on the wallpaper, sprawling daisies on bedspreads, burgeoning hydrangeas on curtains, and blossoming orchids on carpets; all clashing as chaotically as if Scott had conceptualised it himself.

“Ken Scott was a really great creator of fabrics,” observes Michele. “He mapped out flowers with romanticism and flowers into pop culture. He treated flowers like shop signs, he multiplied them, turned them into something that stood out. I like his work because I am obsessed with floral prints.”

Menswear brims with college-style cardigans; denim cut-offs styled with knee-high socks; light blue-washed jeans; boot-cut monogrammed trousers in block colours; cosy bell-bottom corduroys; pinstriped shirts; down-padded outerwear and tracksuits printed all over with KG and GG initials; an apricot suit sold as separates; bowling sets and more. Everything is enriched with Scott’s glorious colour palette or patterned with his delightful designs. Michele also pays homage to the era’s evolving relationship with the athletic shoe, which, for the first time, in the 1970s, was acceptable outside of the gym. The Gucci Tennis 1977 shoe, both lace-up and slip-on models, the Pursuit slide, and Screener sneaker are made-over in Scott’s punchy ‘Giardino d’Aprile’ print. The Screener sneaker is finished with blue heels and a blue-red-blue House Web stripe, and the Pursuit slide is completed with the brand’s signature interlocking ‘GG’ on each shoe.

With the doors to Scott’s archives blown open to a new generation, there’s no doubt those encountering his work for the first time—or being reminded of it after decades past—will fall in love with his unbridled imagination and inexhaustible drive. Scott reminds us that joy can be found in the everyday world around us.

As the world readies to stretch its wings after a long year cooped up indoors, there’s an undeniable thirst for the free-flowing energy of the late 1960s and 1970s that designers like Scott served in abundance. The positive symbolism of the Flower Power movement in the face of great adversity was a beacon of light that pulled many through to the other side. Eccentric patterns and styles offered new possibilities to carve out unique identities through the ritual of getting dressed. These forward-thinking tools, which helped shape a past generation’s hopes and dreams, might be worth borrowing as we emerge into a brave, new world.