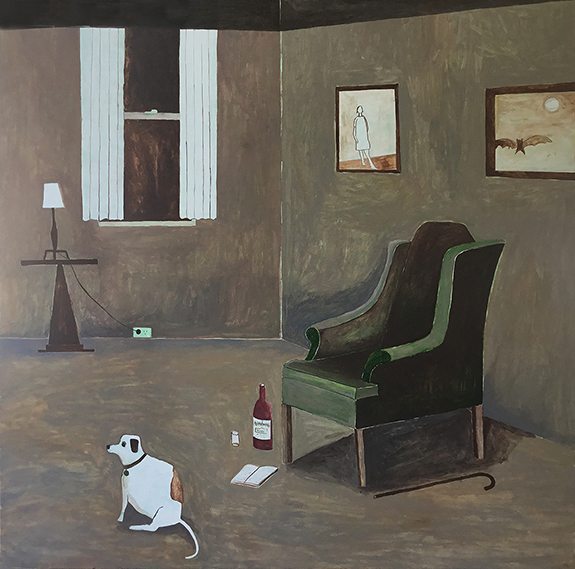 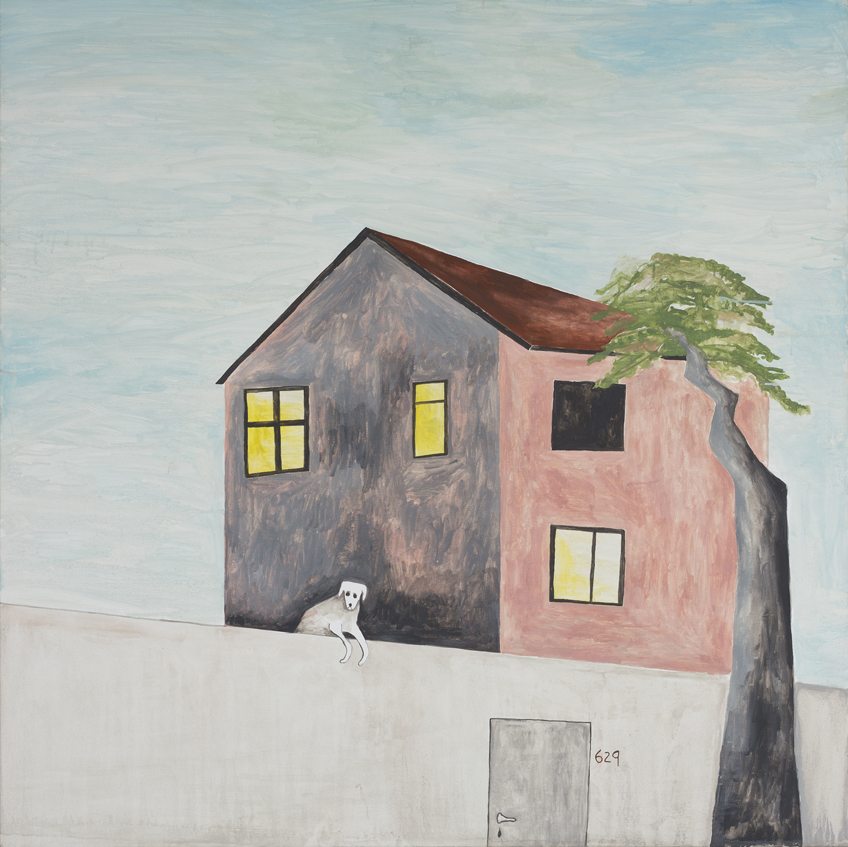 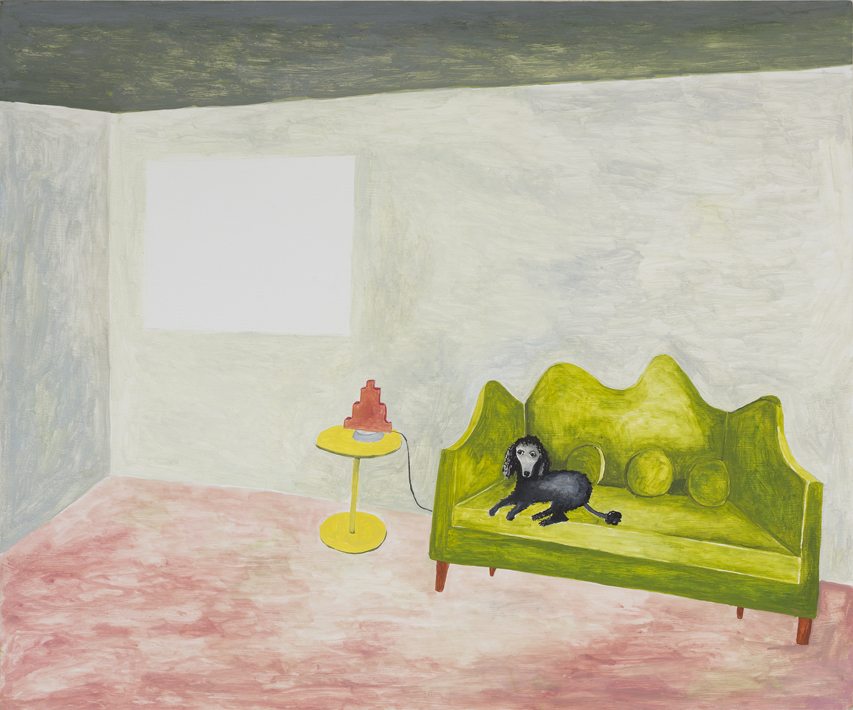 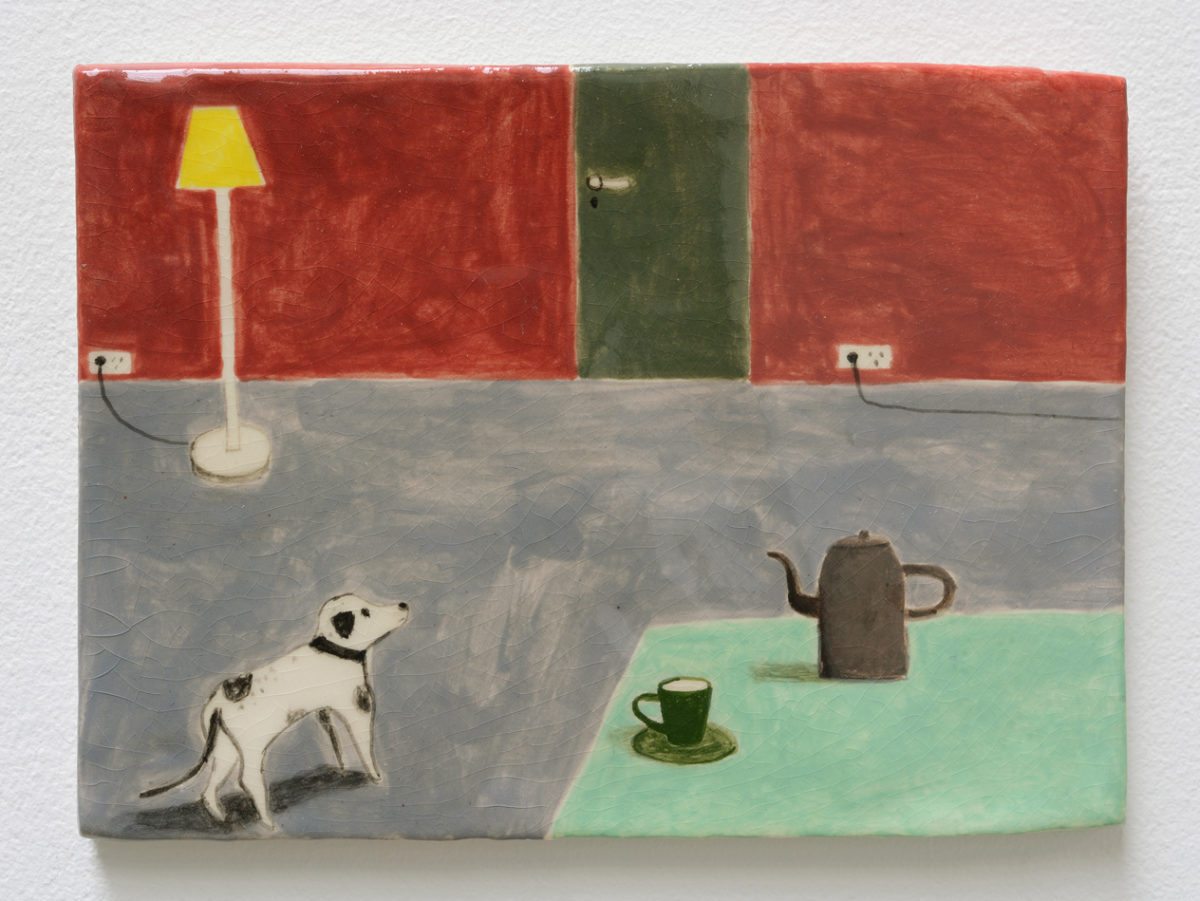 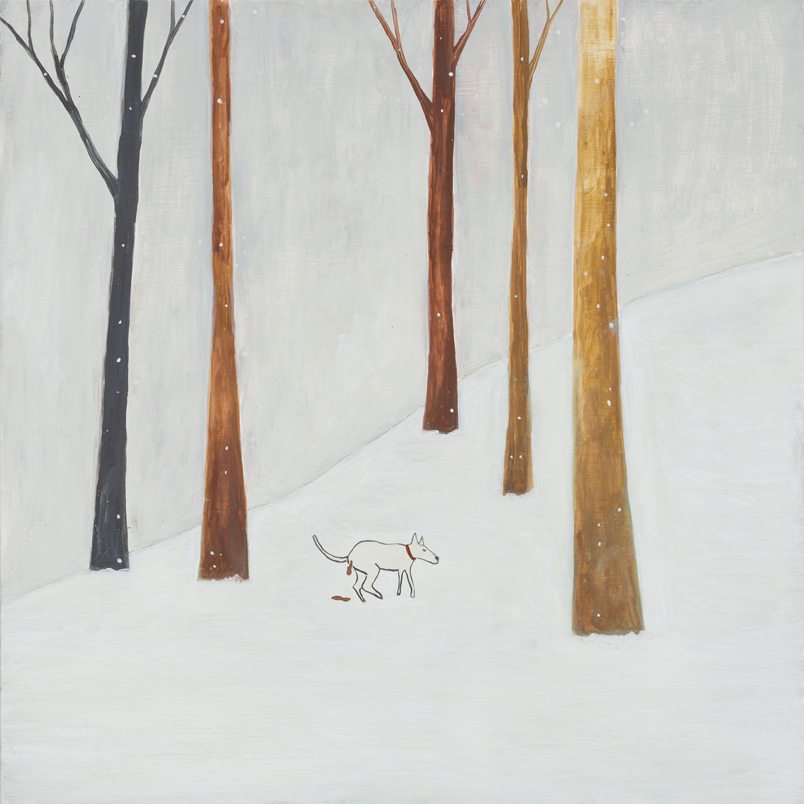 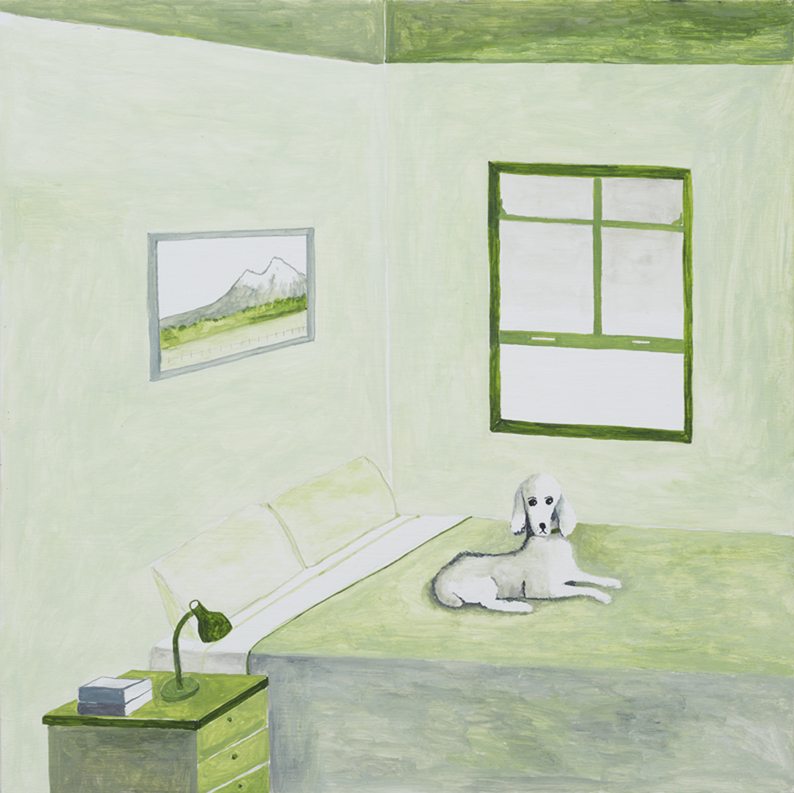 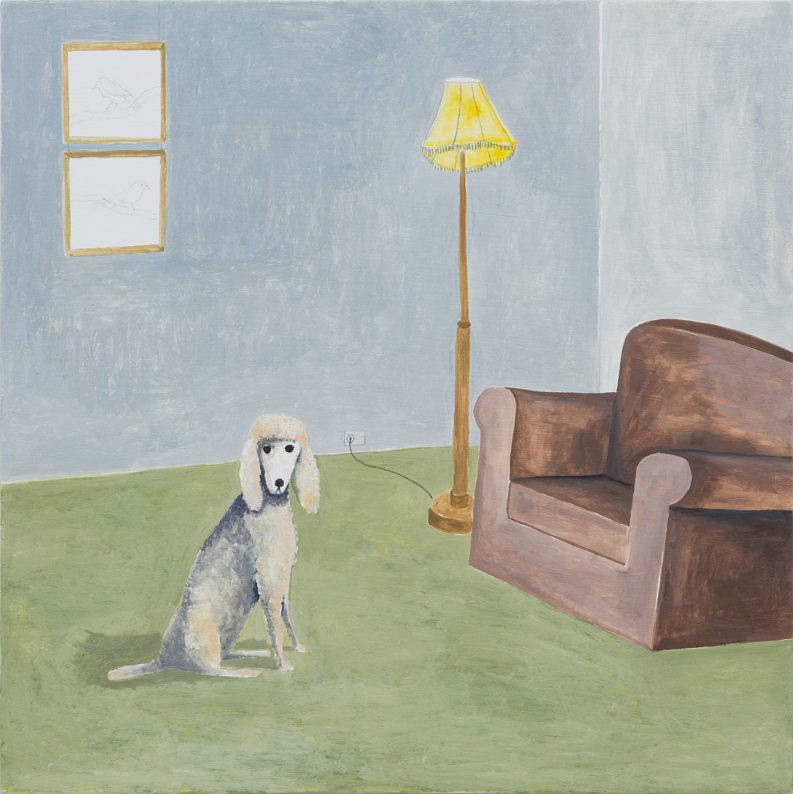 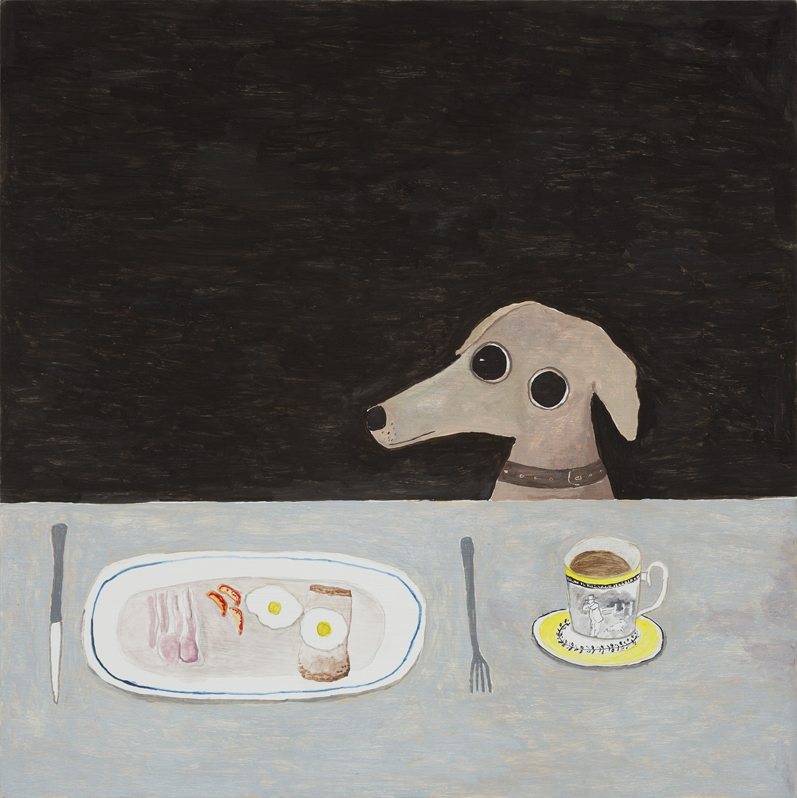 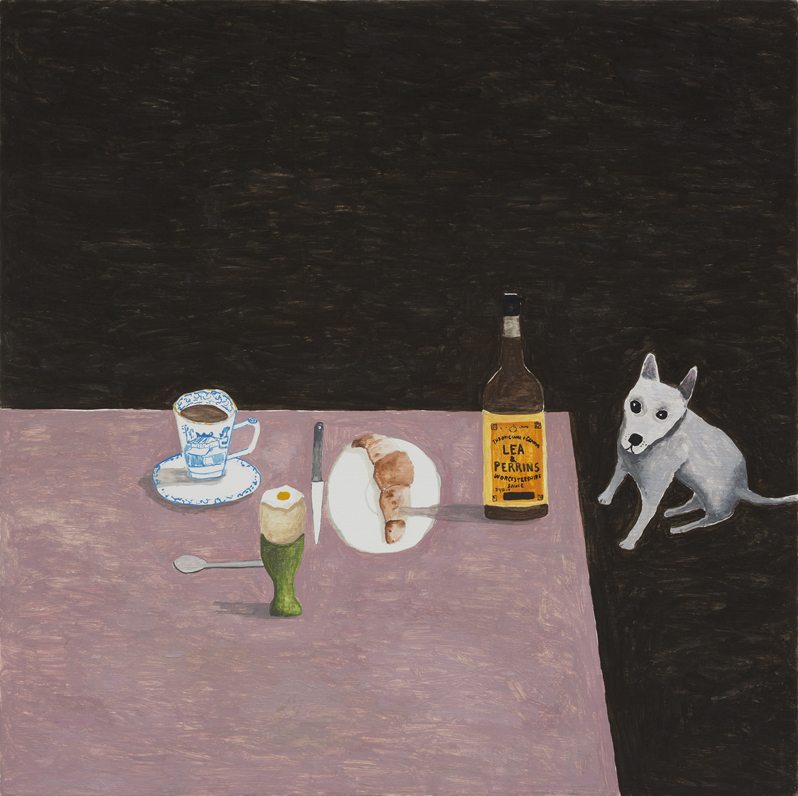 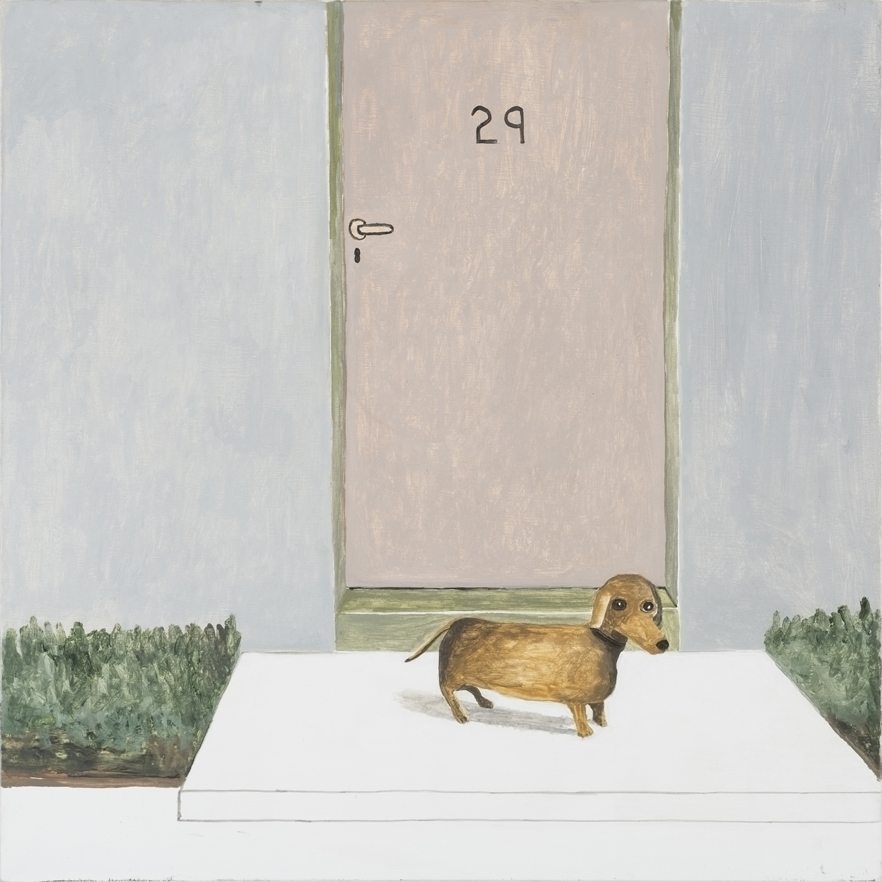 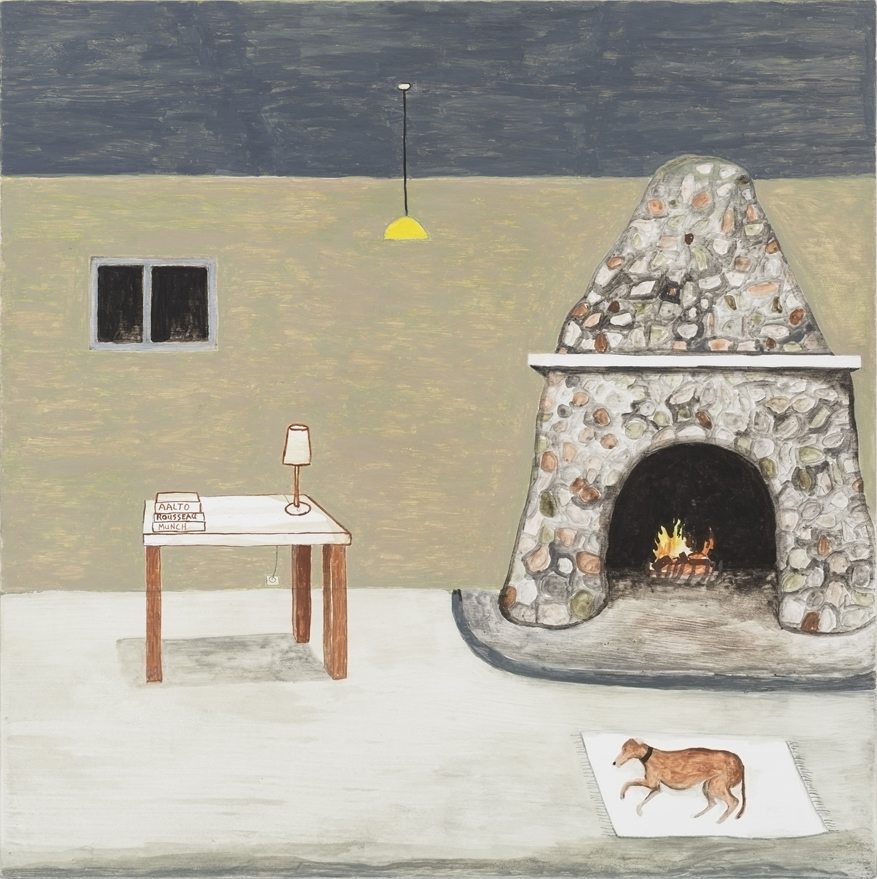 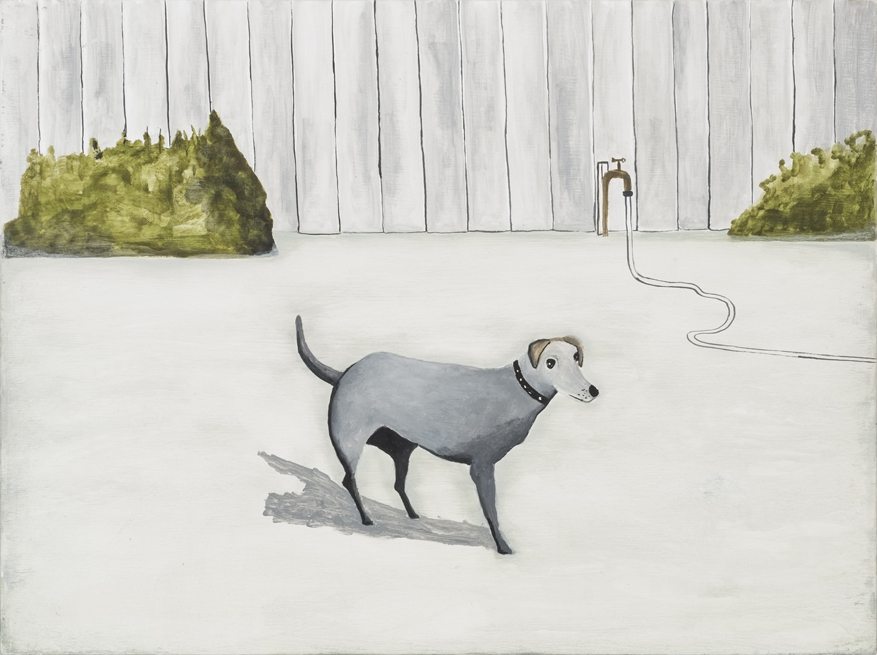 Domesticated dogs—as well as cats, horses and other animals we have come to tame—appear again and again in the works of Noel McKenna, often isolated, alone and with a far-off look in their eye. They have elements of the cutesy depiction of pets that we see often on social media, wide-eyed and gentle, but here they seem less complicit in their own domesticity, experiencing a palpable sense of angst (a feeling Kierkegaard claimed to have no hold on animals as they do not comprehend the power they have over their own lives—ironic for a pet then, who does, in fact, have very little).

“It is perhaps only in the last couple of years that I have begun to have thoughts about the sadness that can exist in the minds of our pets,” Noel McKenna tells us in issue 33. These animals aren’t ill-treated, but they aren’t fully themselves either. In many of his dogs we see the invisible presence of their absent owners: collars, grooming and human food and drink. Often the animals are enjoying the comforts at home, laid out on freshly-made beds, warming themselves in front of fires or sat, person-like, in front of a plate of food. They have nice lives, but is that enough?

McKenna is clearly an animal lover, capturing many quirks (especially of dogs) that make them so appealing to us. As a dog owner, he takes a rounded approach to his subject. “I have often thought about sadness in the pets I have had,” he says, “and I like to think that I have treated them all well. Despite this, they are in some way our prisoners, even if some get five-star treatment.”

All images courtesy the artist and Mother’s Tankstation LTD, Dublin