What is Orange Crush?

Billed as “a weird and wild publication focused on the intersection of visual art and professional wrestling”, Orange Crush seems to have come at an interesting time for the sport, which has smack-downed its way out of teenage boy tomfoolery and into popular consciousness. For many of us, that’s thanks to the runaway success of the brilliant TV series Glow, and its subsequent televised follow ups which tell the “real” stories of the glamorous ladies of wrestling.

In something of a bizarre twist, wrestling’s also taken off in a surreal way under lockdown. Musicians Jimi Riddle and Casey Hopkin decided to tackle their imposed isolation by starting IWF (Isolation Wrestling Federation), a “contactless” version of the sport that spiralled from a dedicated Instagram account into a celebration of the dressing up/character creation people have been up to at home, inspired by the iconic promo videos of the eighties and nineties.

All of this takes us nicely back to Orange Crush, which again, focuses as much on the visual side of wrestling as the violent side. Issue 1 is a full-colour, 100-page, perfect-bound book and is the first of what the founders hope to be an annual publication.

Who’s behind the magazine?

The magazine is a joint creation by husband and wife duo Adam Abdalla (publisher and editor-in-chief of Orange Crush) and Susan Globus (designer). Abdalla is the 34-year-old president of New York City communications and creative agency Cultural Counsel, and an avid art collector who’s long dreamed of conjoining his dual passions of art and wrestling. Over the years he’s travelled to watch live wrestling, including trips to shows in Arena México, Tokyo for the G1 Climax and Wrestle Kingdom, as well as various other Japanese events at Korakuen Hall. “I’ve always kept track of these threads of pro wrestling in popular culture and how it transcends,” Abdalla told Sports Illustrated. “Whether it’s New Jack and Johnny Grunge being mentioned in a Weezer song, or Offset rapping about Ric Flair, or even in philosophy, such as Roland Barthes talking about the sport as a performance in his essay The World of Wrestling.”

Abdalla’s “epiphany” around creating the magazine struck him at pro wrestler Joey Janela’s Spring Break 3 show last year, where he described seeing Janela and Game Changer Wrestling owner’s Brett Lauderdale’s ability to “push wrestling to its limit in terms of concept, almost to the point where it is a conceptual art”. He and his wife then started to work on the publication in 2019 as a family project around their day jobs.

Contributors include painter Carroll Dunham; multidisciplinary artists Cameron Jamie and Nicolas Lobo; photographer Lyndsy Welgos; curator, podcaster and creator of the Bad Behaviour zine Alissa Bennett; and writer Janelle Zara. There’s also a significant contribution from Self Help Graphics & Art, which was founded in 1972 and fosters the creation and advancement of new art works by local Chicana/o and Latinx artists through “experimental and innovative printmaking techniques and other visual art forms”, as well as establishing national and international collaborations to create worldwide cultural exchanges.

Why else should you read it?

First off, Globus has done a fine job with the design; we can’t get enough of that bright, bold masthead typography. The photography commissioning is also superb, mixing the more traditional, confrontational sports imagery with poignant looks at the people behind the masks and their lives outside the ring. The publication examines the sport through a lens that even those of us who feel totally disconnected from wrestling—perhaps from sport entirely—can enjoy, by looking at far broader cultural and artistic contexts.

“We can’t get enough of that bright, bold masthead typography”

Standout features include: a visual piece presenting East LA’s Self Help Graphics & Art lucha libre archive (the term used in Mexico for professional wrestling, characterized by those distinctive masks); and writer Eric Shorey’s exploration of LGBTQ and gender representation in wrestling, featuring Effy, Jamie Senegal, RJ City, Sonny Kiss, Jake Atlas and others photographed by Nick Karp. Elsewhere, Hunter Braithwaite’s essay examines Nick Gage in the context of the criminal lore surrounding him and his involvement in “deathmatch” wrestling: a variation of the sport only legal in a few American states in which fighters use weapons like broken glass, chairs and baseball bats wrapped with barbed wire, which Gage himself has described as “an art form… There’s barely any rules. It’s just one man vs. Another. Whoever wins, wins.” 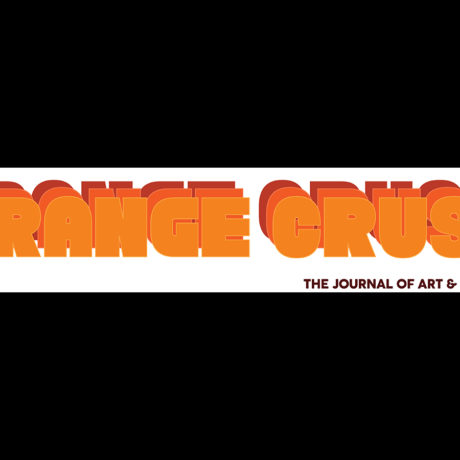