What does masculinity mean to you?Masculinity really is at the root of all problems. It’s a façade and a farce, so fragile to maintain. But it’s careless and reckless and sexy. I don’t know one way or another how I feel about the subject.

What do you think about this current notion of “toxic masculinity”. How do images of traditional masculinity affect you as a man, and as someone who deals with and creates images?
“Toxic” is such a strange choice of words, and I wonder really where that came from. I’m not responding to generalized images of men and all the trouble with that in the media. I am working with homoerotic and queer visual culture, and that’s got enough problems to deal with. We don’t even really have equity in representation in our own visual culture, but visibility is expanding.

How does your own masculinity intersect with other parts of your identity, and how does that also play into your work?
I am a cis-gender man but when I was a child and was beginning to understand this feeling of attraction to other boys, and men, I logically concluded that I should have to be a girl. I don’t think that’s an uncommon set of thoughts for young boys who will identify as homosexual or queer. There are photos in the family album of me prancing around in campy feminine ways at the ages of three and four but that was socialized away in childhood—school and all that. As an adolescent and as an adult I’ve never questioned my gender and have felt most comfortable presenting as a visibly masculine man.

But you ask about intersection, and I cannot escape the fact that as a child, as an adolescent and an adult, “black” is the adjective, what’s visible, and the social construct. I was a black boy, like the black boys killed by vigilantes yesterday and today. I am a black man, and I am ever conscious of my proximity to women, especially white women, as I walk the street as a pedestrian. I am conscious of moving in white spaces, and how well I do or do not fit into black spaces.

“Acknowledging friendship first and foremost as an aspect of sexuality, at least within my own friendships. That’s my starting point”

How does this play into my work? I don’t know. Perhaps there is masculine vanity, an attempt to look attractive in ways that I don’t usually feel in the day-to-day. My work has never been about masculinity per se, but I own the fact that the majority of the subjects appearing in my work are male. The inclusion of female and non-binary friends, when they appear, throws that into sharp relief. When I say my work is not about masculinity, I mean it’s not attempting to describe, undo or even question it. It takes it as a given, one of several givens. For better or worse. What my work is about is the openness of queer and homoerotic social structures, where there are slippery and less rigid boundaries between platonic, creative and sexual relations. Acknowledging friendship first and foremost as an aspect of sexuality, at least within my own friendships. That’s my starting point, and that convergence I think has a lot to offer when exploring photography as a medium of construction and desire, of looking and knowing we are being looked at. That erotic space doesn’t, I like to stress, seek to define the sexuality or gender of any participant. It’s not about who you are but how you play with it!

Next year you’re going to be presented in an exhibition at the Guggenheim, as part of a year-long celebration of the legacy of Mapplethorpe.
I hate Mapplethorpe and love his work.

After I read “Just Kids”, I kind of hated him too. He seemed ruthless.
I love Patricia Morrisroe’s official Mapplethorpe biography, and get a laugh at the trashy Jack Fritscher Mapplethorpe:  Assault with a Deadly Camera attempt at his life. I wonder if I would have liked him, slept with him or avoided him. What did Rotimi Fani-Kayode think of his work? Or maybe it’s the other way around. We cannot escape him, we must contend with him. It’s impossible to be black and in public in the presence of Mapplethorpe’s work. I oscillate between being a viewer and being seen, of watching the mythic consumption itself unfold. I wonder about the proximity to touch and control in his authoring the work. Of what unfolded before and after the shoot. I wonder if I’m caught up in the same game, and it’s uncomfortable and also grounding. But the work is so damn beautiful. It’s a terrible dilemma. I’m absolutely thrilled to be a part of the conversation.

That’s an important discussion to have, I think, as Hannah Gadsby raises in “Nanette”, about Picasso the painter and Picasso as a man and a sexual predator. The image of the artist plays into the way we perceive the artist’s work, I believe… What is the biggest myth about masculinity?
That’s a tough question! I can say that I’ve learned more about masculinity from my butch dyke friends and trans male friends than from any straight man. Without their contributions to the discourse, my basic cis-male subjectivity would fall flat. I am indebted to those who really question and deconstruct gender so I can see my own with more clarity.

This article originally featured in issue 38 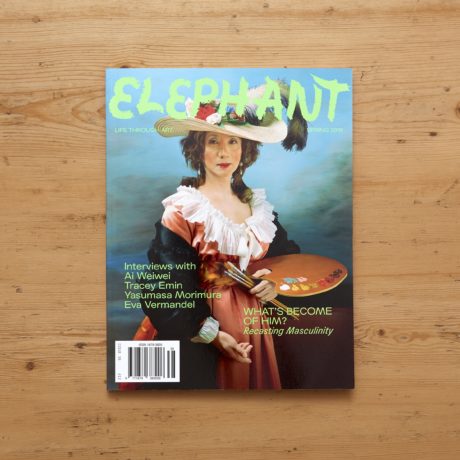