Refugium—Immigrant Stories is an entirely self-funded zine, printed and distributed from the home of its founder Ares Maia. The zine takes the form of a booklet that showcases the voices of six immigrants, each telling their unique stories of how coming to the United States has affected their lives. These tales range from an architect who emigrated to the US and worked on the Apollo 11 project to “accounts of struggling with learning language, culture and way of life”, as Maia puts it.

The zine’s overarching aim is to “illuminate the stories of a community that is often voiceless”, and the timing of its publication is no accident. Launched just after the US presidential elections, Maia says it felt important to publish the zine “during this pivotal moment” in America’s history. The format echoes the sense of immediacy that Refugium’s creator wished to convey, and she says it’s hoped that the zine can “open the eyes of people who don’t sympathise with these stories” and jolt people into respecting immigrants’ “narratives, family customs [and] accents”, as well as bringing about a greater empathy towards those with different backgrounds to their own.

Ares Maia is a filmmaker and designer whose work largely focuses on her experiences as an immigrant in the suburbs of the United States. She was born and raised in Brazil. In 2009, aged 12, she immigrated to the US where she says she experienced a “poor upbringing as a teen in a wealthy neighbourhood of Connecticut”. As such, her myriad projects “aim to shine a light on the depths of ordinary life, as well as serve as a place for me to free the shame” felt growing up, she says.

Fittingly, the first story in the zine is that of Maia herself. She details the home her family moved into when arriving in the US: all four family members shared one floor of a one-bedroom apartment, with no TV or living room—and no Christmas tree—and only a kitchen as a communal space. The shame she felt was in part due to the fact there was nowhere to have people over; not to mention that she was the only immigrant she knew in her town, and the only Latina girl.

“For ten years I would lie to my wealthy friends about my mom’s occupation and I would rarely bring friends over to our apartment complex,” she writes. Early on, she was mocked for her grammar by another girl at her middle school. “I used to stand in front of my mirror for hours practicing my accent,” she says in her story featured in the zine. “It used to make me proud when people said ‘wow you sound like an American!’ But now, I’m not so sure anymore.”

Maia sourced the zine’s five written stories from external contributors through an Instagram call-out to her close friends, seeking their personal stories about immigration. She got more than 60 responses, and says she “ended up choosing the stories that best represent the issues that many face”. These stories are accompanied by photography from Mexican-born, US-based artist Luis Manuel Diaz.

Aside from the illuminating contents of the zine, the simple colour palette and thoughtful design decisions add to the broader themes of Refugium and the stories within it. To compliment everyone’s favourite workhorse font, Helvetica, Maia chose Nazare, a high-contrast semi-serif font designed by Natanael Gama. “It was really important to me to feature a Brazilian typeface for the front of the zine to best represent the topic of Immigration,” she says.

The only colour used in the magazine (with the exception of the photographs) is green, chosen as a “unifying color to represent the rebirth and renewal that comes with immigration”, says Maia. Since the zine was printed entirely by the designer at home, the limited colour palette also made things more cost effective. 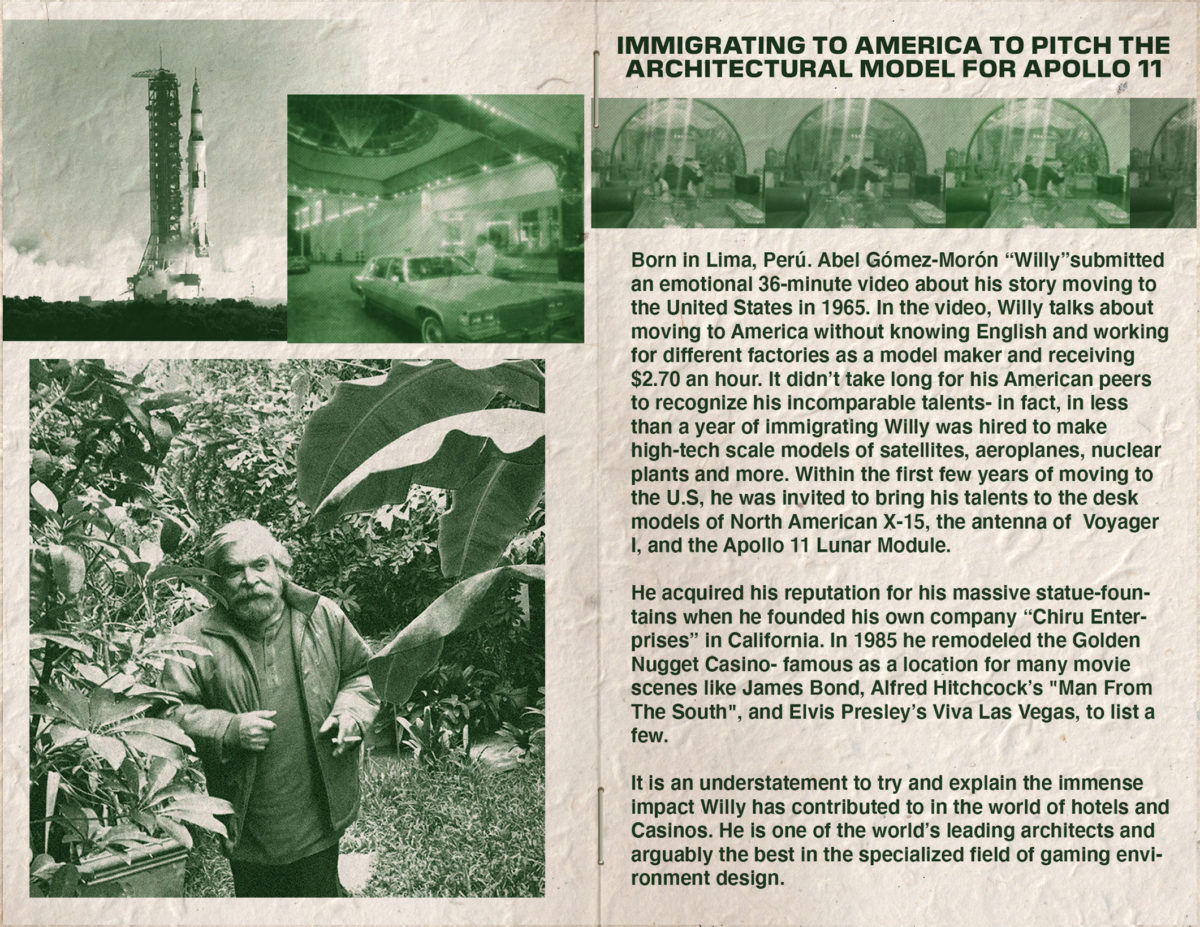 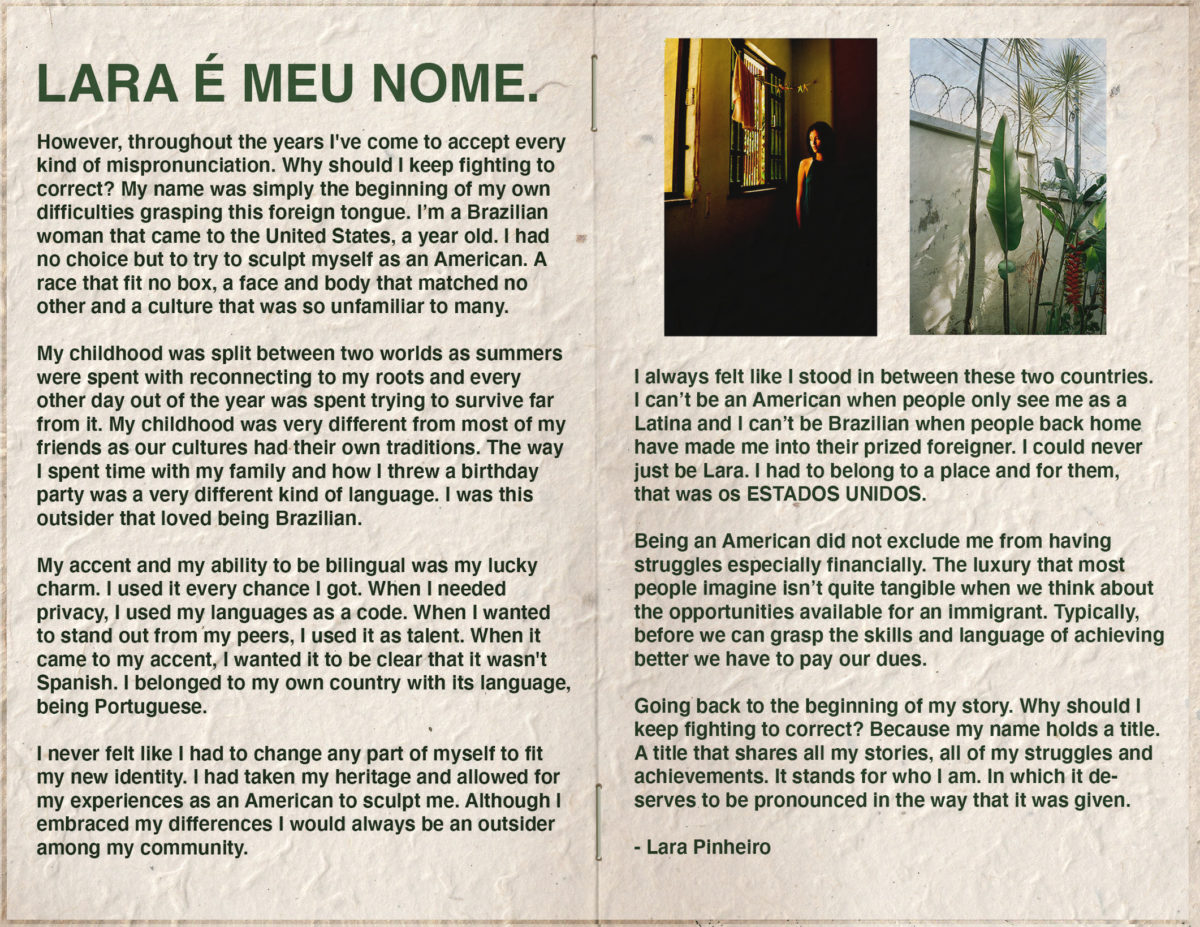 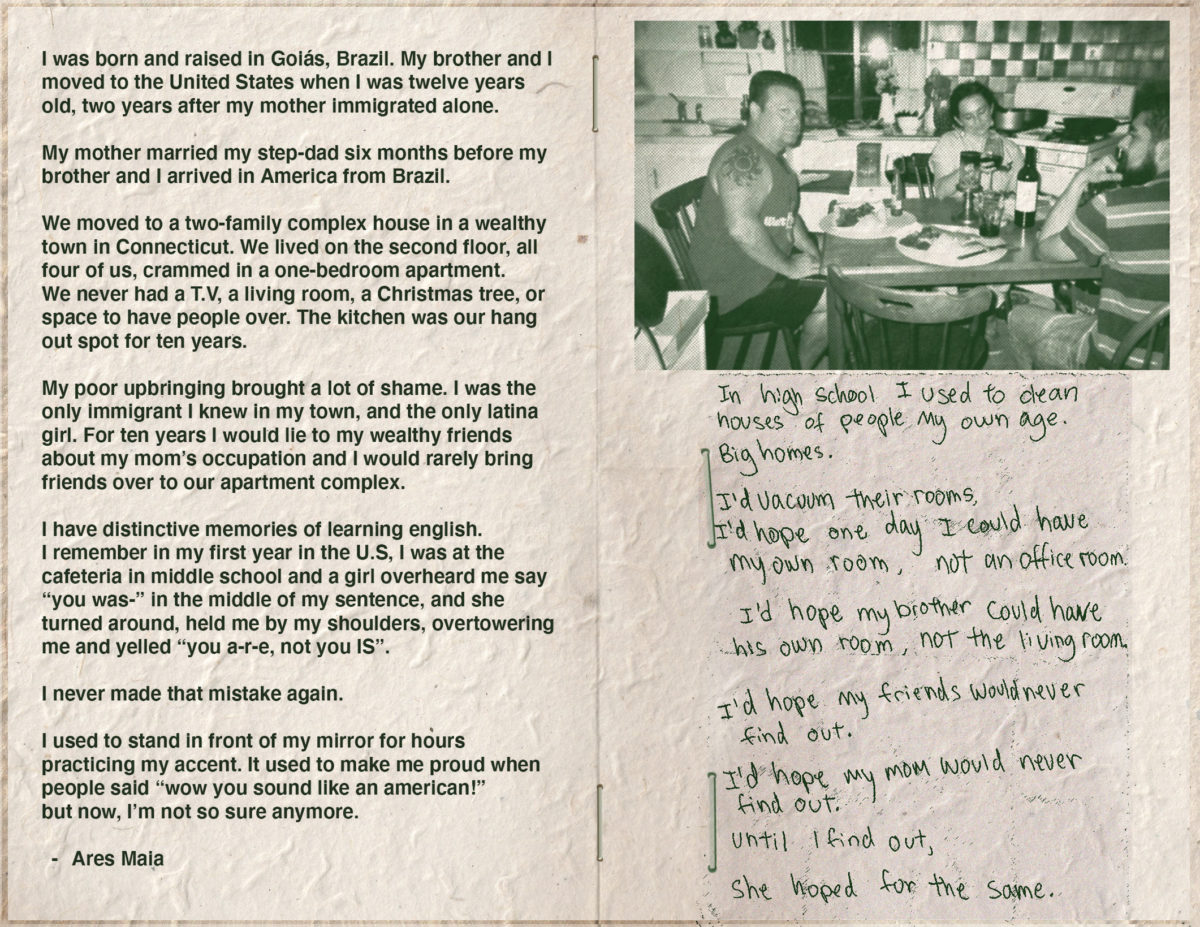 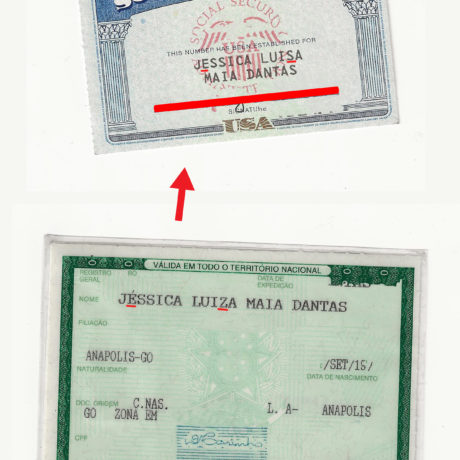