At the respectable age of seventy-four, you might expect that Caroline Coon would be enjoying the type of attention lavished on many of her (frequently male) contemporaries. She has been painting her provocative, unashamedly sexualized canvases for over five decades, after all, confronting the male power that is so often present in the art world. Instead, her work has been quietly overlooked for years and is only now starting to come into the light, following a long-overdue solo show at Tramps in London (curated by none other than Peter Doig, and on display until 22 December). Aptly titled The Great Offender, it nods to Coon’s important role in the British counterculture of the 1960s and 70s. Having worked as a groundbreaking music journalist for Melody Maker during this period, she even managed The Clash for a number of years. And yet, Coon never stopped painting; at last, the world is finally sitting up and taking note of her remarkable, in-yer-face talent. As they say, better late than never. (Louise Benson)

Meryl McMaster, On the Edge of this Immensity, 2019

Canadian artist Meryl McMaster conceives stunning photographs that root her existence within the distinct cultural landscape of her homeland. She utilizes sculptural costumes and props to build images that question the roots of her indigenous and colonial heritage and allude to the varying intersections between these communities, from the profound harm inflicted on the environment by European settlers, to the story-telling practices of the Siksika First Nation. Her impeccable staging places just as much emphasis on awe-inspiring vistas as it does her fantastical presence. The artist explains that, “I want to bring specific awareness to the broad consequences of colonisation and how the mentality of greed and/or lack of foresight is still impacting us today.” Her solo exhibition, titled As Immense As The Sky, is showing at Ikon Gallery from 4 December to 23 February 2020. (Holly Black)

You may have spotted Rijksakademie graduate Isabelle Andriessen’s sculptures recently in Turin (where she was presented by Waldburger Wouters at Artissima) or at the Lyon Biennale. If you did, you’ll know her work is one to watch, because it’ll never stay the same. The artist’s “living” sculptures, often large-scale, organic and ceramic, are injected with a substance that creates reactions and provokes changes in the materials over time. Crystals grow and spread, and unknown traces are left on surfaces—all beyond the artist’s control. Instead, Andriessen is like a chemist who galvanizes an experiment and then stands back to admire it all. You can see more of Andriessen’s work (it does demand to be seen in person) next year in France, Sweden and Poland. (Charlotte Jansen) 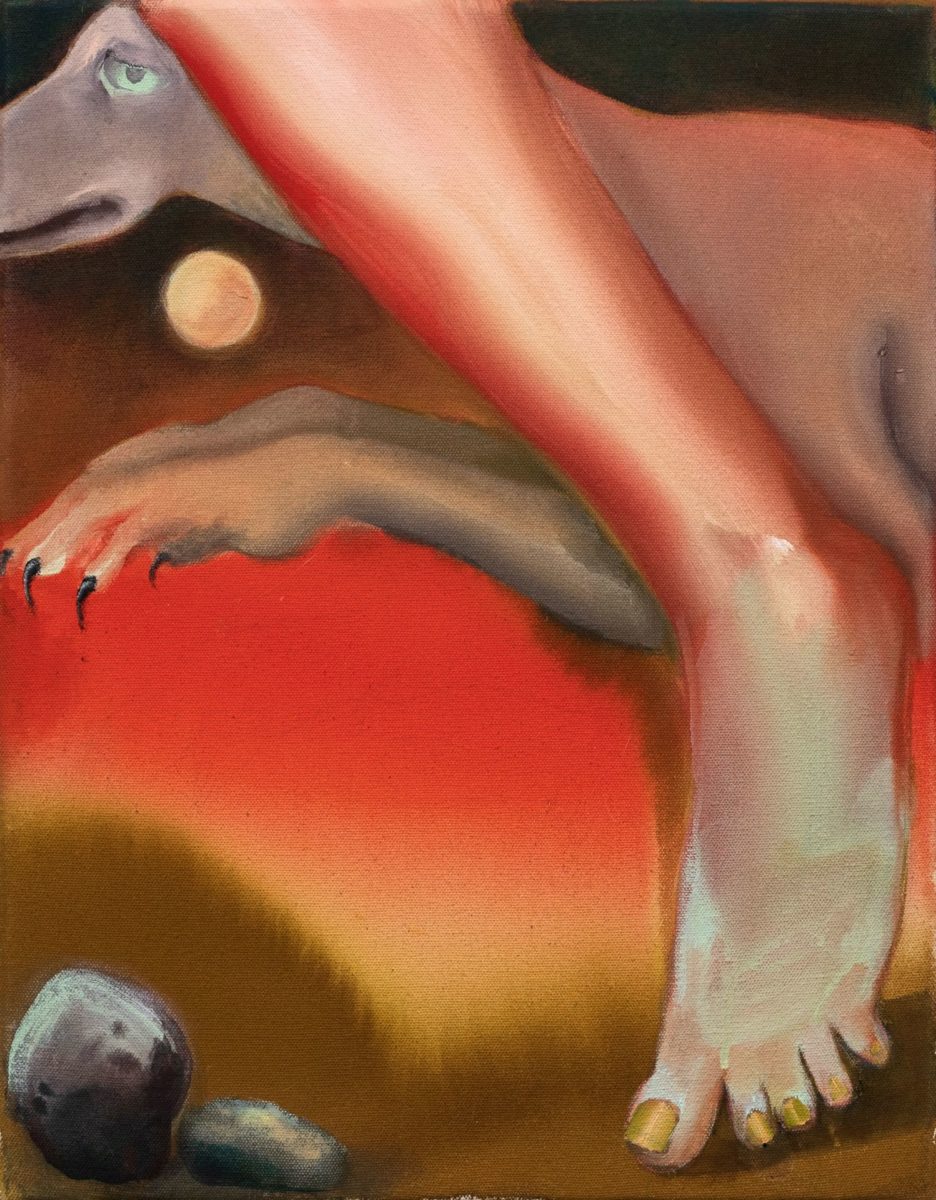 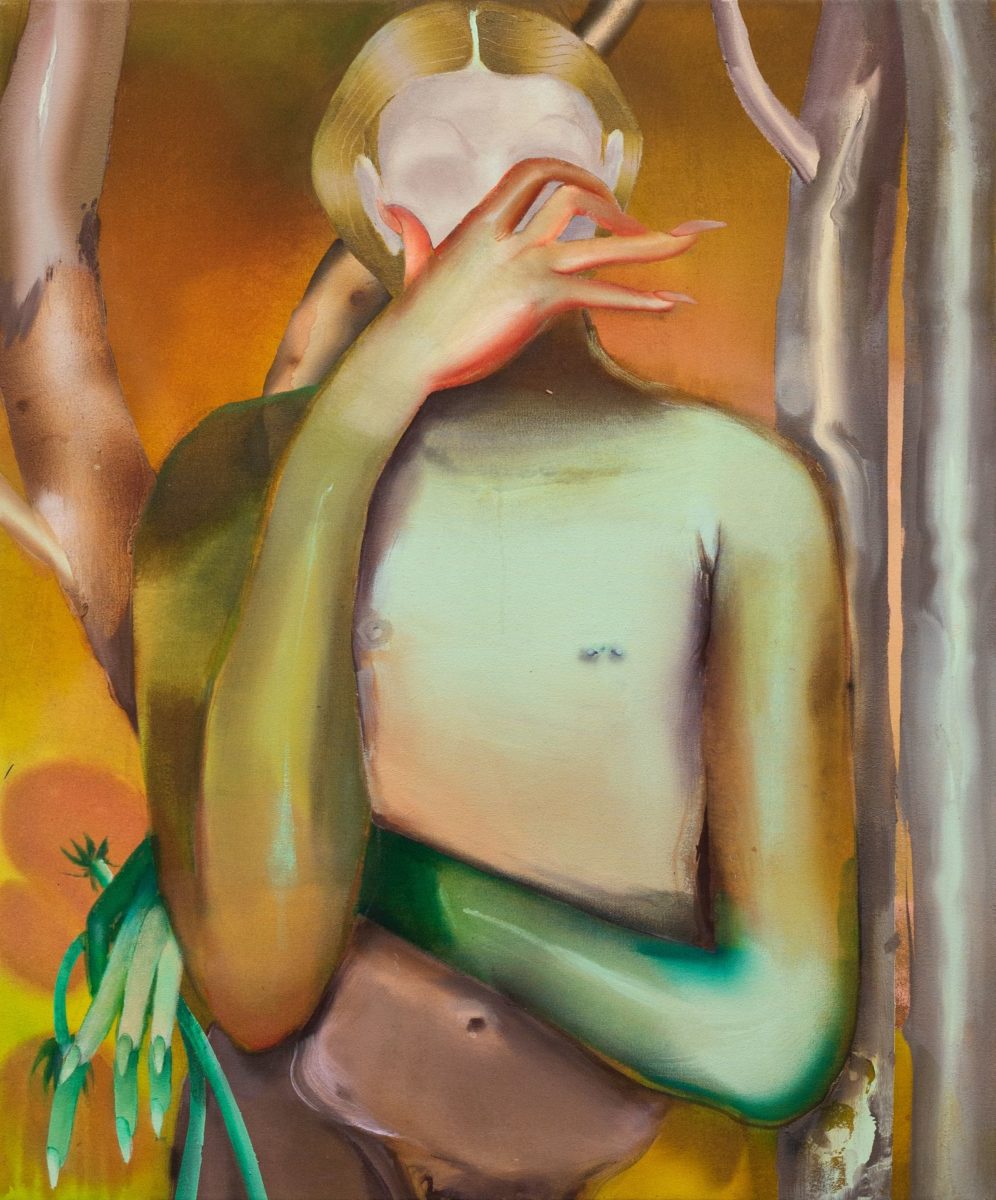 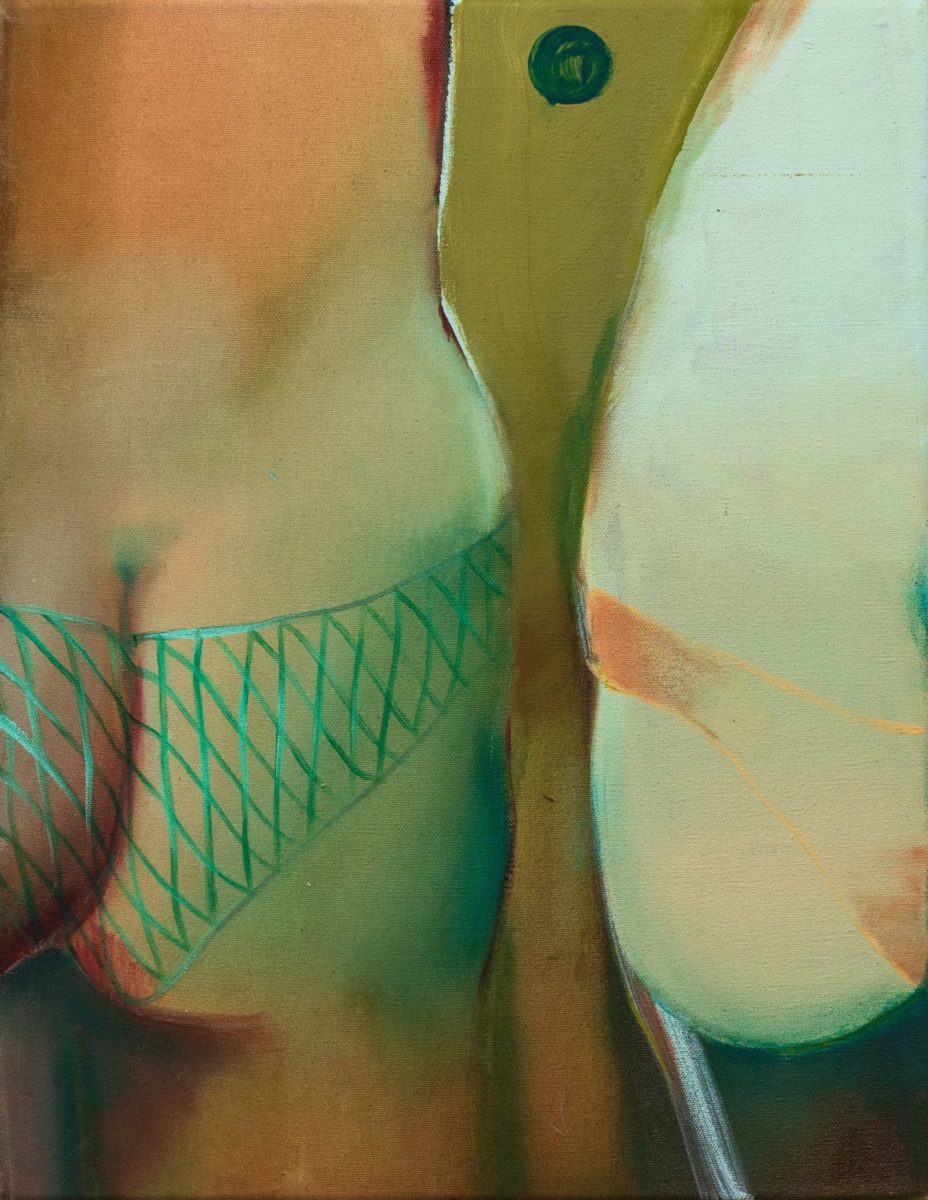 New York-based artist Elizabeth Glaessner creates fluid paintings that are at once beautiful and very eerie. Often, they zoom in on a body part or unusual angle on a tableau of sorts to give the viewer a woozy sense of displacement. Her pieces subtly look to kink and power, but with a strange detachment that makes them less about sexuality and more about power; as well as mythical figures such as the satyr. As such, her figures are said to be “shapeshifters”—free of the constraints of gender or historical, patriarchal power structures. Her paintings are created using pure pigments dispersed with water and various binders to form intricate layers and unusual colour palettes, adding to the overall sense of ambiguity. Glaessner’s work is currently on show at Public Gallery in London until 30 November alongside that of Rose Nestler in an exhibition entitled Power Walking. (Emily Gosling)

The Royal Drawing School in London always produces some very promising candidates from its post-graduate course. This year’s cohort looks to be no exception. Many of the artists on the course have not specialized in drawing prior to joining, coming from disciplines such as sculpture, painting and more. This makes for a richly varied selection of work, with students encouraged to develop their skills through prolific, experimental output rather than heavy theory. This year, the works of Katy Papineau stand out. Dreamy and devilish in equal measure, they feature horned creatures locked in close embraces, luscious outdoor scenes rendered in hot reds and deep blues, and the occasional mischievous satanic face. The graduate show is currently on display at Christie’s (until Tuesday 12 November). (Emily Steer)

At thirty-seven weeks pregnant, photographer Polly Brown was bossing it, installing her new exhibition in Amsterdam, AIRPORTALS. The series is a look at the sinister side of the security protocol at airports, where photography is usually prohibited. Over the last three years, rolls of film stashed in her bags when she travelled, Brown collected a series of abstract pictures, layered with damage caused by X-ray machines—an unwanted, ominous patina over the top of her own image-making. Conceptual and documentary-led, the series is perfectly representative of Brown’s continued interest in the ways photography can speak to us simultaneously in multiple languages, and how there is still so much we cannot, or don’t want to, see buried in the everyday. AIRPORTALS runs until 15 November at We Folk. (Charlotte Jansen)

Artist duo Iftikhar Dadi & Elizabeth Dadi have collaborated for over twenty years, utilizing a range of mediums to question contemporary identity, borders, globalization and memory. They often take inspiration from manufacturing, as well as everyday symbols that define urban life, from neon tubing to Bollywood and children’s toys. As part of Homelands: Art from Bangladesh, India and Pakistan at Kettle’s Yard in Cambridge (14 November until 2 February 2020), the pair are presenting works from the Efforescene series. These sculptural neon works take the form of flowers used as national emblems, by countries that have contested borders. These include the lotus in India, the clover in Ireland and the hibiscus in Sudan. The sculptural aesthetic, which mimics commercial signage, is described as “denot[ing] radiance, the blooming of a flower, and the flowering of civilization” but also reminds us of the abstract manner in which borders can manifest, which plant life certainly does not heed. (Holly Black)

As we find ourselves 100 years on from the boom of the Bauhaus movement, London’s Zabludowicz Collection showcases the work of Fay Zmija Nicolson. The British artist is hugely influenced by the design of the iconic movement, as well as historic costumes such as those produced for Commedia dell’arte. Her works bring together objects, sound and performance. For this exhibition, fabric items are draped around the space, suggestive of both static painting and the kineticism of costume: flowing fabric works are seemingly waiting to be worn and animated. This is part of an ongoing body of work entitled We Exist! We Have the Will! We are Producing!, which consists of large-scale digital prints on silk, taken from her watercolour paintings on graph paper. On Sunday 8 December at 3pm and 4.30pm Nicolson will present a new performance titled Bone, Breath, Gesture. (Emily Steer)

There might just be gold dust in the air, or so it seems when it comes to the work of Atlanta-based photographer Nydia Blas. Her latest series, The Girls Who Spun Gold, was developed from a girl empowerment group, started by the artist for teen girls of African descent in Ithaca, New York. Together, the girls read books, deconstructed rap videos, kept journals, danced and threw parties—all things that they felt were missing from formal education. The bonds created between them were formative to the series that Blas later weaved together, combining circumstance and magic to tell an alternative story of girlhood through a black feminine lens. There is vulnerability and tenderness in these images; in one, a girl uses a hand mirror to look between her legs, while in another, a heavily pregnant young woman stands proudly front-on to the camera, her belly coated with honey that drips slowly to the floor. The series is currently on display as part of the Lisbon Photo Festival, until 17 November. (Louise Benson)

Kate Daudy’s ambitious installations take on bold topics, like life as a refugee in Syria—as shown at St Paul’s cathedral in the form of a tent-based piece named Am I My Brother’s Keeper. Now, she has looked to Tutankhamun for her latest installation It Wasn’t That At All, created as part of her artist-in-residence programme at the Saatchi Gallery. The piece was developed over ten months, working with Egyptologists, scientists, musicians and historians. The installation responds to Saatchi’s Tutankhamun: Treasures of the Golden Pharaoh show (running until 3 May 2020). Daudy’s combination of broad, universal themes and those specific to Egypt merge with the artist’s personal reflects on notions of identity and faith, making for a thought-provoking contemplation of topics we must all face but rarely want to—death, loss and how we collectively deal with these. (Emily Gosling)