The bag of skittles carried by Trayvon Martin as he walked home to his father’s partner’s house in Florida on 26 February 2012 have become a symbol of innocence to counter the charge that his killer, George Zimmerman, was acting in self-defence when he shot the teenager. Senegalese photographer Omar Victor Diop here uses the sweets to create a sprawling bed for himself as he takes on Martin’s likeness, the vivid colours of the sweets acting as a foil to the lifelessness of the slain figure.

The image is part of Diop’s Liberty series (2017), where the artist combines self-portraits and character works to draw attention to the breadth of the African diaspora, its members’ achievements, tragedies and conditions portrayed together. Diop mirrors his position as Martin in Aline Sitoé Diatta, 1944. A key figure in the Senegalese resistance to French colonialism (its economic extraction especially), Diatta’s death in French custody in Mali, 14 years before Senegal gained independence, made her a prominent martyr.

As with Martin, Diop chooses to depict his subjects in death, though their sleep-like, uninjured poses and the halos of material around them create a tone of clean veneration. The injustice and violence that both experienced are banished from the image, ensuring that Diatta and Martin can take their places among Liberty’s other characters.

Diop’s aim in this series and also in Diaspora (2014) is to create a sense of interconnectedness among all those of African origin—both series, along with the artist’s latest, Allegoria (2021), are included in a new photobook. Tales of white supremacy, police violence and racial inequity are painful, but necessary topics to include if this shared experience is to be accurately reflected. 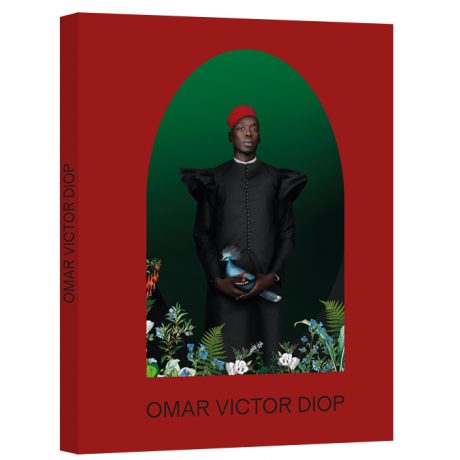