We are, supposedly, living in the Golden Age of Television. Two decades of blockbuster box sets, artistic advances and technological innovation have ushered in a small screen renaissance. Television has staked a claim to high art.

It has also come to a kind of end—a terrestrial apocalypse, as it were. Television as we know it no longer exists. On-demand platforms and streaming services have put paid to the days of communal viewing. Television simply isn’t television any more.

All of which makes the mock television studio set up in Somerset House an intriguing proposition. The brainchild of three resident artists—theatre designer Chloe Lamford, visual artist Mel Brimfield and filmmaker Ewan James Morris—TBCTV is an installation space set up to interrogate all things TV. Its message is the medium: its aesthetics, its ubiquity, the way it’s shaped the world. The trio has effectively created a channel that never broadcasts, a television studio minus the cameras. Take them away, it asks, and what have you got?

A reception desk doubles as a box office and, as before any studio broadcast, TBCTV’s audiences are held in a green room pre-show. In it, five television screens display an exhibition of video art. There’s a human cartoon by Mary Reid Kelly with actors in squidgy animal costumes, and a twisted advert played out by preachy plastic dolls. Taken together, they form a fictional archive: the classics of a channel that never existed. Spoof covers of Take a Break style TV guides hang on the walls with fake stars beaming out. Model studio sets—space-age game shows and sober newsrooms—suggest shows we’ll never see. It’s as if TBCTV has a whole history of its own.

It certainly has its own identity. Wherever you look, its logo stares back—a perfect spoof that’s too retro for words. Caps-lock letters slant across a blue triangle in the old-school TV tricolore of RGB pixel screens. It’s a relic of an analogue, pre-HD age; a reminder that nothing dates quite like TV. As technology shifts, old shows curdle like milk: grainy black-and-white studio sitcoms laced with canned laughter, whizzy computer-generated graphics bouncing around the screen. TBCTV’s a throwback: as naïve as it is nostalgic.

That’s the point, says Brimfield. “We wanted to hark back to its heyday; the point when television was a destination and the entire country sat down to watch together.” It’s a reminder that the box, like the stage, was a space for communal experience.

The studio itself is a green screen dream, lined with lime curtains. There’s a theatricality in that: the sense that any backdrop could be superimposed. “It could hold anything,” says Lamford, just like Peter Brook’s empty space. It becomes a fluid performative space, but an uncanny one too; stripped of its purpose, but carrying on regardless. In the two specially commissioned performance pieces—Mel Brimfield’s channel-hopping Beginning to End and Tim Price’s daytime TV drama Elevenses—performers play to nobody in particular, addressing a non-existent viewing public and smiling fixed smiles that ring false in the room. It’s vaguely deranged: television as delusion; or, perhaps, collusion. After all, at some level, we’ve all tuned in.

“Television’s easily satirized. Its formulaic nature makes it ripe for ripping off”

Brimfield’s piece lays out its lunacy. A dash through the stuff on our screens and between channels, it’s a series of sketches in which Arthur Darvill and Inès De Clerq spoof televisual styles. Dressed in choppy test card suits, they play chummy game show hosts and chin-stroking newscasters, purring nature presenters and gummy celebrity chefs.

Each register has its own lexicon of gestures and vocal tics and, by removing those performance registers from the screen, Brimfield reveals them anew. They’re at once completely familiar and all sorts of bizarre, but mostly, they seem completely insincere. How, you wonder, did we swallow these tropes? How did they cement themselves to become standard? Darvill’s talent contest MC becomes a gurning cheeseball desperate to be liked, while De Clerq’s quiz contestant becomes a stuttering, uncertain wreck.

But television’s easily satirized. Its formulaic nature makes it ripe for ripping off, and only half of Brimfield’s spoofs really hit home. They tend towards a randomness that can feel featherweight, which might be a virtue were this a durational piece—a comment on the need to keep filling up air-time, and the emptiness and exhaustion that inevitably results.

Instead, Brimfield’s trick is to slowly shuffle things up, so that sound dislocates from image and scripts go astray. Melancholic monologue sits over shots of romantic leads, hushed nature commentaries accompany images of eggs under the whisk. It’s as if the TV’s got its wires crossed, like synapses misfiring. Everything starts to bleed into everything else: adverts into programmes, entertainment into news. Television becomes a vast feedback loop where everyone’s selling you something, even if only an aspirational dream; and the world, gradually, starts to go down the tube.

Elevenses argues much the same thing. Price’s short comic play opens after a catastrophe: two cream sofas are splattered with blood, a coffee table’s in absolute disarray. There’s been some sort of incident live on-air, and Elevenses’ hosts Poppy and Kay have been hospitalized. Panicked TV handyman Richard has been thrown into the fray. “Save the show,” his producer hollers. “Save British TV.” “I’m wearing shorts,” he replies.

It’s a cracking opening: live TV sends the stakes sky-high. Clutching his earpiece like a lifeline, buzzed by his big break, Darvill’s fantastic as the rattled handyman—particularly when quizzing his first guest, an author hawking her guide to divorce who happens to be his very own ex.

A satire on the superficiality of the small screen, with its perfect TV couples and scripted domestic bliss, Elevenses brings the whole charade crashing down. Even if its emotional pile-up never quite delivers the promise of its livewire start, it’s a piquant little farce that highlights the futility of keeping the cameras rolling at all costs—even as television’s time has come and gone.

Until 7 October at Somerset House, London 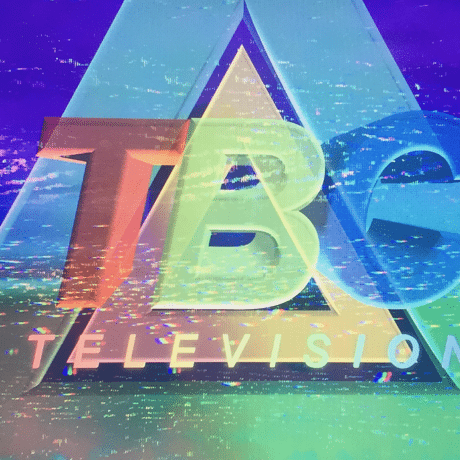