Tucked away in northern Italy, an hour’s drive out of Turin, is the Capella delle Brunate, or the Barolo Chapel. A little-known artistic marvel, this simple dwelling was transformed from a humble shelter to a rainbow-hued dream palace by none other than Sol Lewitt and David Tremlett in 1999. Originally constructed in 1914 as a place of rest for the workers in the surrounding vineyards, the chapel was never consecrated; instead, it fell into disrepair over the years. It wasn’t until the Ceretto family purchased the building during the 1970s, along with several acres of land, that the location flourished with the astute introduction of the artists to the unique project, which collapses religion and a secular belief in the transportive power of art; a riot of colour with a pervasive sense of calm. 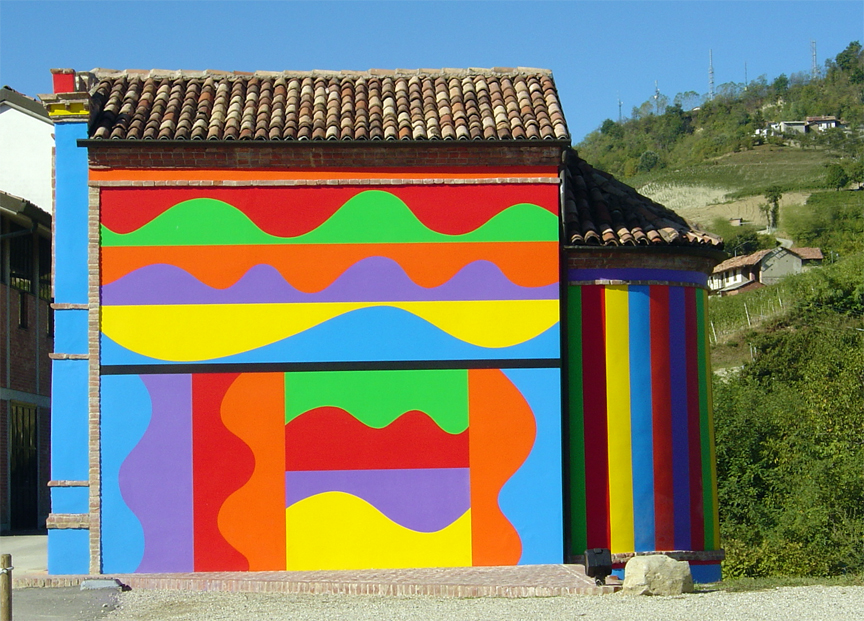 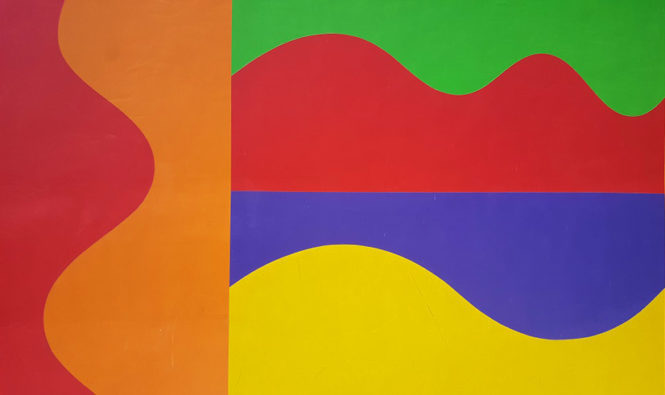 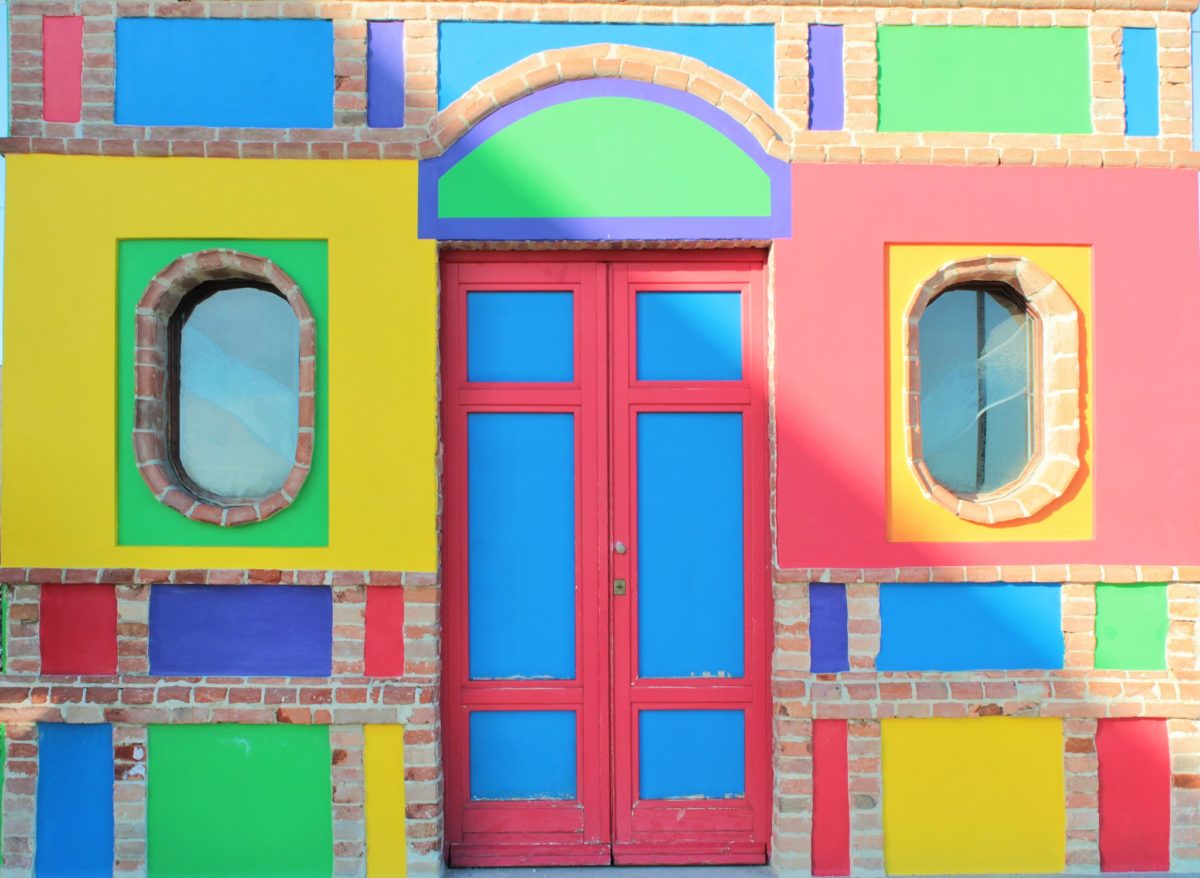 Famed minimalist art icon Sol Lewitt needs little introduction, with his large-scale, multidisciplinary practice that led him to exhibit in hundreds of shows worldwide during his lifetime. Meanwhile, English-Swiss artist David Tremlett has covered the walls with his distinctive drawings and soothing block colours everywhere from the Tate Britain to the MoMA. These two legendary artists (and good friends) were invited to transform the Barolo Chapel by the Cerettos, following a temporary exhibition by Tremlett on the estate. Lewitt tackled the exterior of the chapel, while Tremlett undertook the painting of the interior. Lewitt’s vision is an explosion of bright colours (think a bag of skittles candy that has exploded at an architectural scale), while Tremlett’s interior is all earth-tones and deeper natural hues, combined with marble and Murano glass.

The Barolo Chapel is surrounded by richly fertile land in the Italian countryside, where grapes are grown for the family’s lucrative wine business. It’s a setting reminiscent of a Luca Guadagnino movie, all lush open fields and dilapidated outhouses, and one romantic enough to spur Lewitt and Tremlett to take on the unusual commission; they were even paid in wine from the cellars. The chapel was used as a makeshift garage before the artists got their hands on it, and the region received little in the way of cultural visitors. The freshly painted chapel has transformed this fate, although it remains under-the-radar as an artistic destination.

A journey out of the city offers welcome respite a the best of times, but an architectural intervention such as the Barolo Chapel challenges the more sedate stereotypes of the rural retreat. Instead of quaint farmhouses and rolling hills, an acid-bright array of pinks, blues and greens await—as designed by Lewitt himself. It offers a sizzling smear of colour on the horizon, while inside Tremlett’s natural hues provide a soothing reminder of simpler times—Tremlett even applied the paint with the palms of his hands, so as to soften the effect. There is escapism to be found at this chapel, where a more intuitive way of working has been embraced, and convention is left behind.