Anni Albers’s introduction to weaving might have seemed inauspicious. Despite Walter Gropius publicly promoting an open admissions policy, when Albers arrived at the Bauhaus in 1922, she was shut out of the construction department: the only classes open to women were weaving workshops. After initial dissatisfaction she took to the discipline enthusiastically, beginning a lifelong artistic project of writing, weaving, drawing, design and research that took her away from Nazi-era Germany to the experimental hotbed of Black Mountain College in the thirties and then on to Yale and Connecticut in the seventies, where she stayed until her death in 1994.

Albers is having something of a revival at the moment­­––an excellent solo exhibition of her work at the Guggenheim Bilbao has just ended, she featured last year in a group show at MOMA and in a dual show at Yale and, finally, two books by her were published towards the end of last year: a monumental reprint of her essay On Weaving and this exquisitely produced set of around eighty sketches on graph paper, entitled Notebook 1970-80.

The Notebook is a facsimile of sketches Albers made in her seventies—designs and ideas for prints and textiles—in a standard, slightly ragged book of graph paper, held together by yellowing sticky tape. In the sixties Albers was turning away from textile production and beginning to explore printmaking and design; in 1970 she moved house to Orange, Connecticut, leaving her looms behind and applying herself fully to the graphic arts. These drawings represent the efforts of a septuagenarian, with a long and acclaimed career behind her, playfully pushing herself onwards into less well-explored territory.

It’s in this sense of play, in experimentation between and within different sketches in the Notebook, that these deceptively simple drawings begin to come alive, with a gradually building, almost psychedelic intensity. At first their rough simplicity makes them feel like doodles. For the most part Albers is working with a single basic unit—half a shaded square of graph paper—yet through her command of shading and rhythm she’s able to conjure up mind-bendingly weird effects; mountain ranges, cityscapes, mazes and knots all seem at different times to loom vertiginously out of her pages. Sometimes the visual language of topography or mathematics creeps in, at others it’s painting or fabrics, and in a run of six puzzle-like studies of interwoven string made in the late seventies, the drawings even take on a cartoonish vivacity.

This variety and willingness to toy with radically different grammars is no surprise: Albers, following her training at the Bauhaus, frequently sought to understand weaving in the context of the different disciplines that surrounded it––painting, writing, photography, sculpture and, principally, architecture. Indeed, for Albers weaving and architecture were identical disciplines operating on different scales, both intimately concerned with how “material surface” works with “material structure” to gain an effect, and how the “overlapping of outer and inner characteristics” could be manipulated and crafted. Through this sensibility she’s able in these sketches to produce the illusion of all sorts of tactile and structural effects, aided by the excellent reproduction of the pages—the designers and photographers at David Zwirner books have done a great job—preserving minute gradations of shading, along with blotting marks, aged tape and smudges all rendered in perfect detail.

It’s perhaps tempting, as a result of Albers’s “rediscovery”, to think that this is a case of today’s “progressive” era finally giving an underappreciated artist her due. Albers worked in a discipline traditionally viewed as feminine, she was a student and ardent admirer of South American weaving, thought of as a niche interest in the US (“I will be accused of crass one-sidedness in my feeling of awe for the textile arts of Peru”) and she was married to Josef Albers, who achieved great fame as a painter in the post-war era––all these things perhaps contributed to her relative neglect towards the end of the twentieth century. In one particularly painful example of idiocy I came across while researching this review, an article on Black Mountain College from the early seventies captions a photograph of Josef Albers “with his daughter Anni”. A sheepish correction in the next issue clarifies that the young woman in the picture is a student and that “Anni Albers is Josef’s wife”.

However, it’s worth remembering, as Andrew Dickson recently has, that Anni Albers achieved great renown in her time––in 1949 MoMA put on a solo retrospective show of her work, the first such show ever devoted to a textile artist. Throughout the rest of her life people published books about Albers and arranged exhibitions of her work; perhaps the sense that she’s been rediscovered now may say more about the questionable gender politics of the art world in recent decades, than about the times in which she lived and worked.

Out now with David Zwirner Books 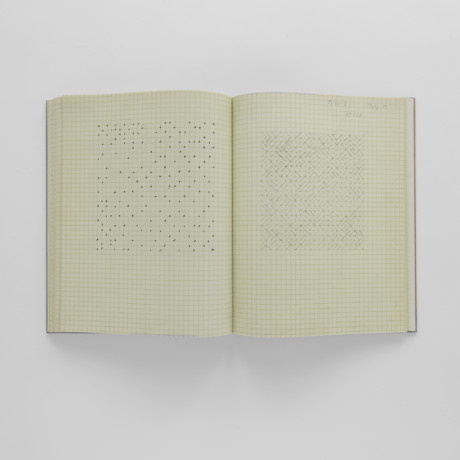