Born out of a four month residency at Academy Costumes, Tanoa Sasraku’s latest moving image work O’ Pierrot reimagines the sad clown figure we know so well. She plays Pierrot herself, weaving a semi-autobiographical tale of the search for a British identity from a mixed-race, lesbian perspective. We also meet Harlequin Jack; “a crazed black man in whiteface, driven mad by his own quest for British acceptance”. Taking inspiration from Kenneth Anger’s blue-hued Rabbit’s Moon, the pantomime-style drama unfolds in a leafy forest scene, momentarily flipping to an underworld of dream sequences. Sexual frustration, anger and confusion prevail as Sasraku delves into her experience of growing up in rural Devon, and her desire for acceptance in the UK as it becomes increasingly divided.

Forming the bulk of Sasraku’s work are her flags, one of which appears in O’ Pierrot with a peephole for its characters. Newsprint is layered, machine-stitched and treated as fabric, bound together using Japanese book-binding techniques and hung on masts borrowed from Samurai battle standards. Whop, Cawbaby is a short, almost documentary-style film in which the artist returns home with her flag Swaling Gorse, holding it against the wind in the sublime and desolate landscapes of Dartmoor. With titles that borrow from provincial dialect, she describes her work as a secret exchange with the land; a way of communicating with its people without the prejudice of face-to-face conversation.

I was really fucking nervous to do it because I hadn’t done any performance before. Being at Goldsmiths, my idea of performance was very… white women writhing. The umbrella of white female performance didn’t really fit my idea of what my art is, but the story of Pierrot felt very autobiographical. I thought it would be good if I knew exactly what I wanted the character to be like. There were certain gestural references to Rabbit’s Moon that I had in my mind and I wanted executed. Rather than having to explain that to someone else I could cast that looked like me, I just thought I should be brave and try it and see how it goes.

“Being at Goldsmiths, my idea of performance was very… white women writhing. It didn’t really fit my idea of what my art is” 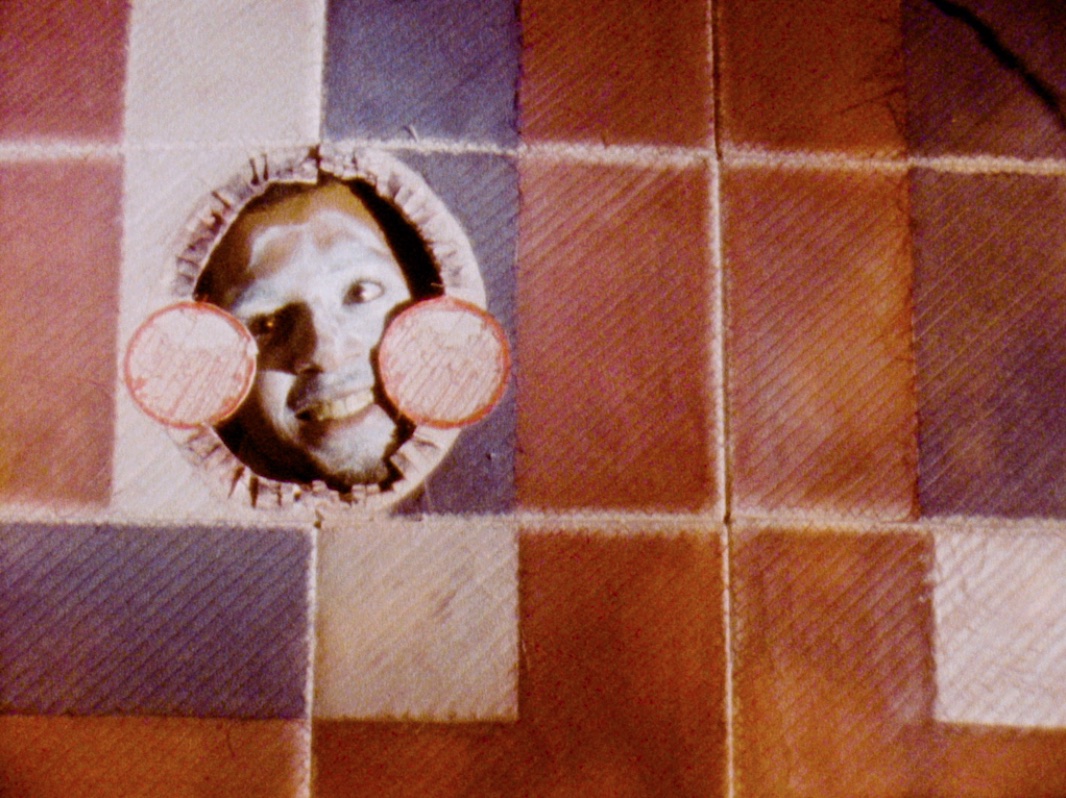 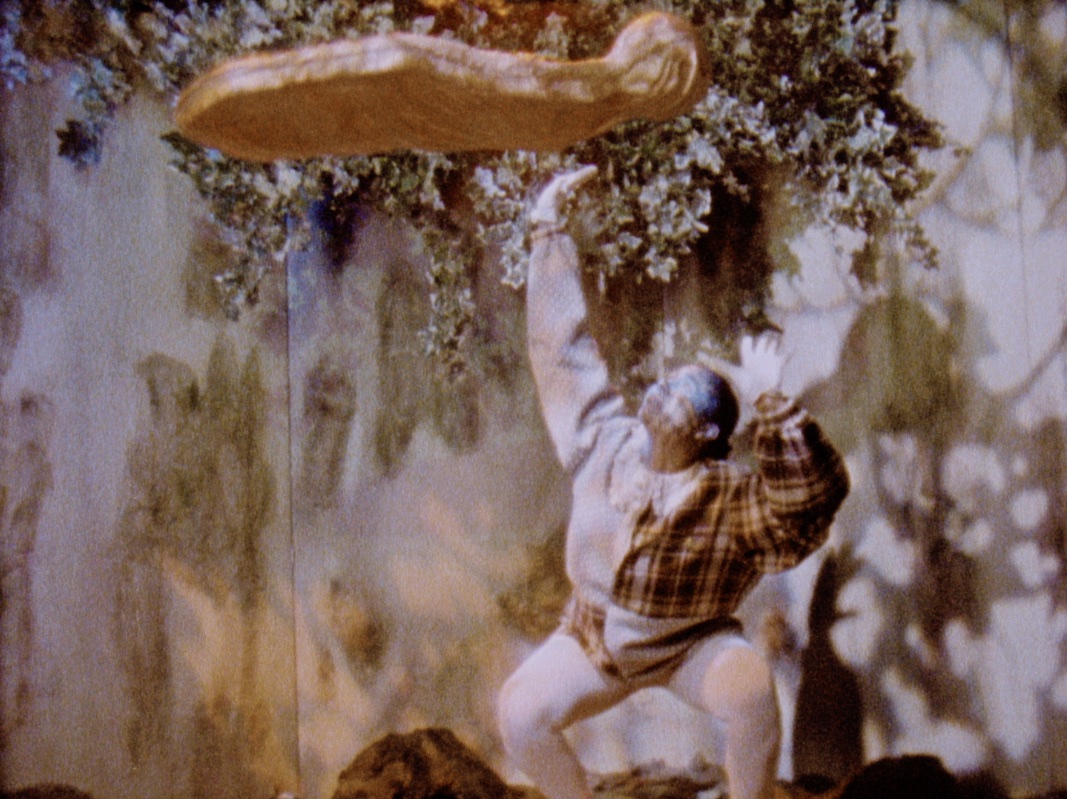 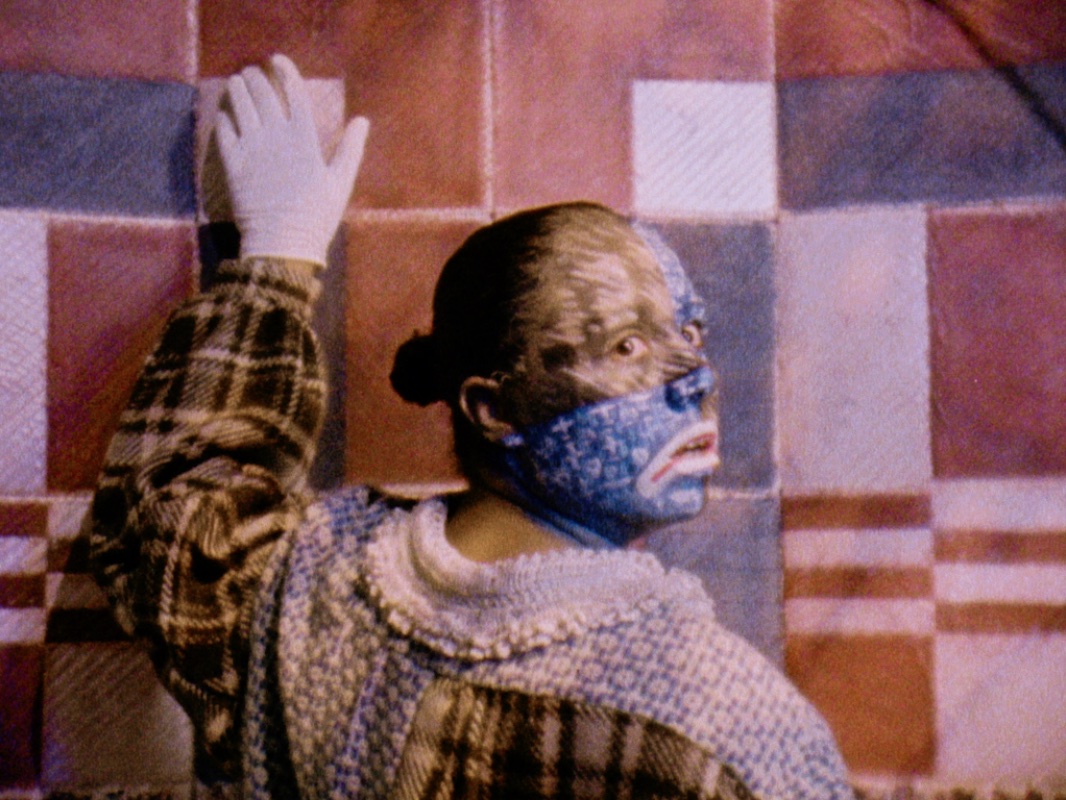 Was the harlequin an alter-ego for you, too?

Yes, but I think the harlequin was more of a historical reference. With Pierrot, I really wanted to talk about my experience in the English countryside, but with the harlequin I wanted to reference more grotesque racist historical events and behaviours that have happened. Like blackface minstrel theatre, which I didn’t realise was still on British telly until 1978 or something insane. I think that form of racism particularly is so audacious, putting on blackface and tap dancing around, and creating these caricatures out of working-class black people just trying to make a life post-slavery. It’s just so deeply awful to create entertainment out of that.

So, that informed a lot of the costume for the Harlequin: his starched, stiff collar and the big bow and a lot of his gesture. I worked with my friend Kaivalya Brewerton, who’s a movement director, and we were looking at a lot of different references for how he would move, and particularly his speech. I spent a lot of time on the Harlequin’s dialogue, these poetic stanzas, and most of that is taken from this song called “Jump Jim Crow”, which again is a mockery of the uneducated black male.

Is your use of tartan, in both the costumes in O’Pierrot and your flags, a comment on heritage?

The tartan came in for a few different reasons. My dad was a designer, and all his clothes were concerned with African textile and the stories woven into kente cloth. I got really interested in colour theory, and thinking about whether there are any tribal British textiles. I’d never really thought about tartan in those terms, because it’s normally so decorative, but I started looking into its history. I also got into a very intense relationship with a Scottish girl. I was thinking about family tartans and this idea of, as a queer person, inheriting a family tartan—what that would mean, hypothetically. I guess I was thinking about stories in cloths, but also love and gifts being passed on in that way.

It’s been co-opted as a royalist thing but originally the dyes would be taken from plants that were directly in people’s communities. So it was a really sweet marker of communal identity, taking all the natural dyes around you and then making these cloths; I just think there’s something really rich about the story of it. It looks great as well. 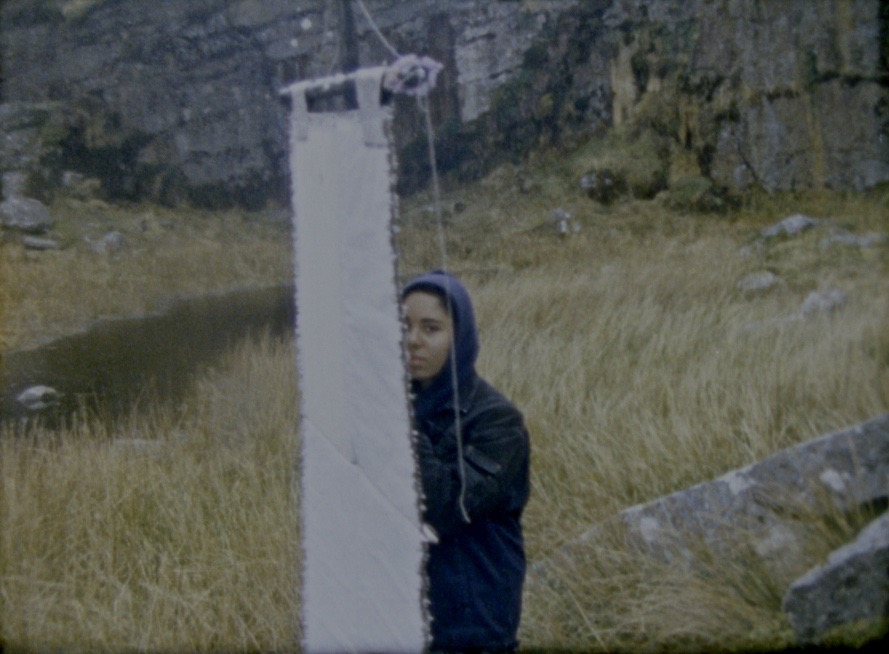 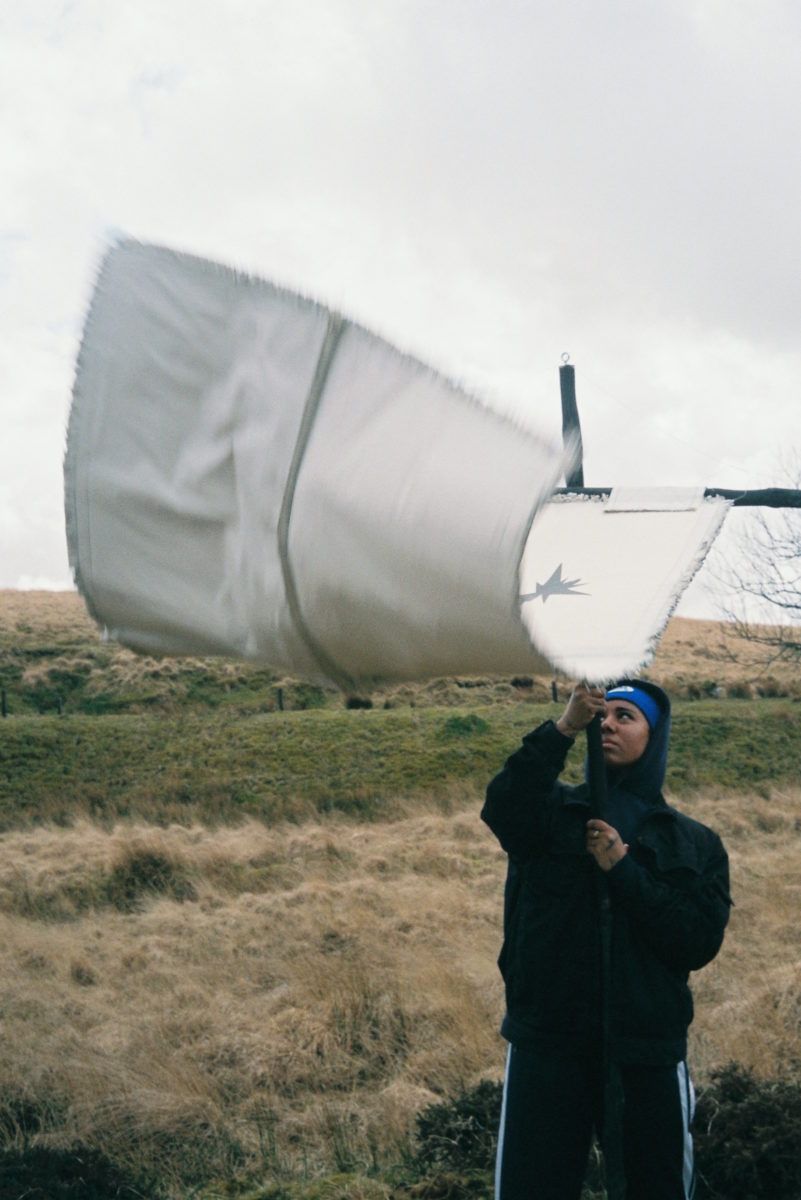 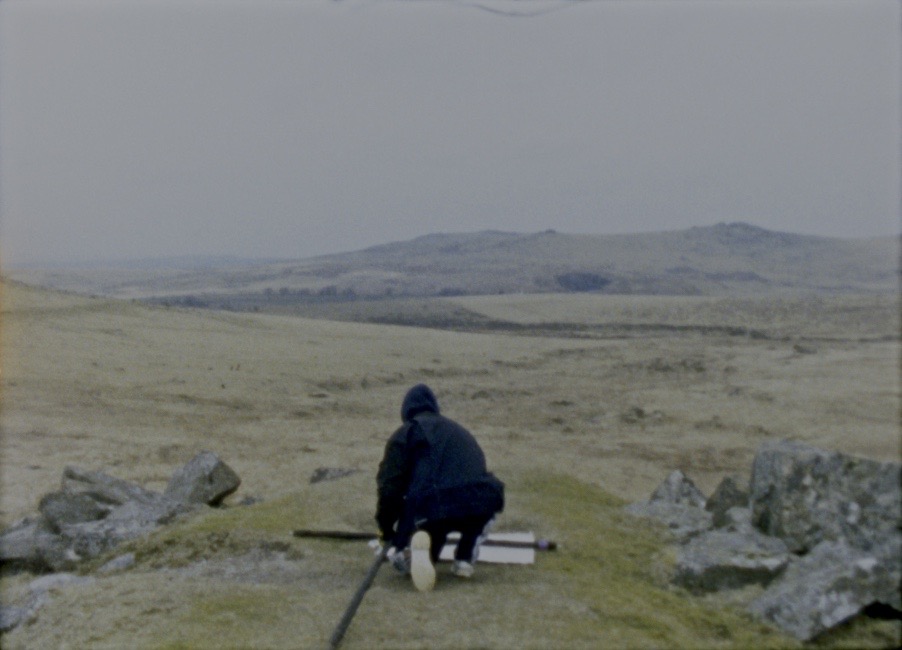 In Whop, Cawbaby, you use audio from an interview with your dad talking about leaving Ghana but going back to get new inspiration. Is this something you relate to?

I think my dad’s relationship with returning to Ghana was a bit different to my relationship with going back to Devon. I think my Dad loved Ghana and wanted to really give back to that place. But the reality of that situation was that the financial crash hit in the 1990s in London and we had to move, but I guess he framed it as his choice to go back. Whereas I think I have such a difficult relationship with Plymouth and Devon where I grew up, because it’s visually so beautiful but just full of a lot of quite emo memories for me. So I think, when I go back, it’s trying to reframe what it is or unlock something, or that there’s some untapped potential. I guess it is returning to get inspiration, but it often feels like a bit of a mission—going back there and trying to keep it together.

It does very much remind me of my race and my complexion. Like when you walk past a white person in the kind of deep rural, and they’re like, “Oh, what are you doing here?” That’s quite jarring. When people ask me about growing up in Devon I always say the landscape is amazing, it’s just the clientele that I’m not a massive fan of. It is just the people that make it difficult, the land is innocent.

“When you walk past a white person in the deep rural, and they’re like, ‘Oh, what are you doing here?’ That’s quite jarring”

Your work references tradition a lot, but speaks about your identity in present day. How do you find looking backwards helps you to understand your current situation?

I think it’s to do with my family, because I was born fifteen years after my brothers. So my family was this very nuclear unit for a long time, and then when I was born in 1995 that was kind of the breakdown of our family structure and when the shit hit the fan, pretty much. Everyone split up, and me, my mum and brothers had to run away from my dad and move back to Devon. It’s like I could see the remnants of all of this crazy stuff that had happened, that had led to me being alive, but it was all in the past. And then after my dad died, I spent so long trying to piece together different stories of how things came to be through anecdotes and photographs and letters and examples of his work.

I think I’ve always felt a bit outside of a lot of experiences and have had to piece things together. So it feels quite natural to me to do that in my work, to look back and piece together some sort of a history to make a sense of who I am; to be able to then go forwards. Gathering the evidence, and trying to make something of it. 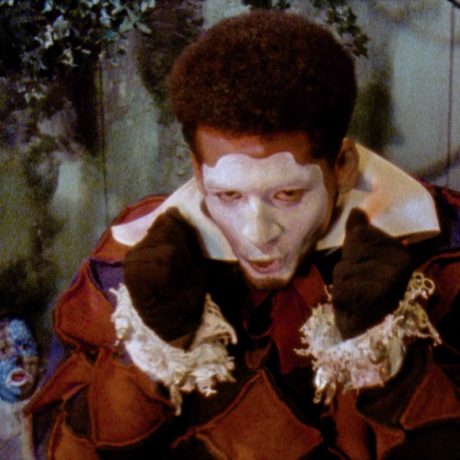