LA-based Christina Quarles paints disjointed, semi-legible bodies that call to mind the liquid surfaces of surrealism and some of Francis Bacon’s more tortured works. Her works consider the ambiguities of sexuality and gender, as well as challenging formal assumptions around the gaze. These humanoid figures appear in trysts, in settings that could be interpreted as suburban utopias—all box hedges and picnic blankets—or the further reaches of our dark subconscious. She will be exhibiting at the Hepworth Wakefield from 19 October 2018 to 19 January 2019. (Holly Black)

Ian Weldon argues that he the worst wedding photographer in the world. Maybe so, but others disagree, pointing to his fascination with the personal quirks of the well-worn ritual of matrimony. Weldon captures the side of British weddings we’ve all experienced but rarely see once it’s all over: the chaos of wardrobe malfunctions and manic ironing, preening and parading, drunk dancing and face-stuffing. They’re “outtakes” that disobey the trend for posed and poised wedding memories, and capture the honest emotions and genuine fun that are heart-warming and real. Weldon’s very unusual pictures transcend the personal family albums of the people he shoots—they’re documents of an age-old tradition in our time, a window into the soul of contemporary Britain. An exhibition of Weldon’s wedding works is the first exhibition of its kind in an art context in the UK—I Am Not a Wedding Photographer is currently on show at the Martin Parr Foundation and then travels to The Space in Ludlow. (Charlotte Jansen)

Madeleine Bialke’s strange and hazy paintings are perfect for mid-summer viewing. Spattered with the most unusual tones of warm light, her created worlds are welcoming on first glance but not fully accessible. Trees with sausage-like branches lead viewers into woodland clearings; blue clouds and thick shrubby bushes blend into one another, merging earth and sky. Look a little closer, and a sense of unease may creep over you. Where are all the people, or animals? And is this strange light source actually a little radioactive? The American artist graduated from Boston University in 2016, and is currently showing in a New York group show, Plastic Garden, at Asya Geisberg Gallery. An exhibition of seven painters depicting landscape and flora through a synthetic lens, the works seek a spiritual connection to nature not thorough awe-inspiring vistas, but with toxic colours, moody surrealism, and industrial surfaces. (Emily Steer)

Delve into the digital realm with Dominic Hawgood, who creates impossible images that draw a parallel between the photographic fictions enabled by new technologies and the otherworldly hallucinations induced by the drug DMT. Photography remains a limited definition for his unique process of image manipulation, building computer-generated images and site-specific sets in which to present them. Casting Out the Self, his new solo exhibition at Foam in Amsterdam, reconsiders reality as something that is just as performative, subjective and deceptive as its depiction across various media, creating strange, hyperreal visions of places and objects. Spirituality and the sublime are explored and unpicked amidst the ceremonial atmosphere of the exhibition, as Hawgood captures the ambivalence of the digital world we live in: the magic of infinite possibilities contrasts sharply with our brief attention span, information overload, persistent distraction, loneliness and seclusion. (Louise Benson)

If you live in a city, you’re most likely familiar with living a little too close for comfort to your neighbours. Glasgow-based artist France Lise McGurn explores the experience in her current exhibition at Tate Britain, where she has painted nameless figures who populate the walls, moving fluidly beyond the canvas to cover entire rooms. Rendered in delicate pastel-coloured lines, they overlap and crowd the walls, at once intimate and inherently sexual. McGurn also works with video, sound and performance, and runs a collaborative club night in Glasgow with fellow artists and musicians. She contributed a selection of site-specific paintings for the touring exhibition Virginia Woolf, An Exhibition Inspired By Her Writings (2017-18), drawing all over the walls of each of the venues, and will present a solo show at Tramway next year. (Louise Benson) 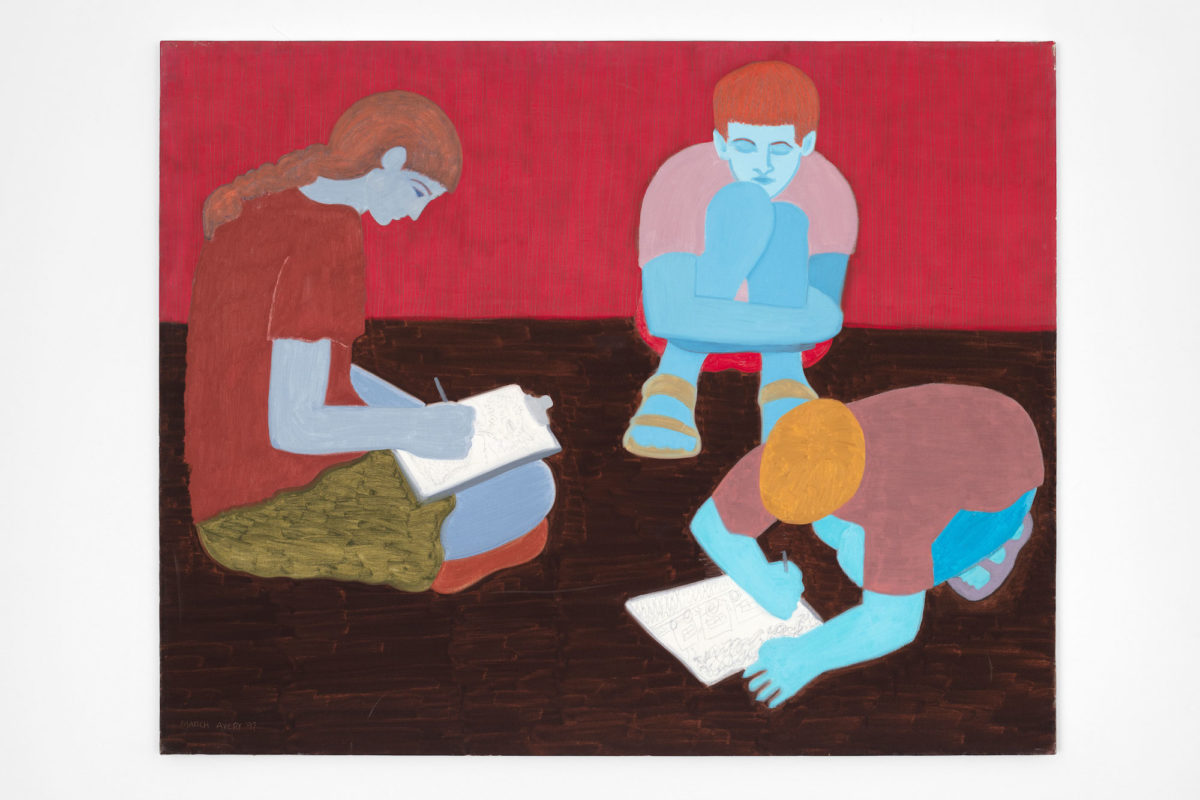 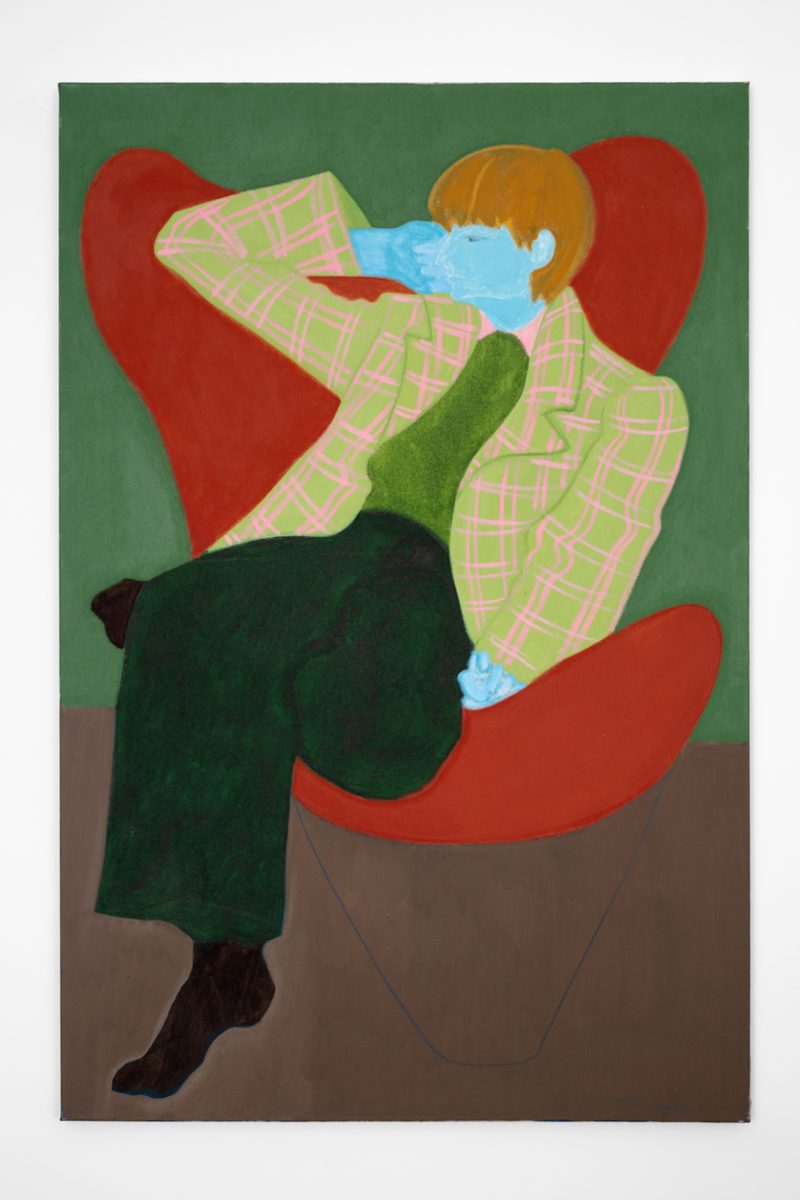 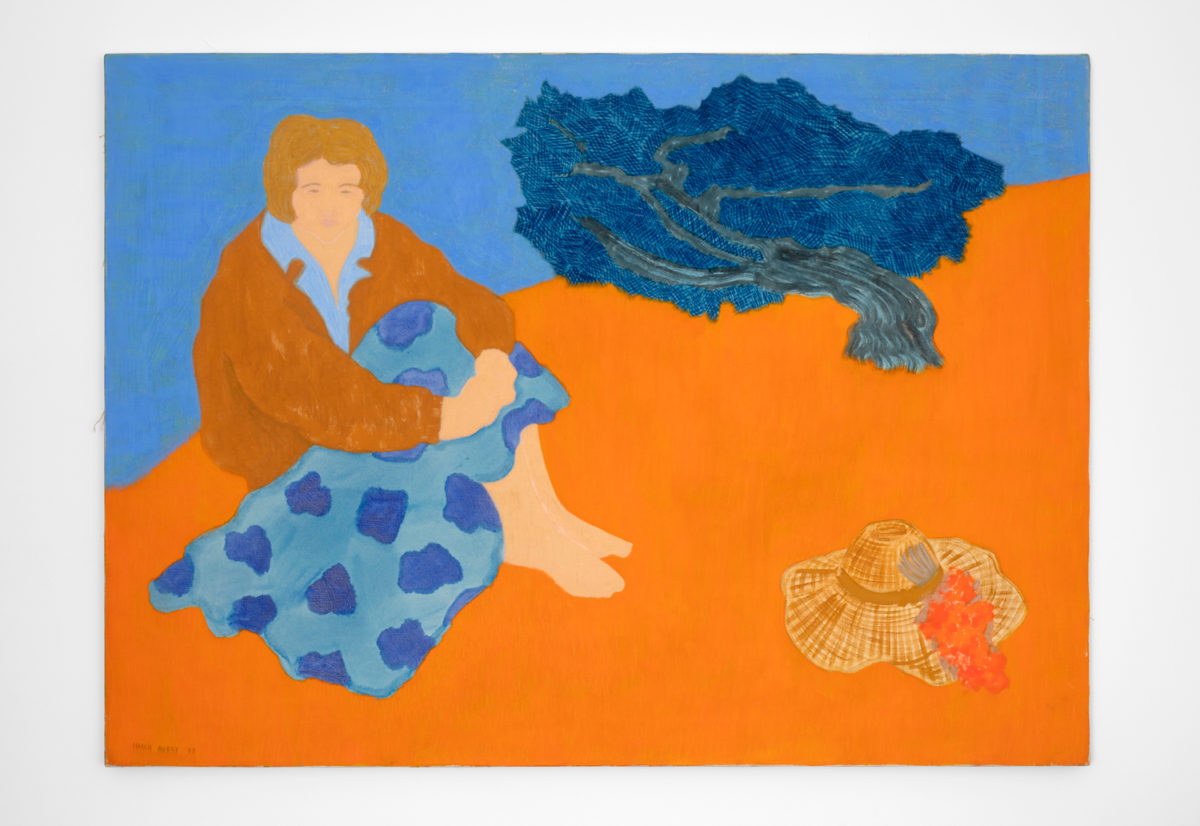 Eighty-seven is a ripe old age to get your first solo show at a major New York gallery. March Avery’s works will be showing at Blum & Poe throughout August—the first time her work has been seen in the city for two decades. What’s wonderful about having an exhibition at this stage of your career is the sheer volume of work to choose from: Avery has done portraits, landscapes and still lifes. She has painted everything close and dear to her—and she has painted almost every day, for eighty years straight. The quiet comfort of the domestic is an atmosphere that Avery returns to again and again; children sit on their mother’s laps, there are bedtime stories, board games and abundant breakfasts, soft furnishings and cats. It’s her own world that although undoubtedly influenced by her famous painter parents (Milton Avery and Sally Michel) has become firmly her own. (Charlotte Jansen)

Jodie Carey is having a busy summer. She is exhibiting at both the Frieze Sculpture Park and London’s Edel Assanti, where her delicate-yet-earthy work takes varied forms. At Frieze, she has formed bronze sculptures using casts in the ground. Her works have a beautiful organic feel to them, with many shapes and details that are created by chance in the making. This is complemented by a material sensibility, which makes them suited to both the white walls of the gallery space and the great outdoors. For her new canvas works at Edel Assanti, strips of canvas are woven together, presented on curved and rectangular metal frames and grounded by huge concrete feet. The details in the works are formed from colour pencil marks, areas of intricate threading and lashings of paint. Small concrete sculptures also feature in the space, cast from wood, and coloured in light pastels. The perfect mix of serendipity and highly considered process. (Emily Steer)