By beginning Modern Buildings in Britain with the Industrial Revolution, Owen Hatherley challenges conventional thinking about architectural modernism. There’s no denying the impact that Bauhaus exiles, Le Corbusier, Mendelsohn and their followers had on the more ambitious developments of the British built environment. Yet there’s an underlying sense that modernism was not an import, as often assumed. It was already here.

Indeed Britain may well have been its birthplace, however much it is denied. Hatherley points out the paradox that “a country which likes to think of itself as traditional, insular and conservative… was also the creator of global capitalism, and the first country to set in motion the industrial revolution that continues to convulse the planet, to the point where it plausibly threatens the future of human life on earth.”

The book enters a ‘fiercely contested’ and reductive culture war in architectural discourse, between ‘traditional’ and ‘modernist’. Hatherley transcends the melee, implying that both camps and the conflict itself are products of the botched utopianism of the Industrial Revolution. It is one of many surprises this superlative book holds.

Modern Buildings in Britain is not designed to be read from beginning to end. It is a gazetteer to be consulted, dipped into, and, above all, used to aid exploration. There is a joy in finding the overshadowed (Holland House for instance) as well as the pleasure of recognising the beloved (De La Warr Pavilion, Glasgow’s Ca’ D’Oro, Holden’s railway stations) but also in finding healthy disagreements and thought-provoking divergences.

Hatherley avoids the iciness associated with modernism, writing with a personable tone, engaging passion, and an absence of elitism. His judgement is sharp and discerning throughout but even when scathing (criticising the cargo cult of placemaking ‘iconic’ buildings for example), it’s perceptive and magnanimous. Despite their differences, in terms of insight Hatherley rivals Nikolaus Pevsner, author of the influential The Buildings of England, published in 46 volumes between 1951 and 1974. 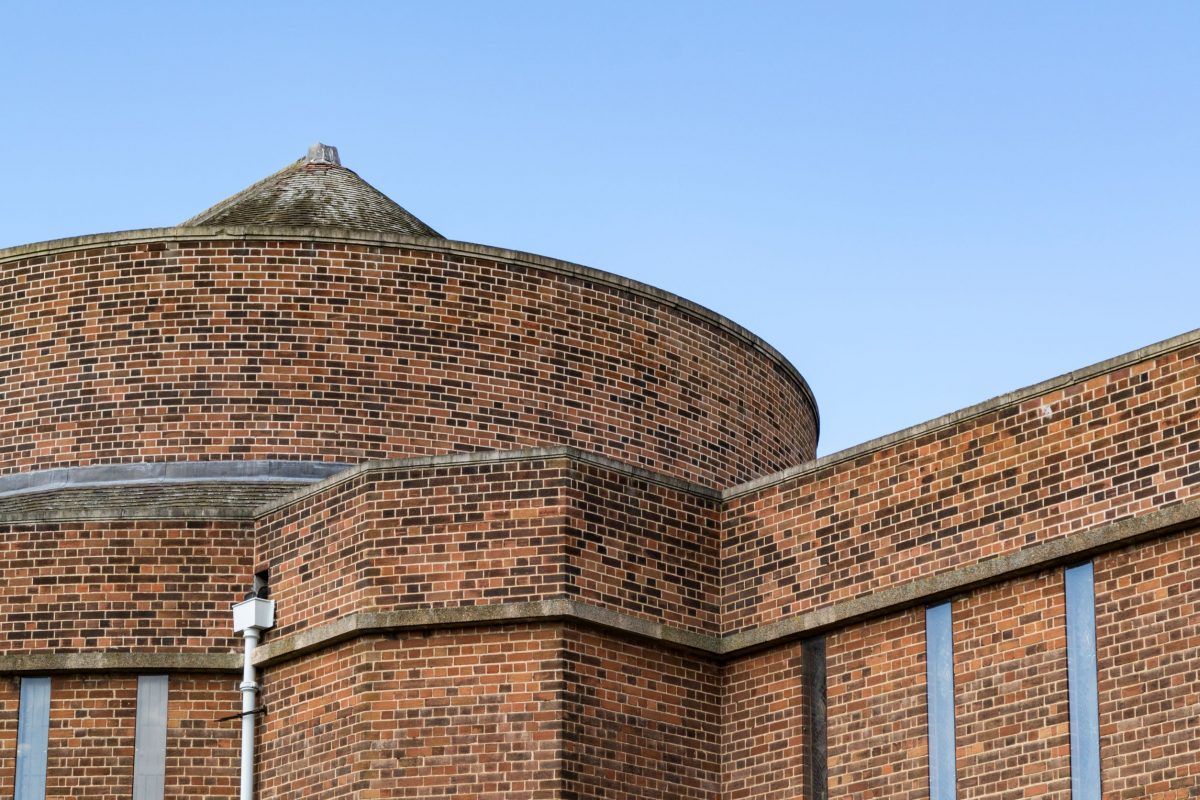 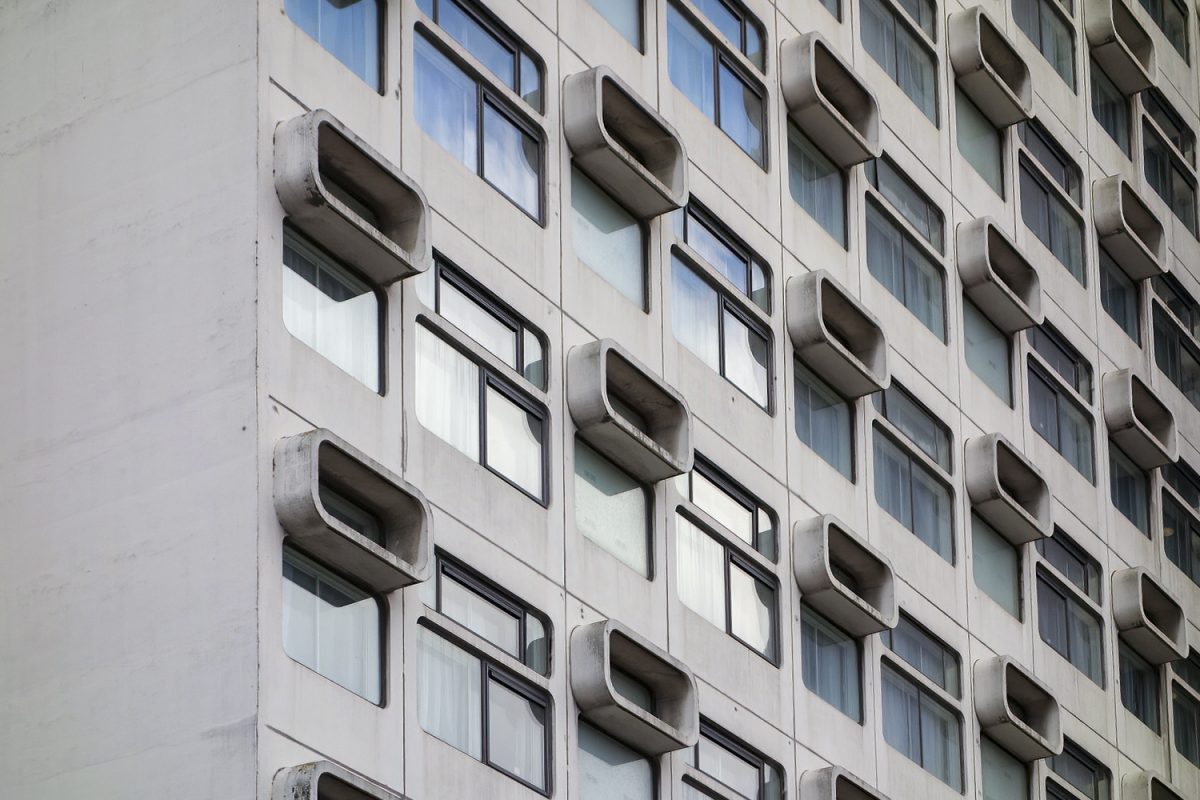 Responses to architecture will inevitably be subjective. With other artistic disciplines such as cinema or literature, you have to go out of your way to encounter works that are not to your taste. This is not so with the built environment, where an out-of-place or visually abhorrent building appears as a public affront, as disharmonious as a bum note in a symphony.

“Hatherley avoids the iciness associated with modernism, writing with a personable tone, engaging passion, and an absence of elitism”

For some people, the whole concept of modernism is a cacophony, especially compared to a romanticised past that can only be believed in through a myopic concentration on the absolute heights of tradition, the dregs of modernism (of which admittedly there is no shortage), and a wilful amnesia about the environments of utter degradation that modernism sought to replace.

The deeper issue is that this discourse is all too often concerned simply with aesthetics. It’s obsessed with image and unconcerned with the primary purpose of buildings, namely to provide living space for human beings.

Hatherley resists being lured into false dichotomies or the battles of signs. Modern Buildings in Britain is grounded from the off in how people actually live, and he never loses focus on this earth-bound moral purpose, writing the book in his own ‘modernist’ surroundings.

Ultimately, Hatherley is a contextual writer, though vitally one who acknowledges the context of context. He sees both the larger pan-European picture of modernism but also pulls our attention down to where we actually exist. There is welcome room for his opinions in each entry here, but more profound questions begin to coalesce. Why was this built here and why this way? What did it replace? What went well or wrong?

In doing this, he gets to the heart not of this exalted and loathed shibboleth called modernism but a multitude of modernisms, with their own histories, rationale, strengths and flaws. Hatherley escapes the solipsism of London-centric architecture, travelling across Great Britain, where arguably the real surprises emerge. And he also escapes, for all his sympathy and commitment, the solipsism of ideology, engendering trust by speaking frankly and honestly.

Even though it may be taken as a book about modernism’s 20th century reign, it is very much a book about today’s much-altered world, acknowledging that all the historical reenactment battles will not help us face the challenges of reality or learn from the past. Like the finest buildings it covers, this is a book that is colossal in ambition, range, and achievement, yet one that never forgets the human scale and our place in space and time.

Darran Anderson is an author and journalist. His latest book, Inventory, has been shortlisted for the PEN Ackerley Prize 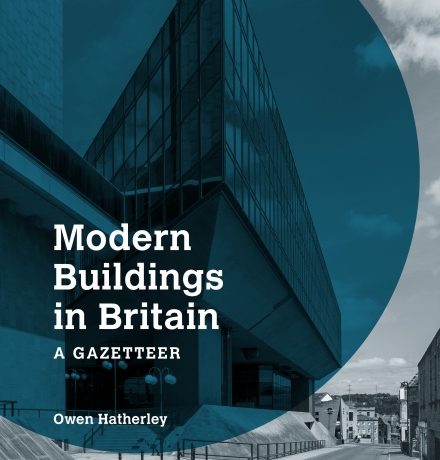