There’s a throbbing, ambient fog hanging over East London the day I interview Larry Achiampong. The atmosphere it creates is reminiscent of the post-apocalyptic mood of the artist’s video works, themselves often inspired by the landscapes of video games and sci-fi films.

The last time we met was in 2017, when Achiampong had just started his Relic series, a quadrilogy that belongs to his ambitious Relic Traveller: Phase 1 project. It incorporates the continuing cornerstones of Achiampong’s practice: performance, music, moving image and prose. The Relic Traveller Phase 1 deals with the trauma, the emotions and the psychological impact of living in a body that’s been displaced in time and space.

A lot has happened to Achiampong since that first encounter. We’re meeting now in Victoria Park, not far from where he grew up (in Bethnal Green, with his mum and four siblings) but today he’s driven in from Purfleet, Essex, where he relocated two years ago. Purfleet is more affordable and allows him to help his family, but it’s “still not amazing” Achiampong admits. “I’ve noticed that because the trajectory has picked up and I’ve sold a few works, people think my life is transformed, which it totally isn’t…”

Achiampong graduated from the University of Westminster (near the same station he transformed in 2019 as part of Transport for London’s Art on the Underground) and then did an MA in sculpture at The Slade. He graduated in 2008 and worked with the now defunct Kids Company, feeling the need to give something back “to the place I came from: a lot of those kids have been failed by the government and society”.

Achiampong could have capitalised on his recent visibility: in 2020, he was the Stanley Picker fellow, and in 2019 he won the Paul Hamlyn Artist award (using the platform as an opportunity to speak out about how difficult it is to find the funds to keep going in the arts). He has created high-profile public artworks, including his Pan-African Flag for the Relic Travellers Alliance, which has flown from the top of Somerset House, and more recently, all over Liverpool as part of the 2021 Biennale. In 2020 he created Sanko-time, a 20-minute audio work designed specifically to be heard on the round-trip along the Emirates Air Line cable car in east London.

“I have to think about what that will mean to the future legacy of young Black kids. It’s not about me anymore”

Though he’s represented by Copperfield gallery (who recently sold works from Achiampong’s Glyphs series to the Tate, a decision he struggled with given the institution’s history of neglect and antipathy towards Black artists), he’s not a very commercial artist. That’s a conscious decision on his part, making works that are both highly experimental and accessible to the public, but not to the market. He’s also not been afraid to speak out on issues about British culture’s classism, racism and sexism: he posted on his Instagram a powerful video response to the problems with Marc Quinn’s sculpture of Jen Reid after the BLM protests in Bristol in 2020.

This has always been Achiampong’s approach. I think of Meh Mogya (Sample of Me) (2011), essentially a very cool beat tape that evoked the emancipation of Ghana through highlife and Kwame Nkrumah samples. Achiampong explains that it had to be released as a free online download, as well as a vinyl record, because “no-one from the Ends was going to go to listen to that in a gallery. I had to take the risk necessary in order to connect with people, which is what the work is supposed to do, right?” His Relic films also now have a free, permanent online home on the Criterion channel.

Accessible is often confused with easy. Achiampong’s work is anything but that. All of his ongoing media is notoriously difficult to engage with. However he’s forged a new language through it, one that feels more familiar, but can also at times go for the jugular.

“I’ve noticed that because the trajectory has picked up and I’ve sold a few works, people think my life is transformed, which it totally isn’t…”

Just before the pandemic, Achiampong was showing The Expulsion at John Hansard Gallery in Southampton. The physical show closed early, but the eerily prescient film became available online: it tells the story of cleaners, porters, janitors, bouncers and sanitation workers, bearing witness to their lives and the dangers they face in doing their jobs. The work was deeply personal for Achiampong. “I was personally reaching into an aspect of my past that’s still very much in my present, members of my family still do the kind of work that I’m talking about”, he explains.

“I felt I hadn’t created space to talk about what I refer to as the twilight space of London, where people consume, use, throw away and repeat, and the flipside, where those doing those labouring jobs, cleaning up those inequities that are done in that other part of the day, remain entirely invisible.”

It also made him revisit what he describes as “the trauma of monotony, of cleaning, buffing… wondering why the hell am I here when I know there are other kids, even within the working class, that don’t have to do this?”

In Beyond the Substrata, Achiampong’s most recent video, the narrator’s voice declaims, “I know my enemies well”. The 16-minute film feels distinct to Achiampong’s previous film work. Once again, the work is predictive (the setting is an empty Morrisons’ supermarket, signs for products on sale still intact), though it was made a year before the pandemic, during residency at the Baker’s Arms in Leytonstone, supported by Waltham Forest Council. It features dancer Kanika Skye-Carr, who is entirely masked in black and choreographed the liquid, bird-like moves through the abandoned aisles to a talismanic drumbeat.

Though all of Achiampong’s work addresses, in some way, violence and injustice, Beyond the Substrata is explicit in its confrontation of the pain of everyday racism, encountered in the most mundane places, like this supermarket “where my body as a Black person is entirely charged”.

“No-one from the Ends was going to go to listen in a gallery. I had to take the risk necessary to connect with people, which is what the work is supposed to do, right?”

The most important things in Achiampong’s art are notions of mortality and legacy. One of the reasons, he says, that he sold his work to Tate was “the likes of Eddie Chambers, Lubaina Himid, Sonia Boyce… so many predecessors fought for our own existence to be within those collections.” Now a father of two (Sinai and Zael), he’s aware more powerfully than ever of a duty to those who will follow him. “I have to think about what that will mean to the future legacy of young Black kids,” he explains. “It’s not about me anymore.”

This year, Achiampong will have his first major institutional solo exhibition, at Turner Contemporary. “I think about the fact I won’t be around forever,” he says. “I think about the fact life isn’t guaranteed – it’s not the idea capitalism puts out that if you buy this, you can have it forever. When I dream about how I want to pursue an idea, I do think about it like that, that this could be the last day, so what do you want to say that you won’t turn back and regret?

“How do you take note of what you’re surrounded by? How do you appreciate all the moments you have, things as simple as drinking water? It’s about trying to be slow enough to understand that the small things are the bigger things.”

Charlotte Jansen is a freelance arts writer and former editor-at-large at Elephant. Her second book, Photography Now, is out now

This article originally appeared in Elephant 46 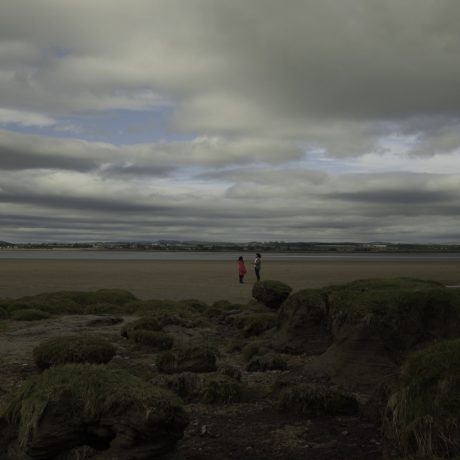