What is The Smudge?

For zine lovers, there is something especially satisfying about the raw, slightly faded layers of Risograph print with their echoes of DIY urgency. That’s one reason why subscribers to The Smudge feel their hearts do a small flutter of delight when the zine’s square-ish envelope drops through their letter box. Since 2016, the monthly title from LA has been delivering personal musings on “the periphery of politics” to its largely American subscriber base in the form of comics, essays, interviews and advice. And in its own small, humble way, it has played the role of community message board, helping its readers feel connected to one another during the tumultuous years of Trump and Covid-19.

“One thing that we learned quickly since starting is that people are hungry for print media,” say The Smudge’s publishers Liana Jegers and Clay Hickson. “After the social media insanity of the election season, a lot of people were feeling overwhelmed by the never-ending onslaught of news, so getting a digestible little paper in the mail every month was a welcome change of pace.” 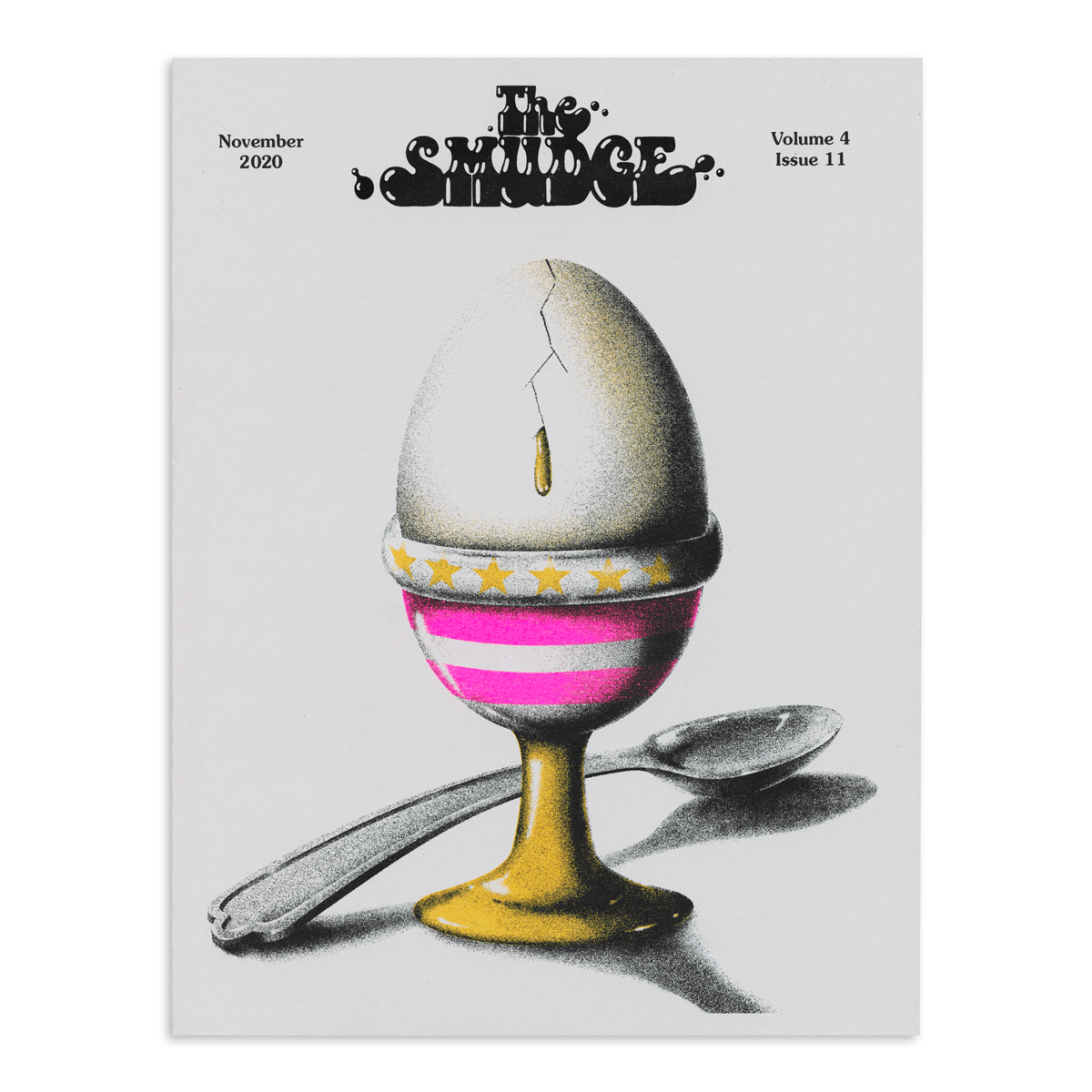 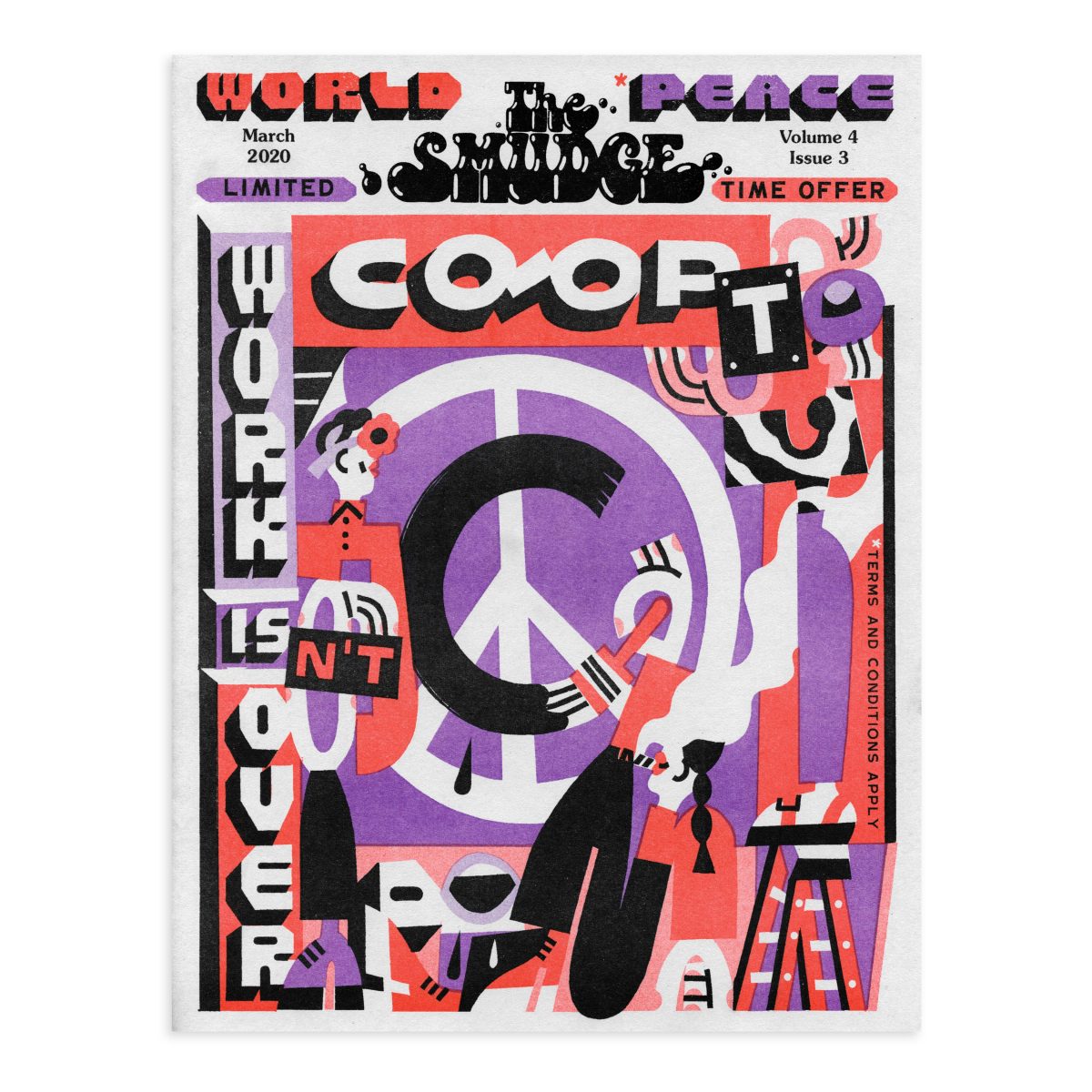 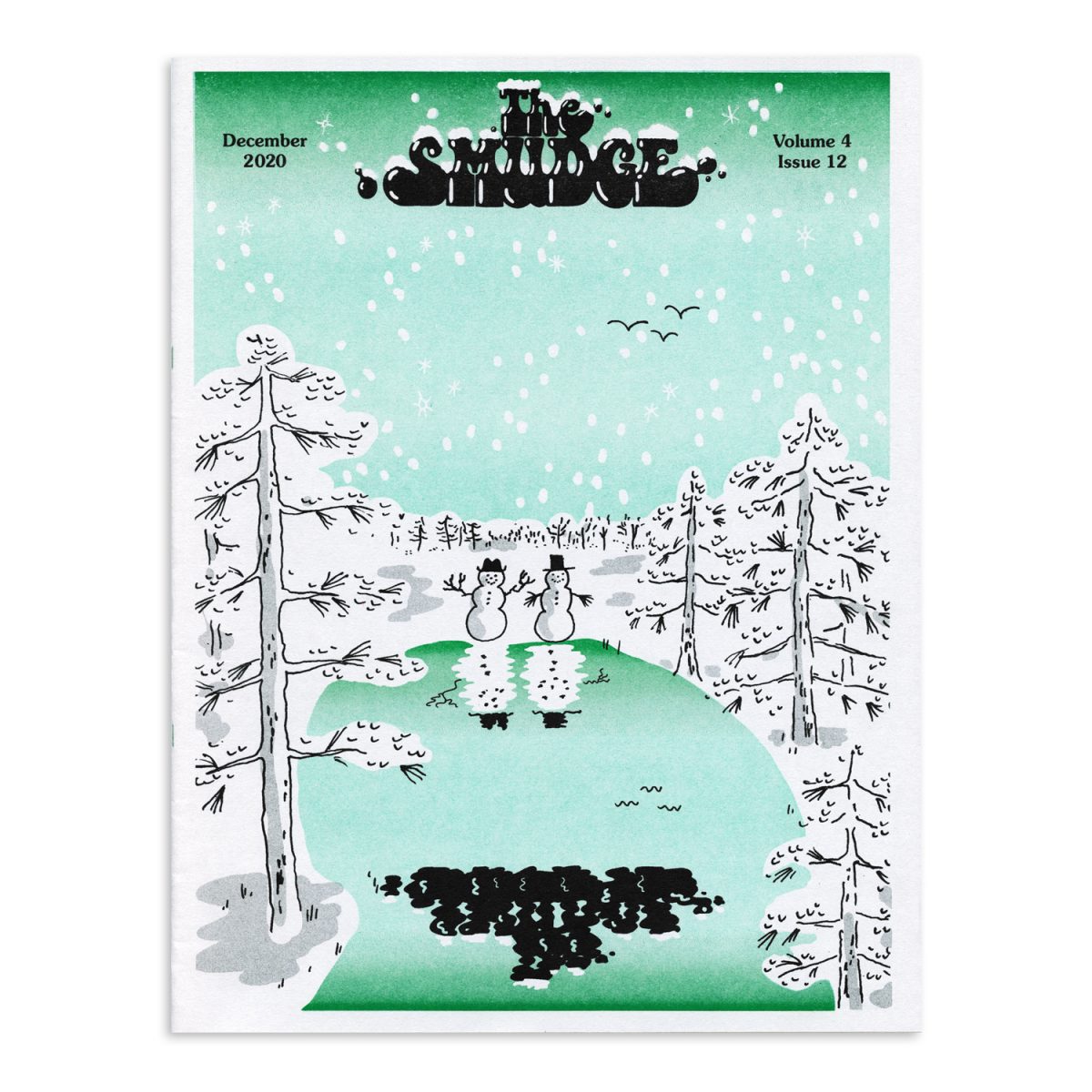 Liana Jegers and Clay Hickson are both illustrators: Hickson is known for his colour-infused dreamy psychedelia, and Jegers for her wispy strokes filled with plant-life. “We’re not activists, we’re not editors, but we have a printer and we know how to use it,” the pair say, hoping to channel the spirit of the underground presses from the 1960s and 1970s, while offering “a unique voice and a different perspective on the issues that affect us all.”

“In the middle of quarantine, it felt extra special to read everyone’s handwritten notes and drawings postmarked from across the US”

Their entire zine venture has been “a big experiment,” they explain. And because of their background and approach, instead of breaking news, The Smudge loosely centres around its writers’ feelings and personal experiences. “Rather than have someone report on reproductive rights, for instance, we had a midwife write about part of her education and practice,” they say. “Ultimately everything we (humans) do is (or can be) political in some way, so we began to let our writers go with their gut a little more.”

Well, The Smudge is into its last year of publishing so if you haven’t read it yet, now is the time to get on it. The title is also a reminder of the power of small-scale self-publishing to connect during difficult times. While missing art book fairs and personal interactions this last year, Jegers and Hickson decided to send all subscribers a pre-addressed, pre-stamped envelope with a sheet of paper asking them to send something (drawings, writing, or current feelings) back to them. Then they printed all the responses in one issue called “The Pulse of The Smudge Nation.”

“In the middle of quarantine, it felt extra special to read everyone’s handwritten notes and drawings postmarked from across the US,” they say. “We hope all the readers felt some pride at seeing their responses printed, and felt a little more connected to each other, knowing maybe that there is, in fact, another subscriber in Idaho, or that someone else on the opposite coast was also pickling vegetables for the first time.” 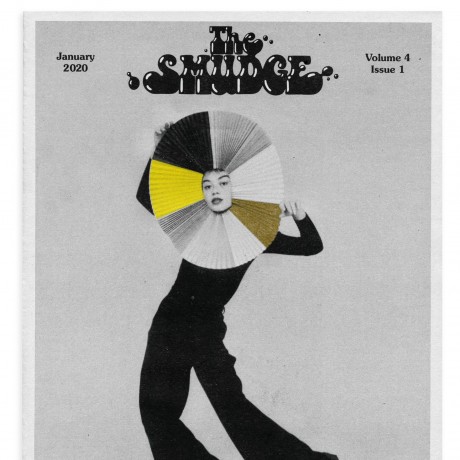