Q: A new mural has just been commissioned in the town I live in. It cost £20k to make and it’s awful, patronising and a bit insensitive. A lot of other people in our community think this. I’ve tried speaking out about it, but it’s complex and it sucks me dry of energy. How can I find the inner strength to call this out? How do I handle the backlash and potentially upsetting people?

If this feels difficult, it’s because it is. Raising an issue also means raising your head above the parapet. Just as you expose something, you are exposed in return. If you believe it is worth the stress though, let’s figure out how to go about this.

To start with, have you been able to establish communications directly with the commissioners? ‘The commissioners’ makes them sound scary and mysterious but they’re just people. The scary thing is coming to them, on your own, with something negative that might sour their day.

Be prepared. Investigate. The more research I do about a problem, the better I feel. When it comes to making a complaint, I honestly think my inner strength comes from research. It calms me. I find that I am validated. If the people I am complaining about get defensive, I have my receipts all lined up in a row.

So, I would research who the mural was commissioned by, and I would also try to understand where the commissioner got the money from to make this stuff happen in the first place. How are they funded? That 20K came from somewhere.

If you live in the UK, you could take their company name or charity number and run it through Company’s House or the Charity Commission to find your answer. The answer could help you build a degree of momentum and leverage, get more people on your side.

If the money is coming from the taxpayers via a local authority (in the UK, this could also be from lottery ticket-buyers via the Arts Council, for instance), then the people who commissioned the public mural have a degree of responsibility in ensuring their public audience are happy with it, or OK with it, at least. And if they’re not happy, if you’re not happy, can you go back to the people who supplied the funding and raise the issue with them?

“The people who commissioned the public mural have a responsibility in ensuring their public audience are happy with it, or OK with it, at least”

Your research could include a survey of public opinion on the mural. Anonymity helps people feel as though they can speak freely. You could gather a mix of comments online or speak to people in person. This could help with your confidence and drive as well, because it might help you realise that it’s not just you who feels this way about the mural.

Seeing that support there, on paper, will probably mean a lot. You’ve got people in your corner and that counts. The White Pube wouldn’t exist if we’d had to do it on our own: I for one would’ve packed up after the first Instagram scandal. Collective support is a good way to make sure you don’t get run ragged by the process of raising your complaint. It will also just make your criticism harder to dismiss.

And then, in terms of handling any backlash… as a professional critic, honestly, the only thing that really helped was a round of cognitive behavioural therapy. Before that, I was a mess. I have more perspective now, more resilience. When big power players in institutions try to undermine our work on The White Pube by calling us hysterical schoolgirls, I understand what they actually mean is “Shut up, you’re making us look bad”.

The reaction from someone who is being criticised can be incredibly revealing. It can show that your criticism is hitting them, that it’s working. Stand your ground, feel the support of the people around you, read between the lines, and allow yourself time to cool down before making your next move.

Pace yourself. And don’t let the issue consume you. Otherwise if you don’t eventually reach the conclusion you’re dreaming of, it’s going to feel like the end of the world. Take it or leave it, at least you fucking tried. That’s more than most people can say.

I always think about Sara Ahmed’s writing when it comes to this stuff. In her lecture, Complaint as Feminist Pedagogy from March 2021, she posited that “to make a complaint within an institution is to learn about how institutions work.” Critique can expose the structure you’re critiquing from.

Ahmed uses rough, upsetting examples of formal complaints made to universities. Her essay feels through the difficulties of daring to complain, and outlines how much it can take a toll on you. In raising an issue, you learn how the structure functions, who it works for, and who is able to make it work for them.

Sara also mentions that in institutions, when you point out a problem, you become the problem. None of this has to be an insurmountable fatalism, and you can still speak up and make your thoughts heard. In fact, I’d encourage it.

Ahmed’s text might inspire you and give you that last bit of strength to push forward. You just need a good handle on what you’re saying, how you’re saying it, and what you’re hoping for as a result. Go for it.

Illustration by Lucia Pham, an illustrator based in Hanoi 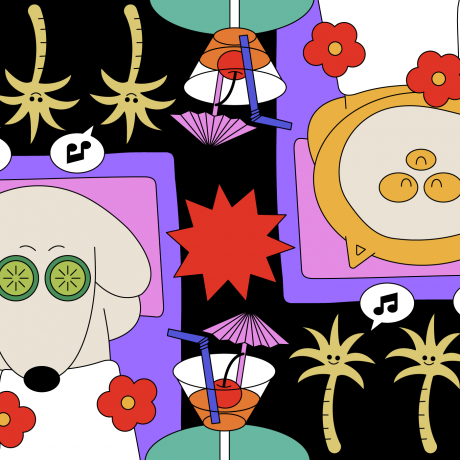