Out today on Artsy is Isabelle Davis on Sophie Calle’s Exquisite Pain.

I decided it was time to look into seeing a therapist when I noticed that I had stopped checking for oncoming traffic when I crossed the road. I realized that I wasn’t checking because I didn’t really see death as an undesirable outcome anymore, and I found that frightening. I wasn’t making plans to stop being alive, but dying was the base to which my thoughts returned when nothing else immediately demanded my attention. Apparently, people with a clean bill of mental health don’t think about death all the time, and so I decided to start seeing a therapist, like a dog in a New Yorker cartoon.

But during the worst period of feeling like this, the thing I hoped for most of the time wasn’t to be cured but to be distracted. It seemed like a more reasonable goal. This was most difficult to achieve between work commitments. I had found a total of two songs that I could listen to that didn’t make me feel like crying. These were “Supersonic Rocketship” by the Kinks, and “Jane” by Jefferson Starship, which I now see are both connected to space travel. I’m not sure why they appealed, and it would be wrong to say that I like either of these songs. But they were silly enough to fail at striking any emotional chord with me at all, and so I listened to them as I moved around London to drown out the other noise in my head.

I was looking for visual noise, too. The National Gallery was roughly in the middle of several places I moved between in my work as an English tutor during the week. I ended up wandering in there quite often. I would like to be able to say that the reason I did it was because I had faith in the power of art, in its ability to dredge me up from the depths of my sadness, but that isn’t true. I went in there because it was distracting; you could sit down without having to buy coffee, and it was okay to be doing nothing in there. I sometimes looked around at the other visitors on their own and wondered if they were there for similar reasons to me, but it was always impossible to tell. I think this is something that galleries should be for people. A place that you don’t need an excuse to be in, where you can remain silent, staring at something engaging to the eye. A place to exist uninterrupted, and unchallenged.

“I would like to be able to say that the reason I went into the National Gallery was because I had faith in the power of art, but that isn’t true”

I would drift aimlessly through the gallery, feeling faintly guilty about failing to respond to the artworks I saw there, about failing to engage with them intellectually. But there were a few paintings I ended up in front of more than others. One was Hans Holbein’s The Ambassadors, to stand at the right place to be able to see the trompe l’oeil skull. Another was Degas’ La Coiffure, where I stood thinking vaguely about the colour of my own hair. But my favourite was a different painting in the same room: Van Gogh’s painting of two crabs, titled simply Two Crabs.

The reason I stopped in front of this one was because I liked the green background, and I liked the pair of crabs. I don’t think it’s more complicated than this, what this painting meant to me during the time I spent standing in front of it. It was pretty, it was a good, compact size, and it was detailed enough that it rewarded being looked at for a long time. I didn’t think about Van Gogh’s own crippling depression and ability to create beautiful things in spite of it. I didn’t think about the fact that the very lively-looking crabs were almost definitely dead. I didn’t have any meaningful thoughts about the painting at all. I liked that one of the crabs was on its back, exposing the shiny black tips of its claws, and the other was scuttling-side down. I liked that the brushstrokes of the green background looked a little like the sea. I liked the tiny crosshatches that gave the suggestion of that sort-of fur that crabs have on their legs.

It was just an image that I was surprised to enjoy looking at, at a time when I didn’t enjoy anything very much. It was a door ajar onto a much nicer world that I wasn’t yet able to get back to, the world of pleasure, contentment and optimism. A world in which two crabs are worth looking at simply because they are there and they look nice.

When I go to the National Gallery now, I can’t really access the feeling of humdrum desperation that was my default state for a long time. And this is generally how I feel when I look back at that period. I know, intellectually, that it happened and that I felt very, very bad. But the pain was so intense that I almost can’t remember it. This is what I’m thinking about when people talk about the pain of childbirth, although I never say so.

“I didn’t think about the fact that the crabs were almost definitely dead. I didn’t have any meaningful thoughts about the painting at all”

I remember accidentally walking into a violin recital that was going on at the gallery once. I stood there with a crowd of strangers listening to the man play, feeling quite close to alright for a stretch of maybe fifteen minutes. Not feeling moved by the power of the music, or by the commonality of the experience with a group of strangers: simply feeling not terrible. On the way out, I bought a postcard of the crabs, which I was surprised to find in the gift shop because, naively, I thought that the crabs’ charms were something particular to me. I still have that postcard, and I love to look at it, and luxuriate in thinking not much more than: “Look at that pair of crabs. Aren’t they great?”

Head to Artsy to read their latest story in the series, a piece on Sophie Calle’s Exquisite Pain 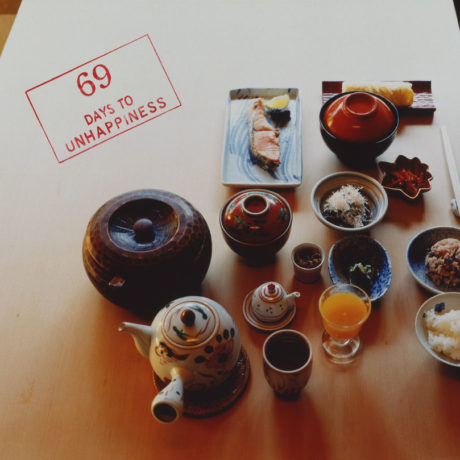