After the Criminal Justice Bill was passed in 1994, outlawing raves and the “succession of repetitive beats”, a group of ravers and squatters decided to leave London, forming sound system crews and organising illegal parties around Europe, chasing moments of euphoria and everyday liberation. Vinca Petersen left the capital and became a documentarian of the group, travelling nomadically across countries and borders in trucks and caravans.

In 1999, Vinca released No System, a collection of her photographs at the encouragement of her friend Corinne Day and publisher Michael Mack. It soon became a highly-sought cult publication across the art, fashion and photography worlds, and to people inspired to follow similar paths of free movement.

The book chronicled the celebratory act of alternative living and autonomy, pushing back against the negative press surrounding rave culture at the time. Playing cat and mouse with the authorities as they occupied warehouses, airport hangers and industrial sites, the crew’s counterculture lifestyle of rebellion was balanced by its intimacy of life lived on the margins. The photographs are often abstract and dreamlike, focusing on the affinity between the different members as they travelled together across countries over a number of years. It is an ode to the subversive joy of reconstituted living and collective experience.

Vinca recently announced her plans to republish No System herself in Summer 2020, almost twenty years after its initial release. What was originally intended as a “brochure for alternative living” now holds a fresh appeal for a generation of young people disenfranchised with modern life, and those yearning to escape the city to create more sustainable modes of living in the light of the Coronavirus crisis.

What was the impetus to republish No System, and why now?

I think, at a certain point, these things take on a life of their own and they go beyond whatever they were. It’s not my book; it feels like it should be available to anyone that wants it. I’ve had so many emails and requests over the years from people wanting it, young people in Europe who can’t afford its resale price. I was waiting for Steidl to reprint it but then something happened in the beginning of this year, where I suddenly thought now’s the time. I don’t want to wait any longer. I talked to Steidl and asked if I could take it back to republish myself. I’m probably the only artist to ever take something back from them. It just feels like it’s of the people, this book, and I trusted that.

It’s a personal history but the minute other people look at it, it becomes their’s too. It’s like a mirror of their lives and experiences. The book works in layers. The first layer is my personal history, the second layer is the people that were around me, and the third for all these different types of people that relate to it. It will be really interesting to see how it moves outward again.

“When people have the centre ripped out of their world, they find a safe haven elsewhere. They look to the fringes”

You are reintroducing No System to a completely different moment in history. How do you feel about sharing it with a new generation of audiences amidst the pandemic?

These times remind me of the Joan Didion documentary, called The Centre Will Not Hold. If your only experience is within the system then, when the system fails, fear sets in. When people have the centre ripped out of their world, they find a safe haven elsewhere. They look to the fringes. If you have experience of an alternative way of living, then that fear is not paralysing but leads to thought and actions, taking you into a place outside the mainstream and into the fringes of “normal society”. There you find others experiencing the same problems and start to find alternative solutions; you work together and create new ways of surviving.

Spaces are such an important aspect to rave culture; the iconic image of people dancing across the British countryside as the sun rises. However, the spaces in your photographs extend to these amazing industrial areas that look like the ends of the earth…

A field is one thing but you could think of these forgotten areas and wastelands as space stations, like constructions on the moon where you went in and lived in these autonomous, free zones. They were the interstices outside of capitalism, and there were many more of them in Europe than in Britain.

You have to remember that a lot of the British raves were happening over the summer, whereas when you’re living on the road you have to put on raves all winter as well. It’s part of the way that you survive and have fun. You have to find spaces that are a bit more conducive to living in during cold times, as well. The most amazing spaces we occupied were ex-Russian army bases in the Czech Republic and Germany. If you imagine: you’re in this truck which is also your house, your house is in this huge shell of a warehouse, and all you ever really need to do is secure the perimeter. So it could have fences or walls, and you’d secure the gate, then you were inside and you had your own kind of world. Within that is your own society, and your own freedom. 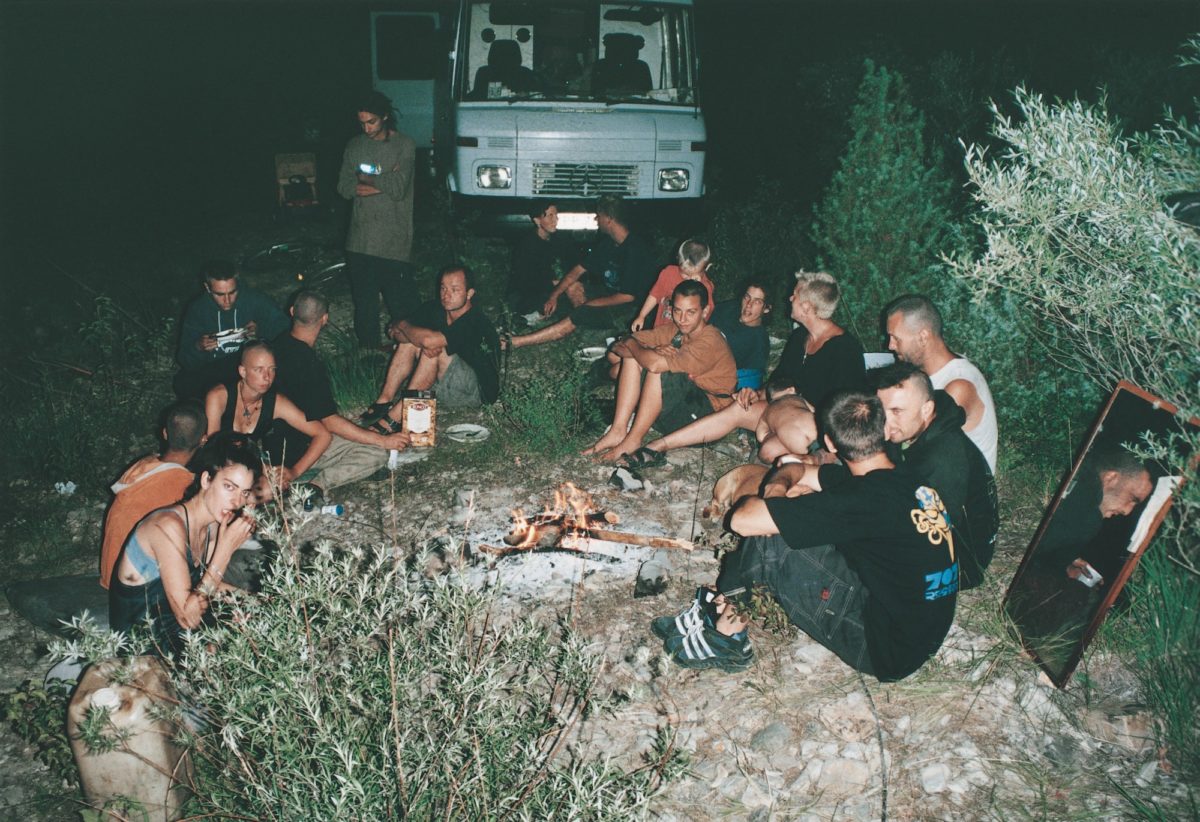 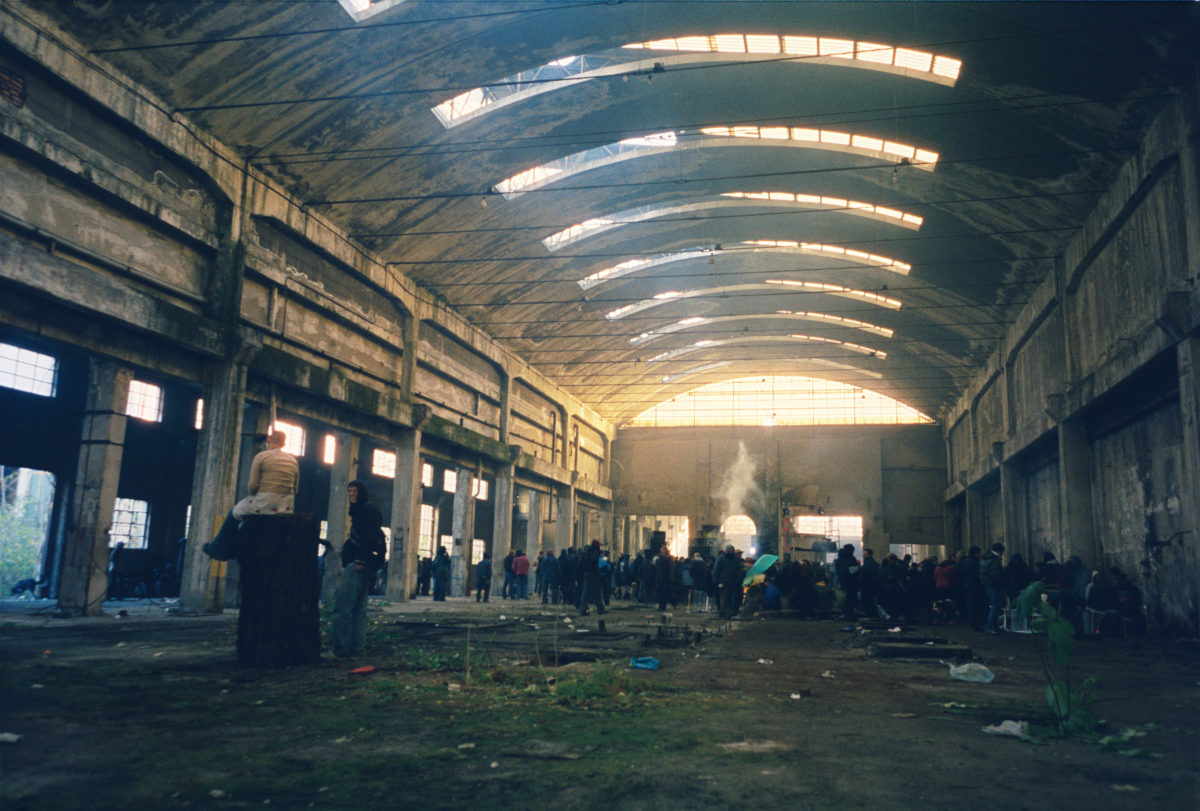 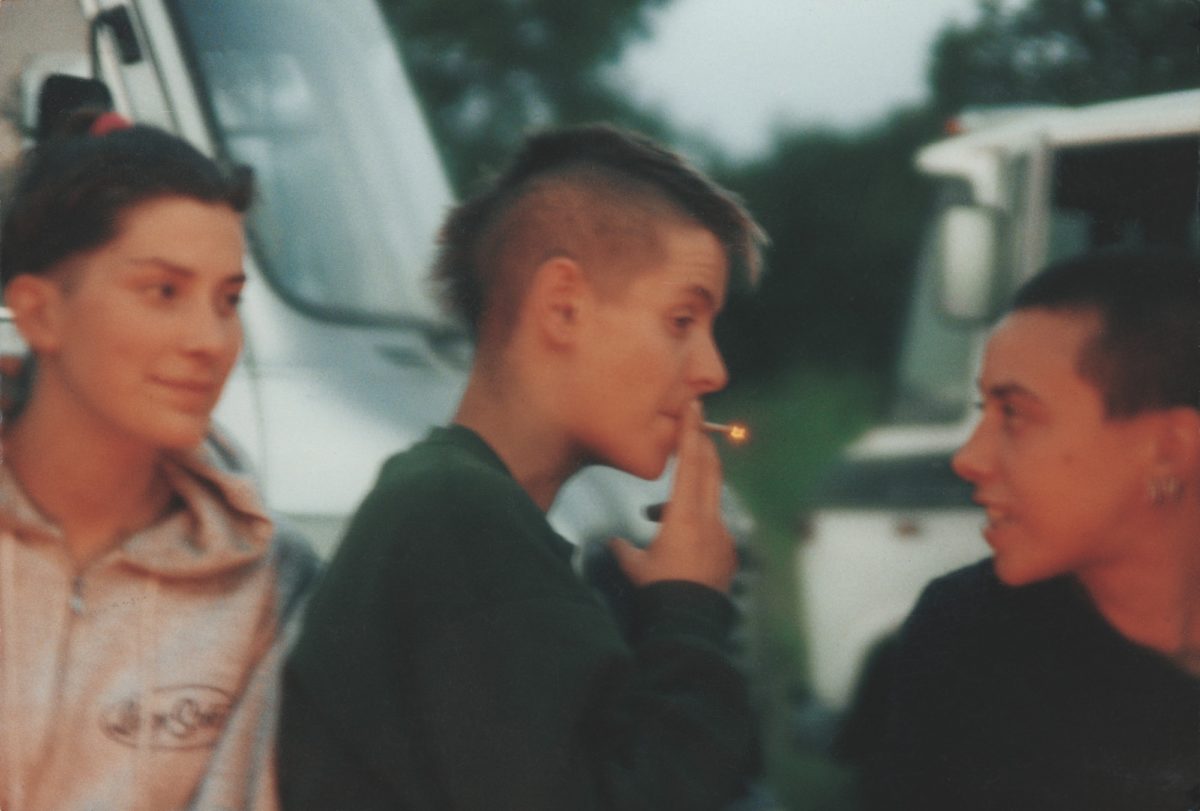 “You could think of these forgotten areas and wastelands as space stations, like constructions on the moon”

When raves became outlawed completely, sound system crews moved abroad to Europe. How were you able to find these spaces within new cities whilst travelling?

In completely unknown towns where you knew no one, you’d just drive around the outskirts searching for abandoned-looking places. Someone might scout one out for a night, or you’d drive into a town and look around the area for old warehouses. They might go spend a night in one and, if there was no trouble, call everyone down. If you heard of a nightclub which was a bit alternative, you’d go there and talk to people and find out about local squats. So there were all these networks of different types of people helping each other out.

There’s so much information now, it’s almost difficult to find what you’re looking for. Back then there was no information. You’d have to look for little clues. I read a book once about nomadic travellers in Europe who’d leave little messages on fence posts, like flowers or bits of string. They were hardly noticeable but travelling folk would recognise them, and I see similarities in that.

Did you see your early involvement in the London squatting scene and the later occupation of spaces in Europe as inherently political acts?

It’s not political in the typical sense. We were interested in freedom. You either despair about the increasing lack of freedoms, or you choose to live outside it all. I’ve never accepted the status quo because it is the status quo. If something didn’t feel right, I’d question it. I think that innate questioning combined with an insatiable desire for freedom of thought and movement, even in my choices from minute to minute, would mean that I would always come up against “the system”, as it were. I think there’s an equal amount of subversion that everyone can do. Maybe not for the sake of subversion, but for the sake of the freedom of your mind, and for the sake of joy.

“It’s not political in the typical sense. We were interested in freedom. I’ve never accepted the status quo”

What kind of influence do you think No System will have on a new generation discovering it for the first time?

I think there are a lot of people who already have that spark in them and are thinking along those lines, and the book helps fan those flames. For the people it bowls over, I hope it pushes them into a new, positive space within their minds. It shouldn’t pull the rug out from under them so much as open up new possibilities. The book doesn’t prescribe a way of living, it acts more like a tonic, or if you’re feeling a bit lost, a shortcut for finding something.

What is the most important lesson that a life of living on the road has taught you?

You’ve got to do what you’ve got to do. You just have to listen to yourself. I felt like I had to get in a truck and go, for whatever reason, so I did it. It’s not so much what people do, it’s what they don’t do that worries me. So many things hold people back; the obvious one is fear. It’s that idea of leaving fear behind.

If there’s one piece of advice I’d give to anyone, it would be to really be yourself. Don’t apologise for being who you are.

This second edition is a carbon copy of the original published by Steidl in 1999. All pre-orders come with an A2 POSTER. 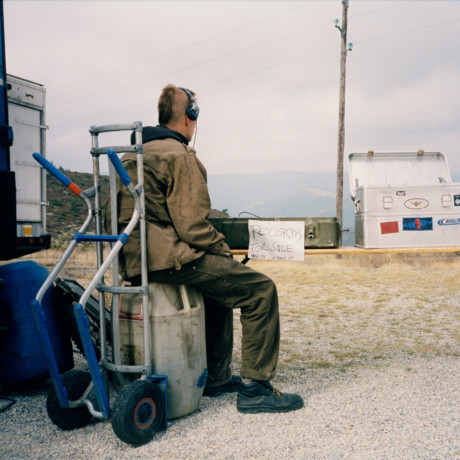