Will Ryman hospitably appears atop a steep two-floor staircase as I walk up to his spacious Bowery studio on a Thursday afternoon. A calm and eloquent speaker, the sculptor explains his upcoming trip to Paris where he will have his largest European project so far. Commissioned by the French capital’s Parc de la Villette, three bodies of bronze or resin sculptures will take over the park for six months beginning in late March as part of the 100% Festival. Those familiar with the artist’s exuberant flowers and comical human figures will instead find malleable and dense forms of abstraction with these radiant sculptures at dwarfing scales. A fixture in the New York art scene since his breakthrough in 2004, Ryman is taking new paths in search of alternative representations of meaning.

Can you virtually walk us through La Villette here in your Lower East Side studio?

The installation spans three locations across the park, starting with a group of seven resin sculptures at the entrance. Each one is based on a fourteen-inch tall clay sculpture I created without using any tools, closing my eyes and working the clay as long as I could. They remind me of faces or abstracted heads looking around or up towards the sky. Their titles come from different lines in Waiting for Godot, such as Blaming His Shoes for The Faults of His Feet or Nothing to Be Done. They were spray painted into bright yellow to convey a contemporary feel. During the spray painting process at a warehouse in Virginia, I would roll them outside to see their reactions to natural light—this was an important factor in planning their scale. The second part is Sisyphus, another sculpture originally created in clay, cast into bronze and mounted onto a block of granite. The last component is Pac-Lab, which is the name I gave to a large scale labyrinth of colourful resin blocks based on clay sculptures I manually created.

How did you turn regular size clay figures into gigantic sculptures?

We scanned them three dimensionally and enlarged them on a computer. Later, a giant CNC machine carved them out of foam and they were resin hardened. The entire process merges traditional ways of sculpture making with the most recent technology; therefore, I see them as contemporary relics of the digital age. Primary colours like blue, red, yellow, black, and white pay homage to Mondrian. These are also whimsical and joyful colours that contain multiplicities; they are engaging, enlightening, humorous and macabre.

Bernard Tschumi, who designed Parc de la Villette, was interested in Deconstructivist theory and sought advice from Jacques Derrida for the park’s design which underlines environmental and architectural engagement rather than relaxation and leisure. How do you respond to this aspect of the park?

You can see what Tschumi was going for when you visit the park, such as the follies, which are little decorative buildings with no particular purpose. He was interrupting the grid which is different from what I am trying to do. I am trying to break down and work out the ways of being articulate, and what happens before ideas are born. The labyrinth is endless with millions of ways to manoeuvre in it. The end game is to ask, “What’s the point?” While I was creating the clay sculptures that eventually turned into labyrinth walls, I closed my eyes and tried to make perfect rectangles without using any tools. It eventually turned into a maze, the materialization of a search.

“Technology strives to make things perfect, yet there is no straight line; it’s all human definition. I want to focus on the reality which is uglier or somewhat mistaken”

Before starting your artistic career, you worked as a cook which also requires manual precision. I know you don’t like things to look purely manufactured and fabricated. How traceable is the hand in these sculptures?

I wish I could just use clay, but the nature of physics doesn’t allow that. Combining the actual nature of the material with the technology creates an interesting tension. There is something honest in emphasizing the organic and direct use of materials. My true nature is about the unconscious, so I don’t want to hide what my hand is doing. At the same time, I want to embrace how things are made today. Technology strives to make things perfect, yet there is no straight line; it’s all human definition. I want to focus on the reality which is uglier or somewhat mistaken.

Your figurative sculptures of flowers and human figures are your most recognized works. Do these new sculptures signal a different path for the future?

My first figurative work, The Pit, was not just figurative but also grotesque. Now I am trying to express what it feels like try to express an idea. Instead of a coherent feeling, I aim to sculpt the internal thought process that goes to an idea, and I see this is as progress.

“The plays I used to write were non-linear texts about the unconscious. They emerged from my interest in phonetics and Absurdist philosophy with inarticulate words and sounds. No one wanted to produce them.”

The project contains literary and philosophical references. Does your previous career as a writer have an impact on your work?

The plays I used to write were non-linear texts about the unconscious. They emerged from my interest in phonetics and Absurdist philosophy with inarticulate words and sounds. No one wanted to produce them. As an artist, I can sculpt my characters through their thought processes. The foundation of this project is search for articulation and meaning. I try to make my unconscious three-dimensional. Absurdist philosophy is all about this; think of the myth of Sisyphus; his sole struggle is to push the rock to the top but only to start over again.

The way a writer builds a character with words is similar to how a sculptor shapes the material with bumps, oozes and textures. How do you see the correlation between developing a character and forming a sculpture.

They are very similar but also very different. I start with a somewhat autobiographical anecdote that I feel strongly about. I let instincts take control for a while, which involves trials and errors. With characters, it was about revisiting their lives. I used to ask, “What happened today different than any other day to this character?” The difference in sculpture is the material. I see how materials react to what I am trying to do and I back off if necessary. It’s important to work with materials I can easily handle with my hands. Before clay, I used to work with papier-mâché.

What are the challenges of showing in public spaces as opposed to a white cube gallery? You exhibited in New York in public, but each culture has its own sensitivities and limits.

The struggle with public art is bureaucracy; the fear to offend people is frustrating. In a white box gallery, the experience is intimate. If I could choose, I’d prefer public art and reach more people, but it’s not always the case. At the same time, public presentations may eventually lack intellectually challenging aspects when they get watered down by regulations. 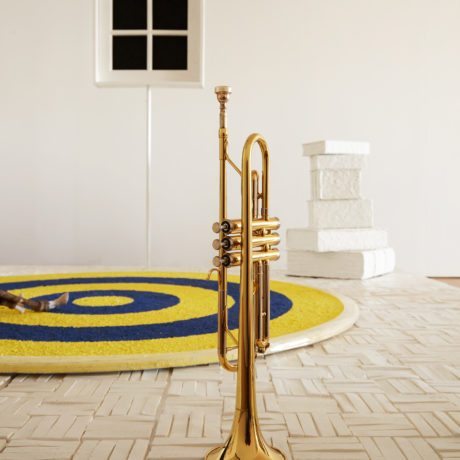