Can you tell me a bit about Recipe for a Poem?

The body of paintings are predominantly influenced by pivotal life experiences; sickness, life, death, love and lust. I try to show this through my use of line, surface and colour, and by dripping paint onto the canvas. The series of paintings function as — and almost appear to be — love letters. This relates to my interest in poetry. A poet uses words to make a poem, much as an artist uses materials and the surface to make a painting.

What is it about Romantic European poetry that interests you, and how do you interpret this for the 21st century? Do you wish for your works to offer a return to some of those messages? Do you feel something has been lost?

I share an affinity with these poets in the way that they view the world and the meanings they try to convey through their works. Issues such as love and agony run throughout my artworks, themes which are also prevalent in Romantic 19th century poetry. I have titled some of my paintings and series after some of these poems as I felt my paintings were attempting to express the same sentiment. For example, the title Recipe for a Poem comes from a poem by Sigrid Kruse, a Modernist German poet. I connected with the way Kruse wrote about objects such as the rose.

Red is very prominent throughout your work, have you always worked so strongly with this colour, or has this been a more recent development?

The colour red plays a pivotal and visceral role in my paintings. It moves me whilst I am painting. It alludes to blood which works as a symbol for vitality, giving life and meaning to my artworks, the blood itself becomes a visual metaphor. The blood can either be seen as a rose, a beating heart or a wound. William Blake’s “thy bed of crimson joy,” influences my own colour palettes and themes, and relates to the most vital elements of human existence.

How do you begin work on a painting or series of works? Do you have quite a clear idea in mind when starting out or do they develop quite spontaneously?

It is generally quite a spontaneous process. I can be inspired by looking at the shape of a cloud, the colours of a rose or perhaps an emotion I’m experiencing. My works do not always consciously aim to express feelings and emotions; they are more like an organism, or a living creature which is continually evolving. I should mention that I usually choose the name for a series after the creation of the series.

How has Iran influenced your work?

Although I live in the Middle East, I don’t think this has necessarily impacted the way I work. In many ways, my paintings have Western origins; however, it wouldn’t change anything if they were Eastern. For me, the paintings are visceral, it is more important that the viewer engages with them from an emotional standpoint.

‘Azadeh Razaghdoost: Recipe for a Poem’ runs until 10 February 2017 at Sophia Contemporary Gallery.

Re-Making Myths for the Modern Age

Re-Making Myths for the Modern Age 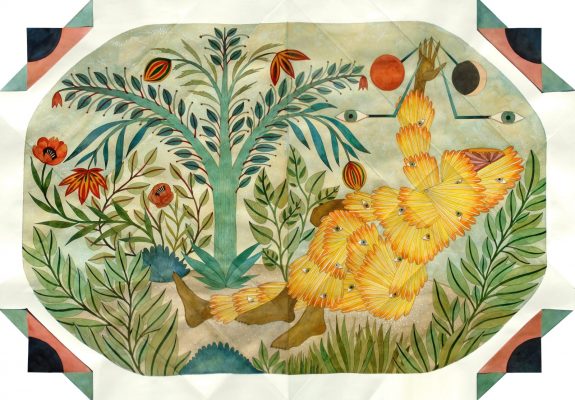 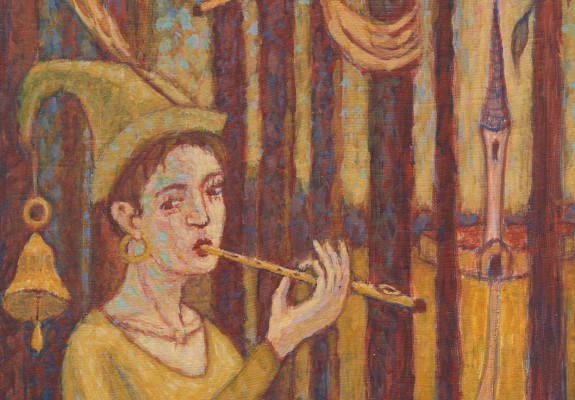 The Glasgow artist explains how he brings to life his delicate tempera world of anachronistic figures and mythic settings.
Read More 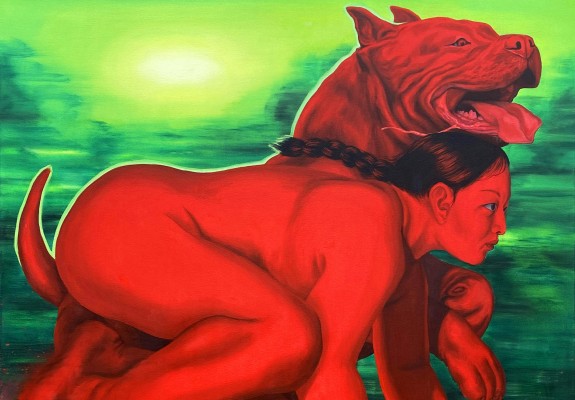 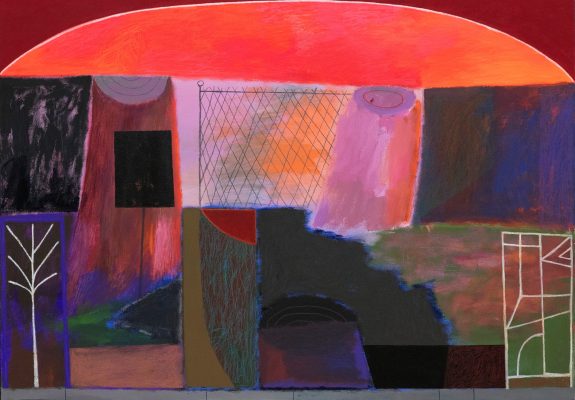 The Californian artist explores everything from the fraught politics of the US-Mexico border to the experience of falling in love.
Read More 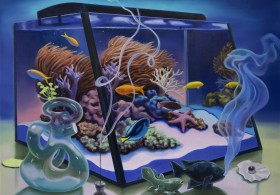 Fish Out of Water: Sea Life and Strangeness in the Paintings of Minyoung Choi

Future Shock: Haunted by the Ghosts in Kara Chin’s Machines 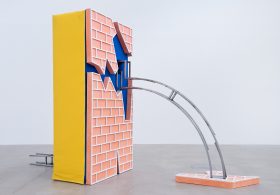