Can you tell me a bit about Ultraviolet, your new show at Richard Heller Gallery?

Ultraviolet is a series self-portraits. Not literal versions of me but characters, personae, and aspects of my personality represented. I have spent the last two years making multiple series of portraits based on others, that I had actually known or had made up, and finally just felt like there were pieces of me I wanted to get out. There are often times I’ve said or done things that I can’t even believe, phrases I have repeated in my head over and over, certain scenes repeat themselves. Some things just get stuck in my head on loop. There is a kind of shame or embarrassment that goes with all of these events—and an obsession—and I just wanted to air them out, get the pressure off and admit, yeah, I’ve done these things or desired this quality or wanted to be this part of this person. And really this is my way of being a million versions of me.

These are much more figurative than your previous works but the faces are still abstracted in many ways. How did you come to this balance?

I wanted to bring it back in and share things about myself that scare me but in the most beautiful way possible. Sometimes I’m uncomfortable, and sometimes that leads to weird solutions. I still feel like hiding a lot of the time, I still don’t want to go out and be social, I still feel like crawling out of my skin when I get rejected. These portraits are my way of hiding parts of myself and showing all the things I pile on and cover up with, intentionally or unintentionally: jokes, makeup, outfits, vocal quirks. I can’t always be open and outright about how I actually am and feel, I have to hide it, jumble it, obfuscate it.

You have also increased the size of the works, and it’s been mentioned that they have become more “experiential”. Has this changed your own relationship with the pieces as you are working, and do you feel you surrender some control the larger they get?

Yes, I surrender some control. That is true with all of the works really just in working with oil paint, but especially on these larger ones. I don’t have the ability to simultaneously see the full painting and work on it, so there is always that element of working on two images at once, the micro and the macro. And they are two entirely different worlds that ultimately combine to make one. That fits well with how I feel too, trying to have an individual personality while being part of a group and all of the awkwardness, mistakes and clumsiness that goes along with that.

Your pieces are incredibly hands-on. What is your process when making a painting? Do you have quite structured plans for composition or do you work instinctively?

I don’t start with super detailed plans, mainly because I’ve found I’ll throw them out along the way. Often though I will have a colour concept or general compositional forms in the shape of masses. I lay out a bunch of paint initially, slather it on and make a mess and then I go about bringing order to it, forming the figure and shaping it together, then destroying parts of it again by adding more to it and so on. It’s a back and forth. I work on it and walk backwards to see it, it’s sort of a dance really. It’s very instinctive. I get in a zone where time passes at a weird rate, it seems like hours and then it’s only minutes and then it seems like minutes and it’s been hours. I fall into another dimension.

Your works have been described as “tortured souls”, and they are incredibly complex and energetic. Would you describe them as emotional and if so, do they reflect your own emotions?

They are definitely emotional to me. It’s funny because often they have neutral expressions on their face while all this seemingly wild and messy and chaotic activity is happening, and that is very real to me. I often have this feeling of standing back and just observing it all. This world is so crazy I often have felt I’m not part of it or I don’t belong here really and there is this distance from huge chunks of it, that is self imposed. It is a way of protecting myself. If I’m not in it fully I can’t be hurt by it. But unfortunately it doesn’t work like that. I try to work out all of these things in the paintings and go through all of the things I think and feel and put them into the paint more than the actual expression of the figure. And then there’s the overuse of paint itself. So if they seem tortured I think that is part of the human experience. There’s always this element of trying to fit into a world where they don’t actually belong. 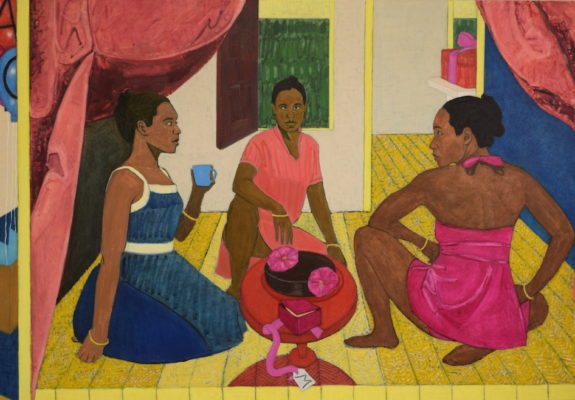 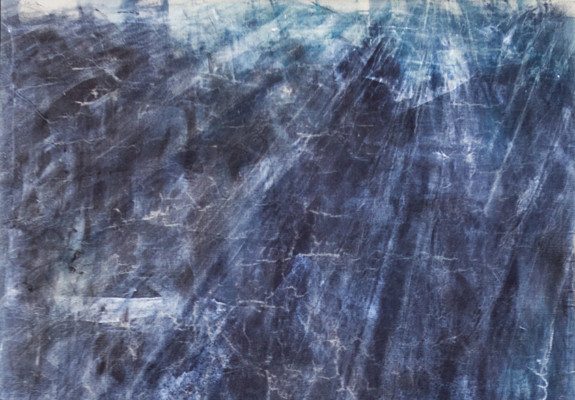 The American artist Cole Sternberg recently undertook a 22-day journey by sea from Japan's Shin Kasado to Portland Oregon, submitting his paintings to the elements along the way. The vibrant…
Read More

Eileen Cooper, RA is a British artist, Goldsmith’s graduate and the first female Keeper of the Royal Academy since its beginning in 1768. Sometimes described as a ‘magic realist’, Cooper…
Read More 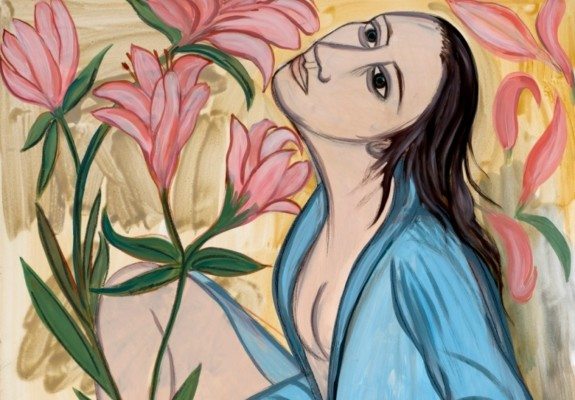 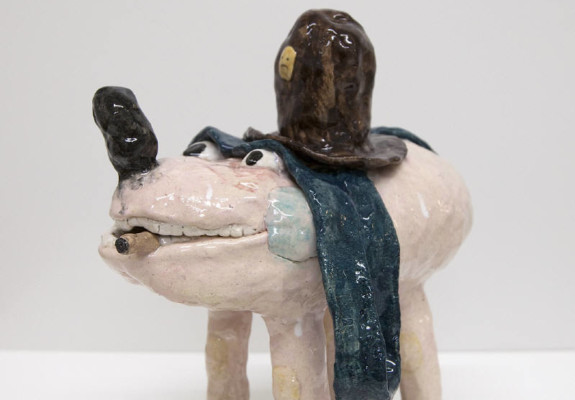 There's something undeniably grotesque about the lumpy sculptural works of Swedish artist Joakim Ojanen, though this is balanced with a sense of humour and a child-like naivety which, in all,…
Read More 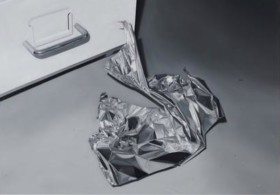 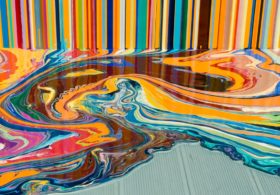 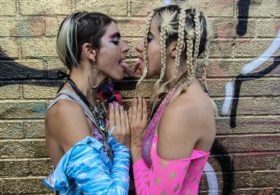 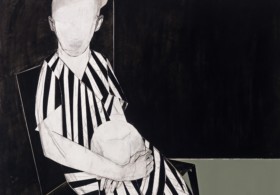 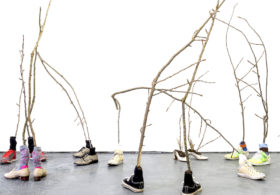 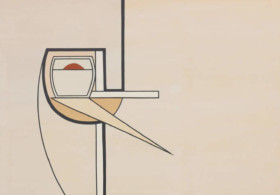 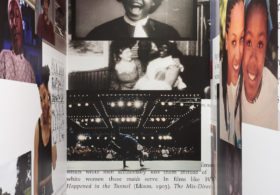 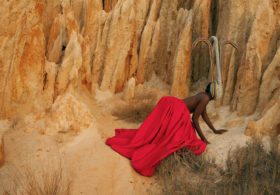