The death of George Floyd at the hands of Minneapolis police officers in May 2020 shook people the world over, and revealed for all to see the systemic racism that looms large in the United States and beyond. The news created a storm of outrage, sadness and pledges to finally do something to address the problem. It seemed to be the final push within public consciousness that enough was enough and led to Black Lives Matter protests around the world. There have since been commitments to change made by those slowly owning up to their complicity in a discriminatory world, but what these promises will bring remains to be seen. Accusations of police brutality and racism have remained constants for decades, with tragically few signs of improvement in recent memory.

“Police brutality and racism have remained constants for decades, with tragically few signs of improvement in recent memory”

Joseph Rodríguez’s photo series LAPD 1994 makes that absence of real change within the police force all the more obvious. The images are currently on show online in an exhibition hosted by The Bronx Documentary Center (BDC), and the series is also published in a new book that looks to further the conversation about the urgent need for sweeping reform.

Documentary photographer Rodríguez was born and raised in Brooklyn, New York, and began shooting the LAPD 1994 series following the uprisings in Los Angeles in 1992. Tensions had already been on the up in the city, but the spark that ignited a tinderbox of unrest over May and April was the result of the Rodney King case. In 1991 four (all white) LAPD officers arrested King and his two passengers after a high-speed car chase. They tasered him, struck him dozens of times with batons, stomped him in his back and tackled him to the ground, before handcuffing him and hogtying his legs. They made no attempt to cuff him until they’d hurt him so badly that he lay still. A local man filmed the whole thing, and the footage spread across TV broadcasts, making the utterly gratuitous violence plain to see. Yet the four officers were acquitted when they went to trial in 1992. The riots began within hours of the verdict.

With the world intensely aware of the horrific tactics used by the police, the LAPD set about attempting to patch up its public image. These PR efforts led to the LAPD commissioning Joseph Rodríguez to document officers for The New York Times, giving him unprecedented access to the daily workings of the 77th Street, Pacific and Rampart Divisions. The idea was to present a “kinder, gentler cop”.

His images can be described using many terms, but kind and gentle are not among them. Little had actually changed in the LAPD after the riots. A 1998 investigation into part of the Rampart division, for instance, uncovered a litany of scandals committed and covered up by officers: the murder of a fellow cop, a bank robbery, unprovoked shootings of alleged gang members, drugs stolen from the evidence room and many further crimes. 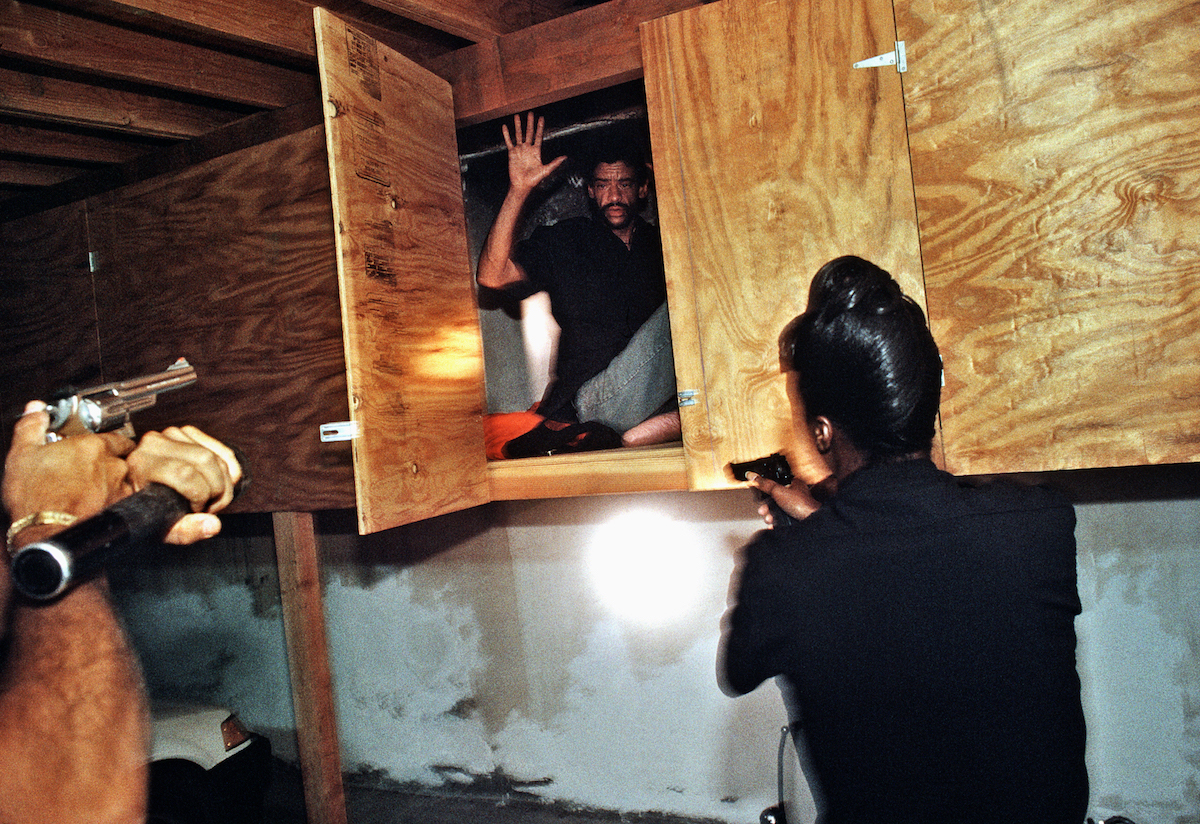 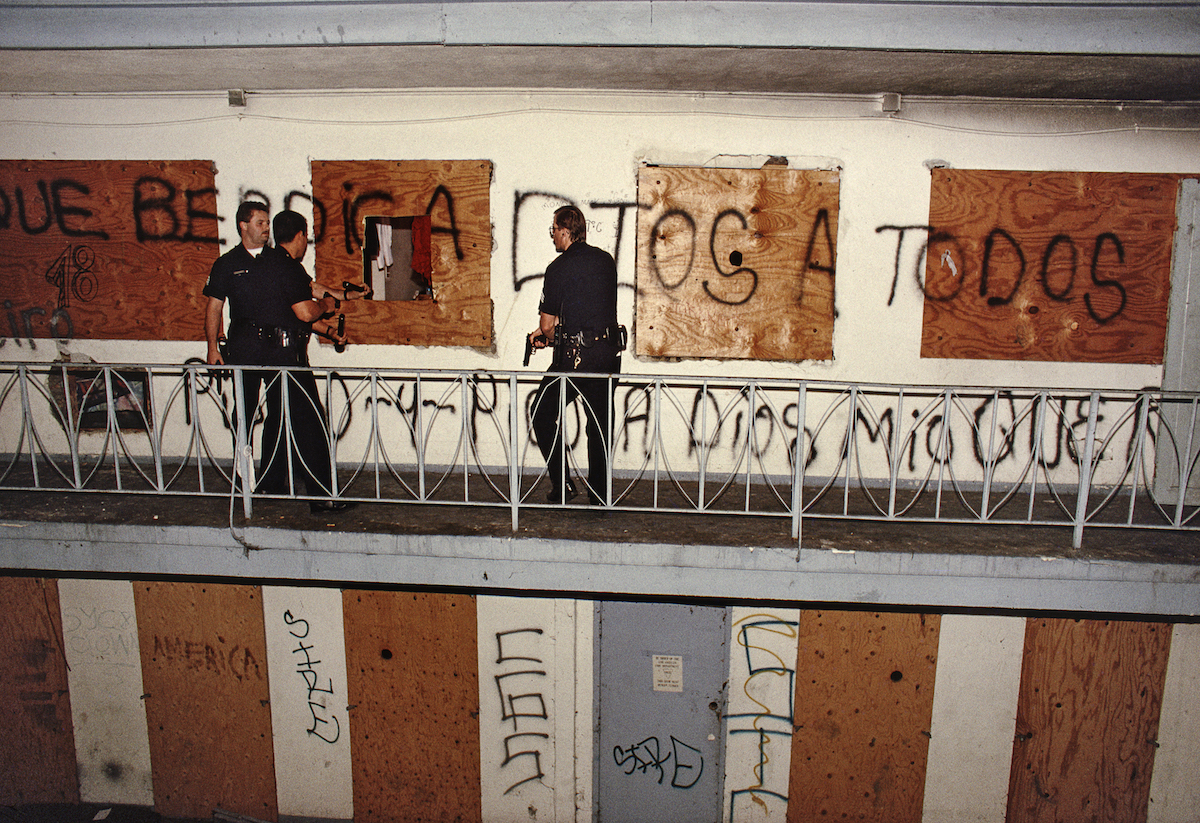 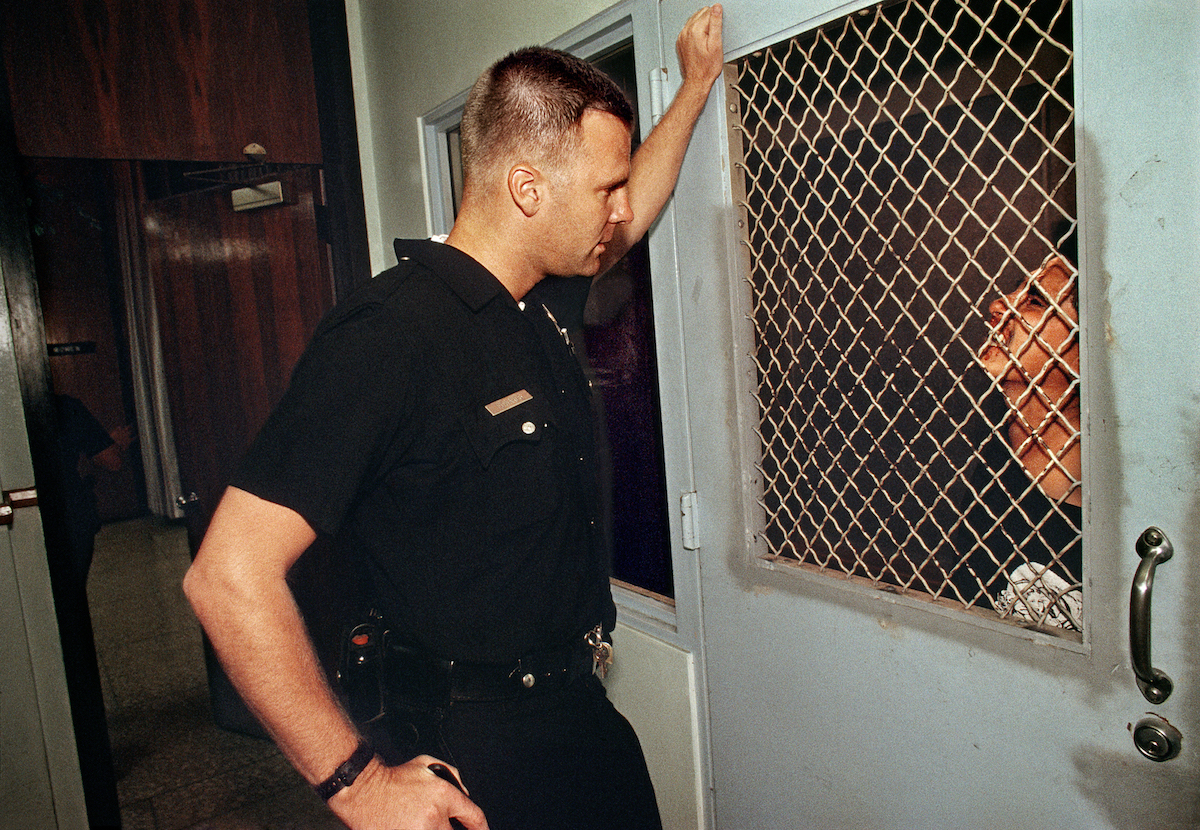 “Rodríguez’s photographs are about humanity above all”

Rodríguez’s photographs, billed as “an up-close and personal look” at the cops, victims and violent perpetrators in working-class communities of Los Angeles, are about humanity above all. Portraying the faces on the receiving end of gratuitously vicious treatment makes such atrocities all the more chilling. “In 2020, the year of Black Lives Matter, a generation after these photos were taken, new uprisings demand reform yet again and the same questions about policing—what are they for, who do they serve, and who do they protect—shape the public discussion,” the publisher reflects. It can only be hoped that the new publication of these portraits—beautifully shot, but narratively brutal—will serve to further drive home the point that police strategy, training and deployment must be radically overhauled.

Published by The Artist Edition, out now 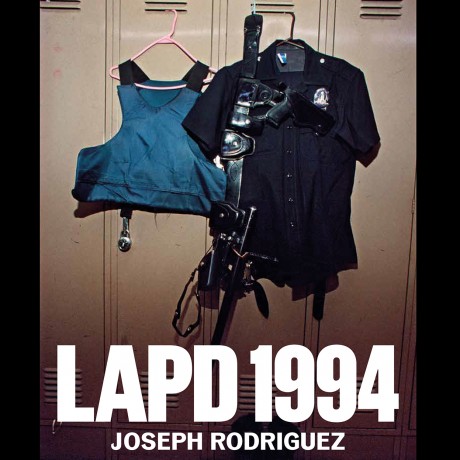