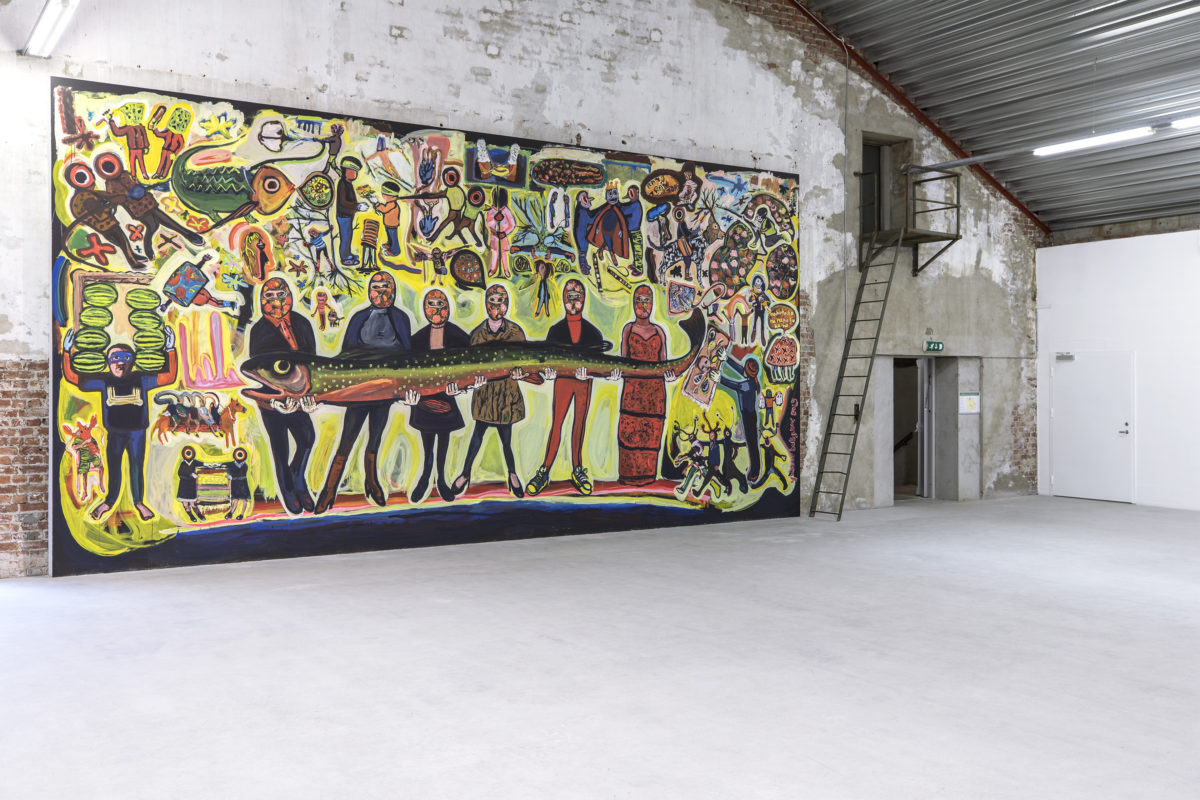 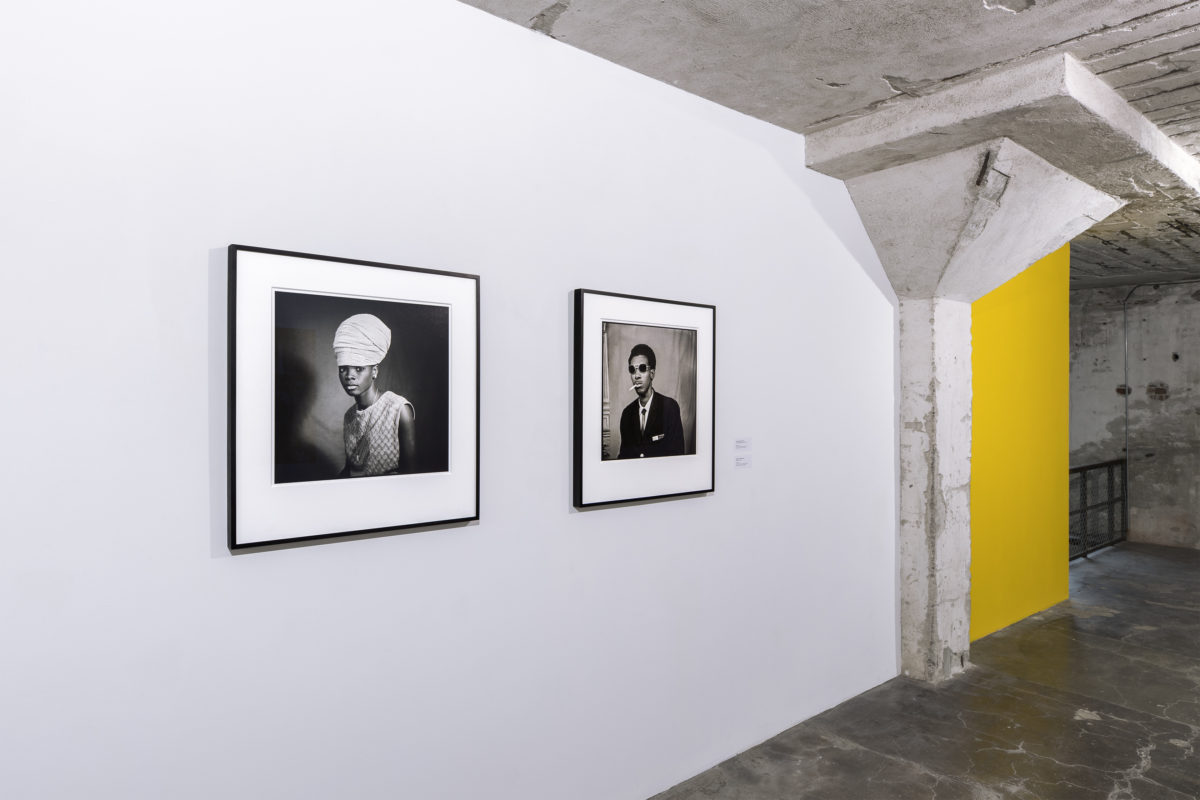 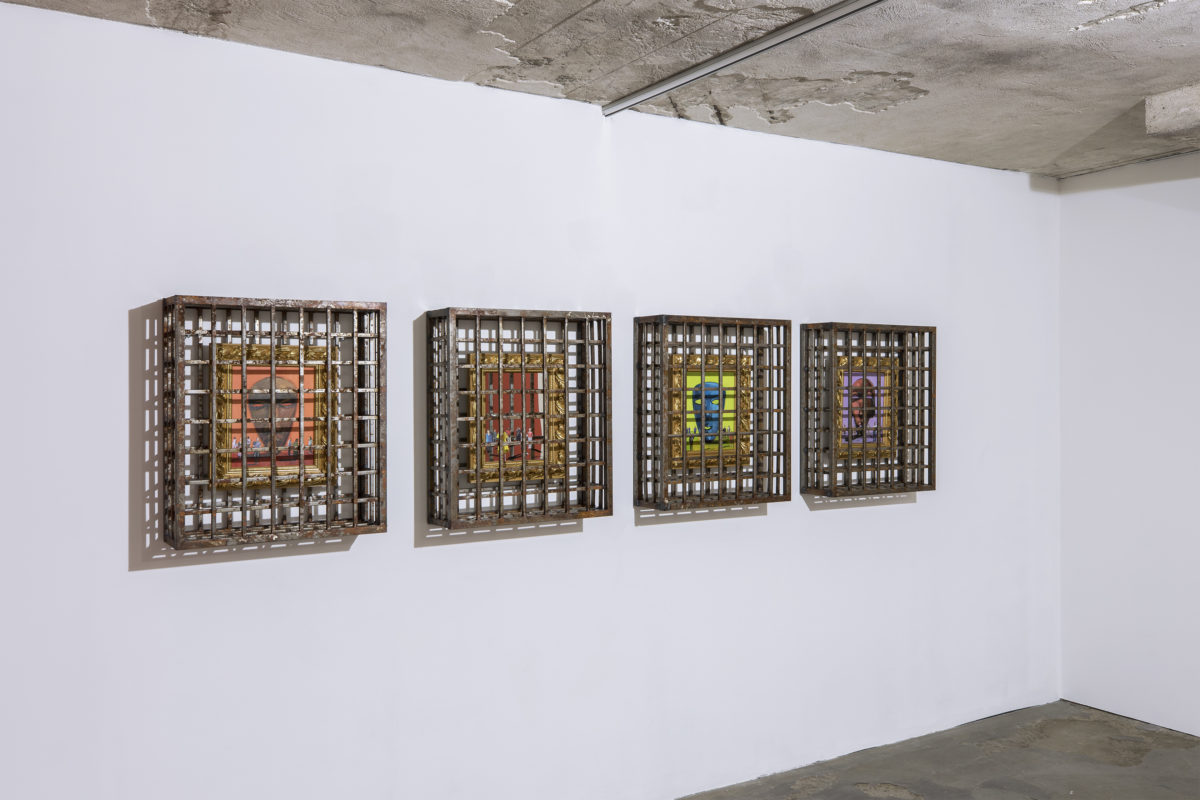 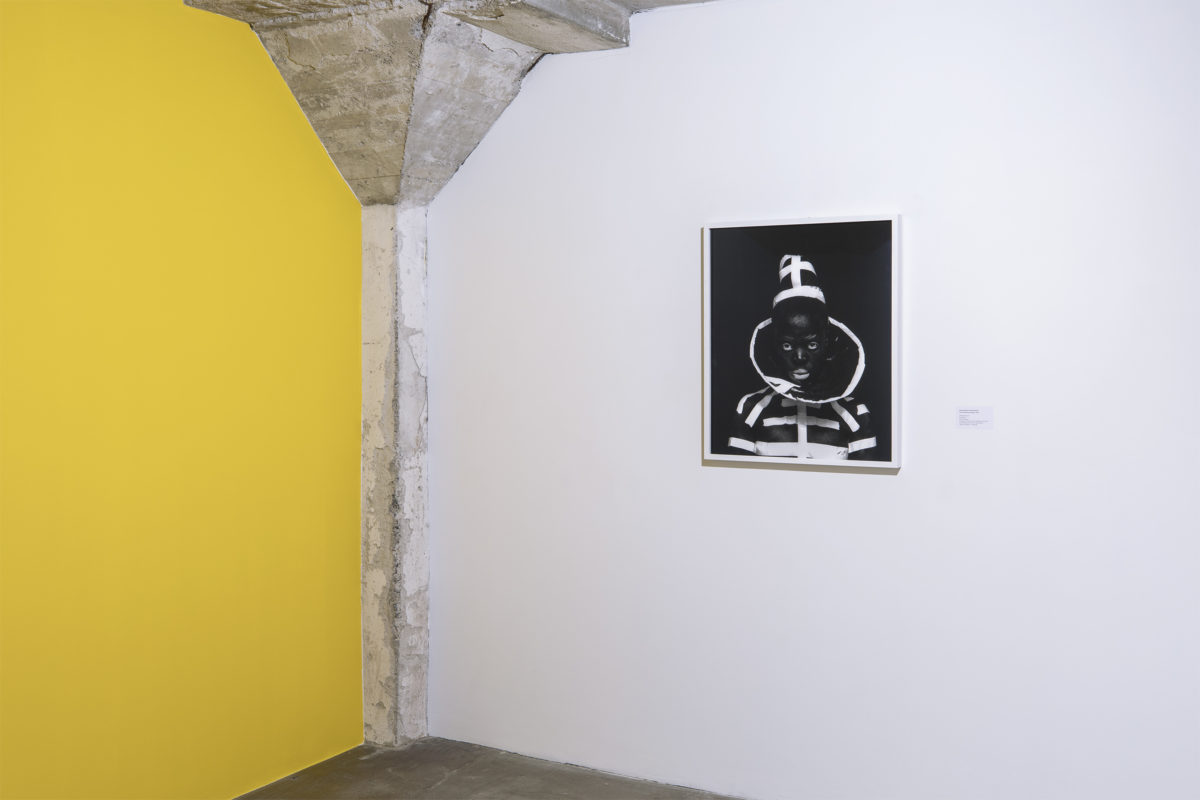 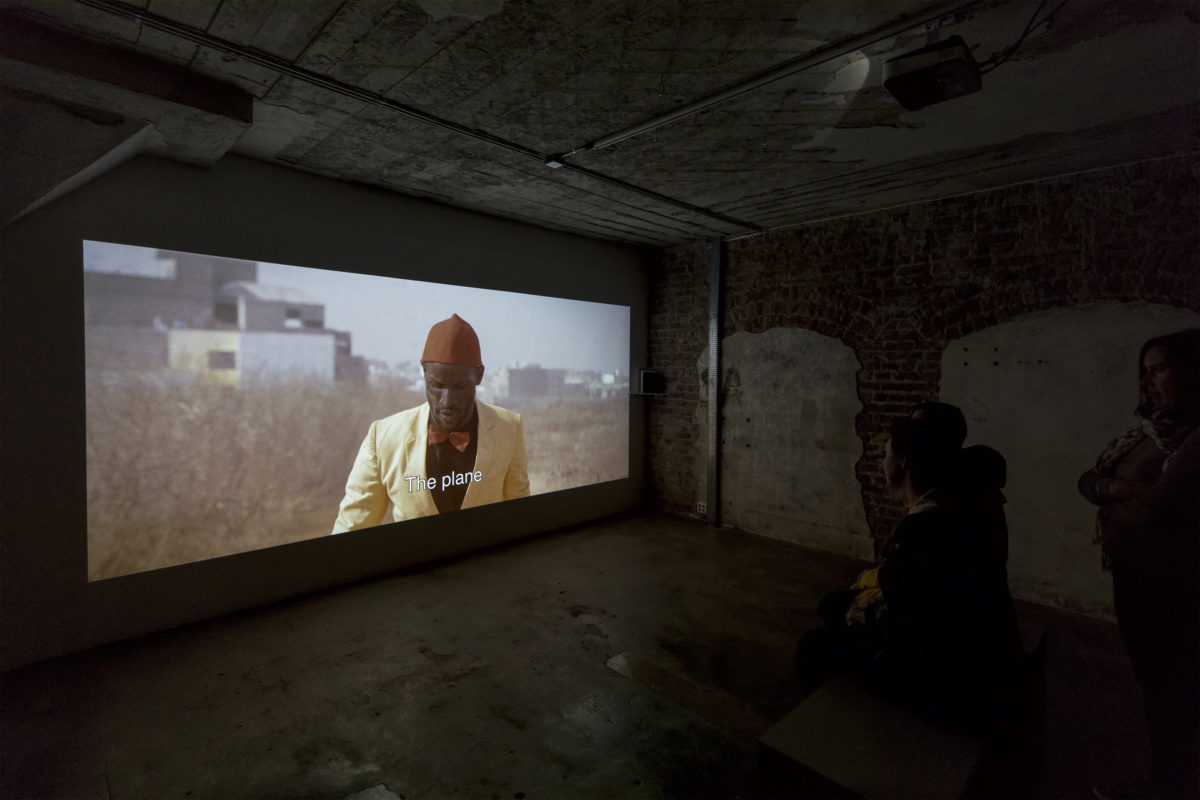 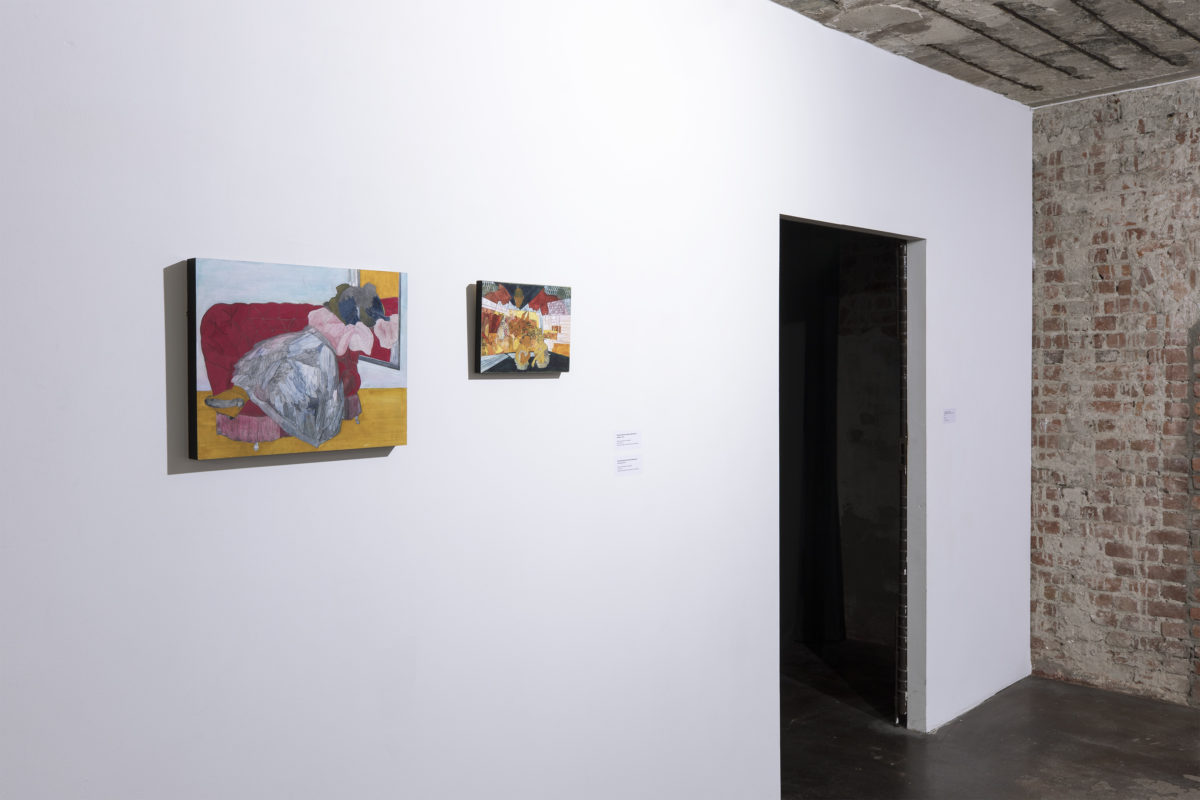 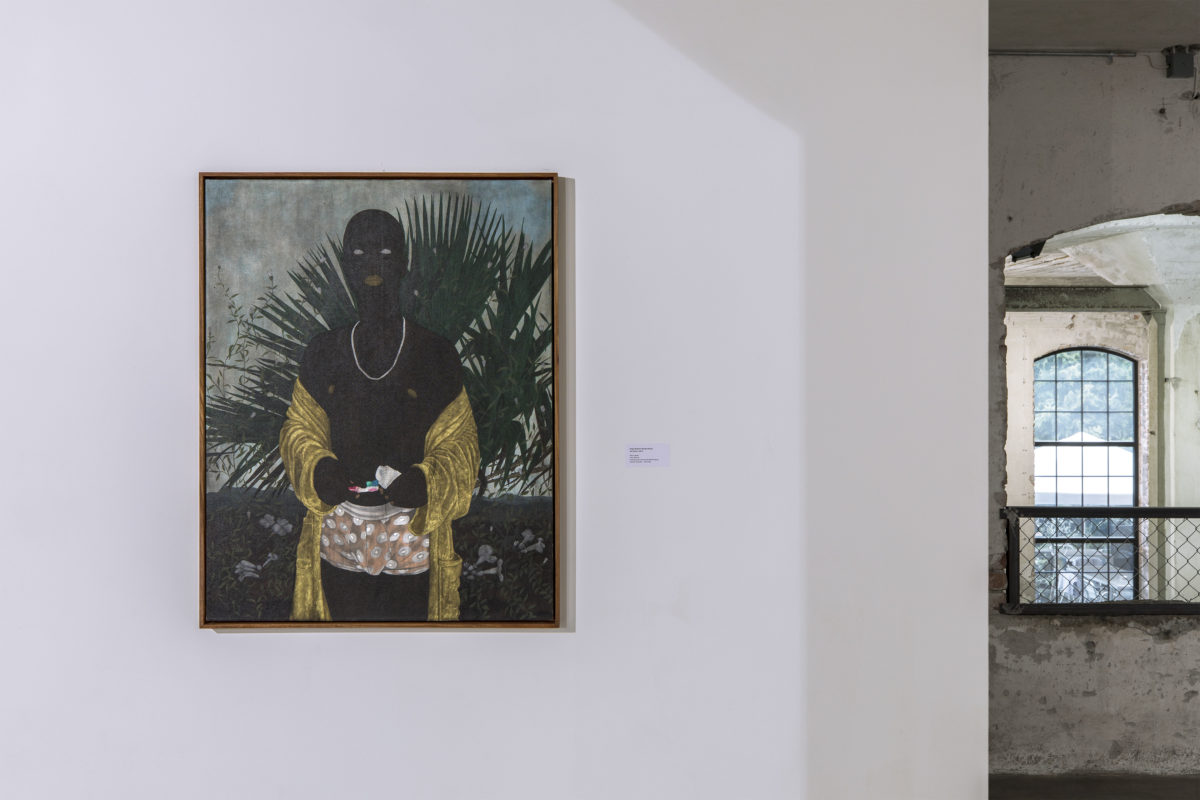 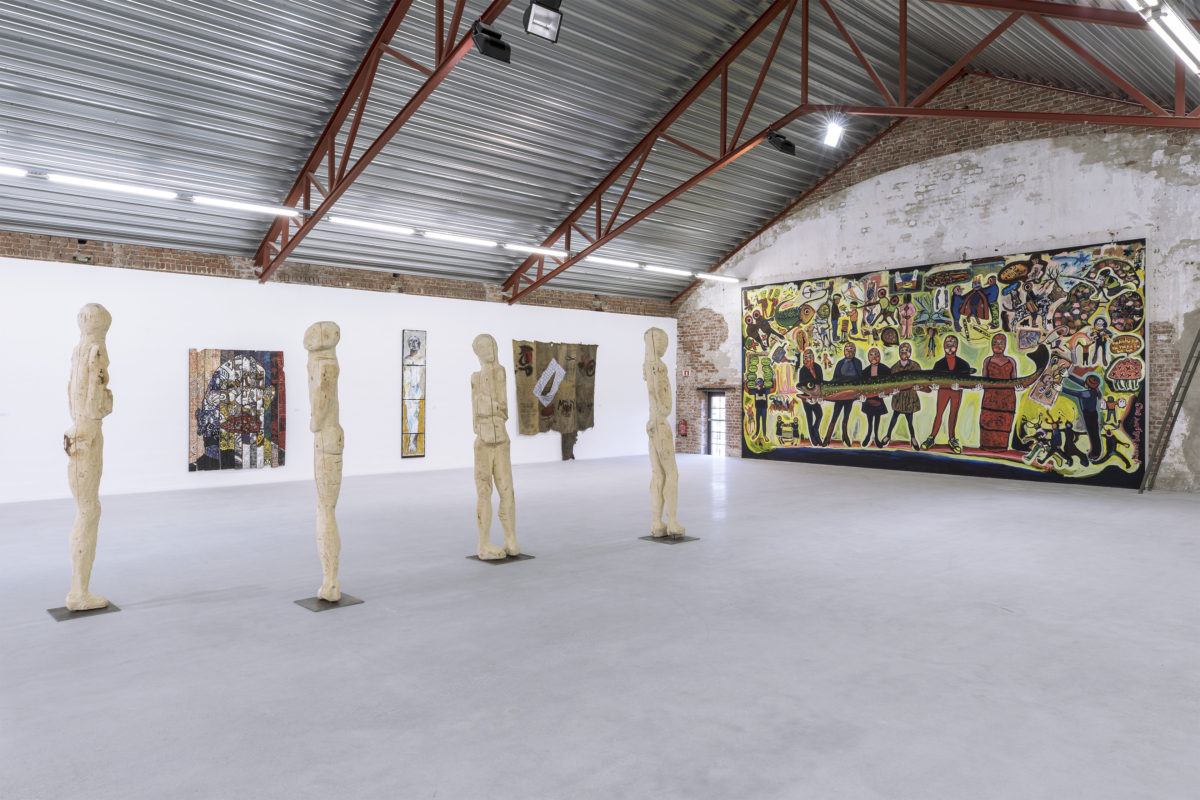 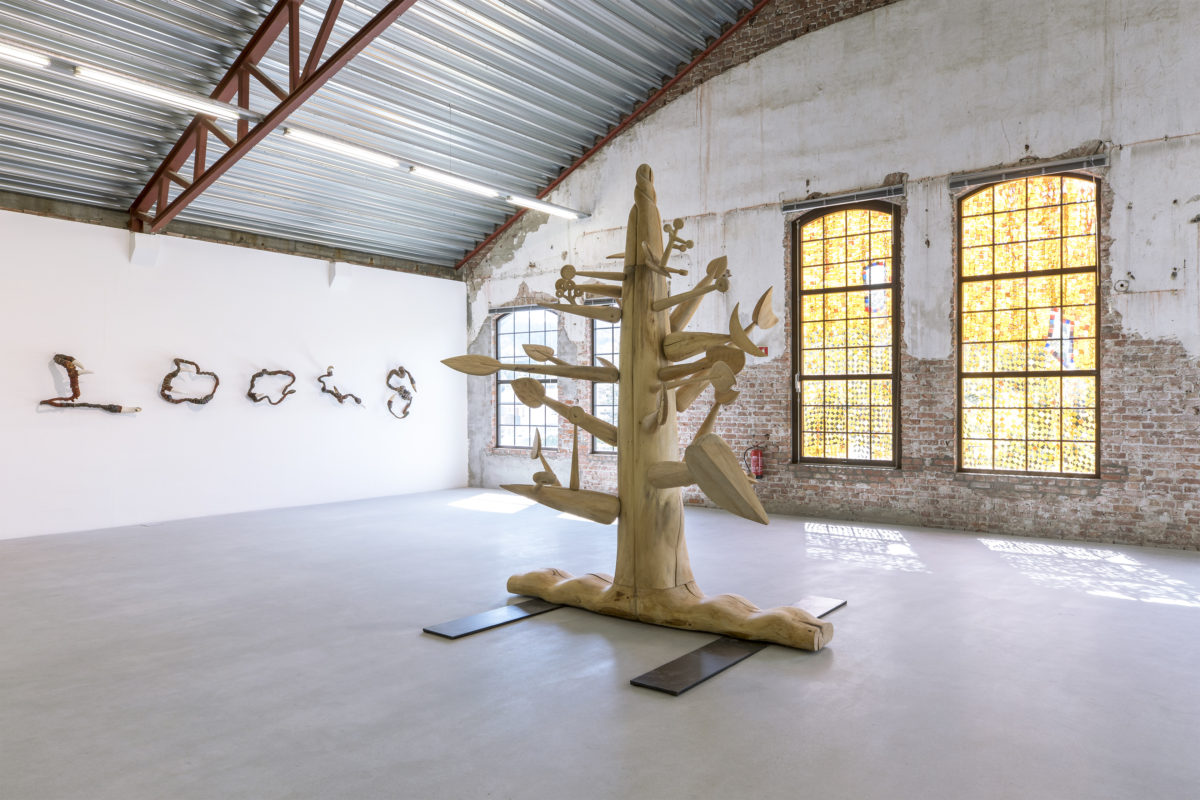 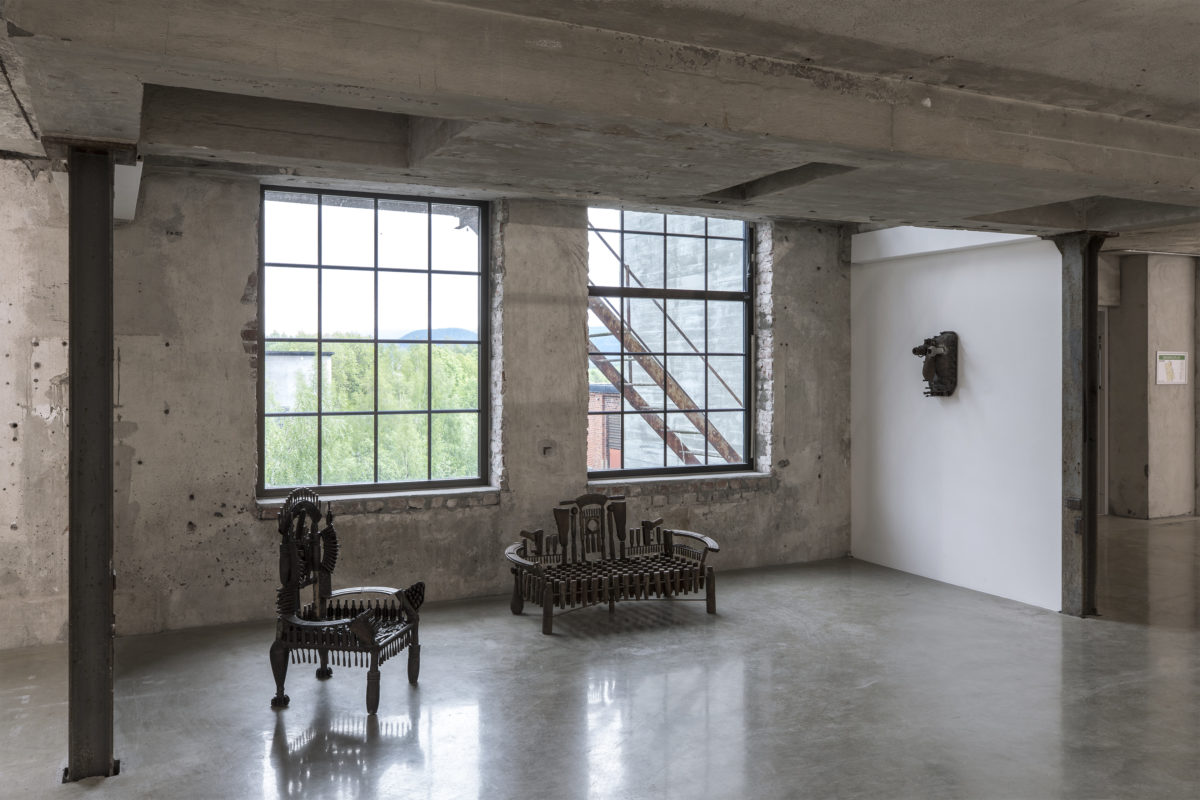 Finally, it seems, art and artists from the vast continent of Africa are gaining robust recognition. But what do we mean when we group work together under the “African art” title, considering the continent is made up of fifty-four countries? Naturally, people working across such a vast place means excitingly multifarious approaches to thinking about and making art.

A new show at Vestfossen Kunstlaboratorium in Oslo, curated by London gallerist Kristin Hjellegjerde, looks to highlight underrepresented works and artists, presenting a major survey show of contemporary artistic practice across the African continent. Entitled Kubataba: An Exhibition with Contemporary African Artists, the exhibition brings together works by thirty-three artists from eighteen of Africa’s fifty-four countries.

Spanning all four floors of the museum, the show covers not only a broad geographical remit, but a wide thematic one, too; across a mixture of media including large-scale paintings, installations, sculpture, performance, video, mixed media, textile-based pieces and more. At this year’s Venice Biennale, the Ghana Pavilion curator Nana Oforiatta Ayim asked the question: “What does freedom mean to different people and through different lenses?” And this feels pertinent for Kristin Hjellegjerde’s show, too.

“This is such a diverse continent, and any show can only hope to scratch the surface”

Freedom (or lack of; or constraints placed upon it) feels like a motif throughout much of the work. It is freedom that lets certain wall-hung pieces snake off their vertical hang, down the gallery’s stairwell and slide across the floor, imposing themselves on the viewer and placing themselves directly at the foot of another work. It’s restriction—veering on torture—that dominates another chair-like, skeletal piece.

In one large painting, the relativity of freedom and power is made plain in flesh, with a large, paunched grey figure waving birdcages above smaller men, who are literally bound together, as even tinier figures, rendered in sharp suits and bright colours, mill about, looking on, looking away. Are they us? Are they the art world? What are they ignoring? Another similar approach is seen in a series of four paintings, framed first in traditional gaudy gold, then shuttered behind rusty looking cages. They’re there to be looked at, but they’re trapped; and so are we, in that we can’t really look at the paintings much at all.

For all the works’ disparate themes and approaches, the exhibition title, Kubatana, is taken from the Shona language of Zimbabwe and means “togetherness”. “From what I have witnessed during my travels in Africa, there is such a feeling of togetherness and support amongst artists,” says Hjellegjerde. “They work together, help each other, and build and share studios, mentoring their peers and inspiring their children and the next generation of young artists.”

“Ultimately, what I want to achieve through Kubatana is to change people’s ‘aesthetic expectations’ of Africa and its reality”

Among the pieces on show are Ghanaian Serge Attukwei Clottey’s yellow wall-hanging work, created in Accra, which partially covers the museum’s façade. Made out of cut-up water gallon containers, Clottey’s work brings material to the fore. Gonçalo Mabunda from Mozambique, meanwhile, uses deactivated weapons of war as his medium. Nigerian Gerald Chukwuma is behind the striking wooden wall mosaics.

“Ultimately, what I want to achieve through Kubatana is to change people’s ‘aesthetic expectations’ of Africa and its reality,” says Hjellegjerde. “This is such a diverse continent, and any show can only hope to scratch the surface, but at least here I hope the artists get to speak for themselves.” 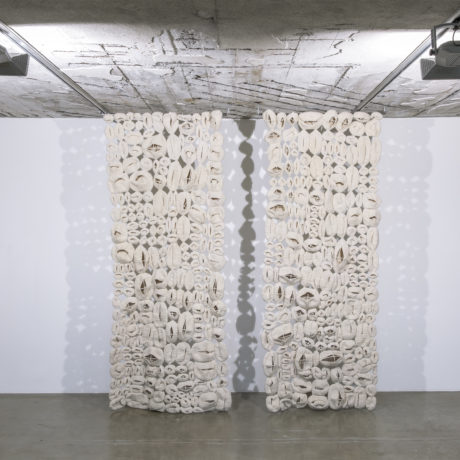