Managing to furiously trample over the line between crass, faux-Hollywood, Technicolor glamour and gruesome references to sickness, bodily decay and destruction, Anton Corbijn’s video for Nirvana’s 1993 single Heart-Shaped Box is certainly not to everyone’s taste. But in its configuration of disparate dynamics—both sonically and visually—as well as its encapsulation of a certain point in time, when teenagers surely felt dual impulses towards self-hatred and capitalist gloss, it’s something of a masterpiece.

Ultimately the last music video Nirvana released as a band, it feels so nineties, so brash, so brazenly heart-bleeding-on-sleeve emotional. There’s not much subtlety here: maybe that’s a criticism levelled against Nirvana. The quiet-loud dynamic; the very of-its-time “rawk” production; the unabashed dynamism of its despair. Yet it’s surely all these things that, for so many teenagers, made the band utterly transformative.

For anyone born of a certain era, during those painful Year Seven to Year Ten-ish secondary school years, a Nirvana hoodie (or the band’s crosses-for-eyes wonky smile Tippexed onto a school back) were a vital signifier. I’m uncomfortable, they said, and probably a bit sad. They united misfits everywhere and made everyone feel a little more connected to each other, even through each other’s disconnectedness itself. A lot of things do that for teenagers, but Nirvana are surely the archetype of teen disillusionment. Long before trite memes (or indeed any memes at all), Nirvana at full blast was the fanfare of the whole “it’s okay to not be okay” thing. In fact, they made not being okay quite cool, really.

“Long before trite memes (or indeed any memes at all), Nirvana at full blast was the fanfare of the whole ‘it’s okay to not be okay’ thing”

None of these things—in fact, nothing about teenager-ness at all—are about subtlety. Nirvana has depth, sure, but it also doesn’t shy away from brazen and not so sophisticated tropes—sickness, foetuses, big ol’ riffs, power chords, railing against anything “corporate” and the idea of “selling out”. There’s a crassness to it all, and Corbijn’s video plays this up into a grotesquerie that delights in those elements rather than downplaying them.

The director was brought into the project by Cobain, who had seen his Echo & the Bunnymen videos. “He had written a very detailed script for the song Heart Shaped Box, and drew the set idea as well,” Corbijn told the New Yorker. “It was extremely precise and detailed. I had never met a musician who was able to visualize his own music so well.”

The video looked to ape the trend at the time for newly colourising Hollywood classics, and so Corbijn shot the original footage in colour before transferring it to black and white. This footage was then sent to Mexico where each frame was hand-painted in a style that mimicked Technicolor. In an interview at the time, Corbijn said that it was the most expensive film he’d ever made. The director had initially looked into creating the film using actual Technicolor processing, but discovered the brand had been sold to China. That would have meant shooting the whole thing there, which didn’t seem feasible.

The vast majority of the ideas and visual reference points came from Nirvana frontman Kurt Cobain. “A few little things I changed, but it was his concept totally,” Corbijn revealed. Among his additions were the road through the poppies, and the fake mechanical birds and paper butterflies. These creatures, in their shonkiness, took on an eerie, almost school play-like feel. Their cameos also bring some dark humour to proceedings: the bleakness of it all lifts as soon as a crow appears to start mouthing the words from the song’s chorus.

Another key component that came from Corbijn was the large “Mother Earth” woman, painted like the figure that appears on the front of the In Utero album sleeve (from which the track Heart-Shaped Box is taken). “That was a thing he threw in,” Cobain said. “We didn’t talk about it, he just happened to film her one day when we weren’t there. It was incredible.”

“The footage was sent to Mexico where each frame was hand-painted. Corbijn stated at the time that it was the most expensive film he’d ever made” 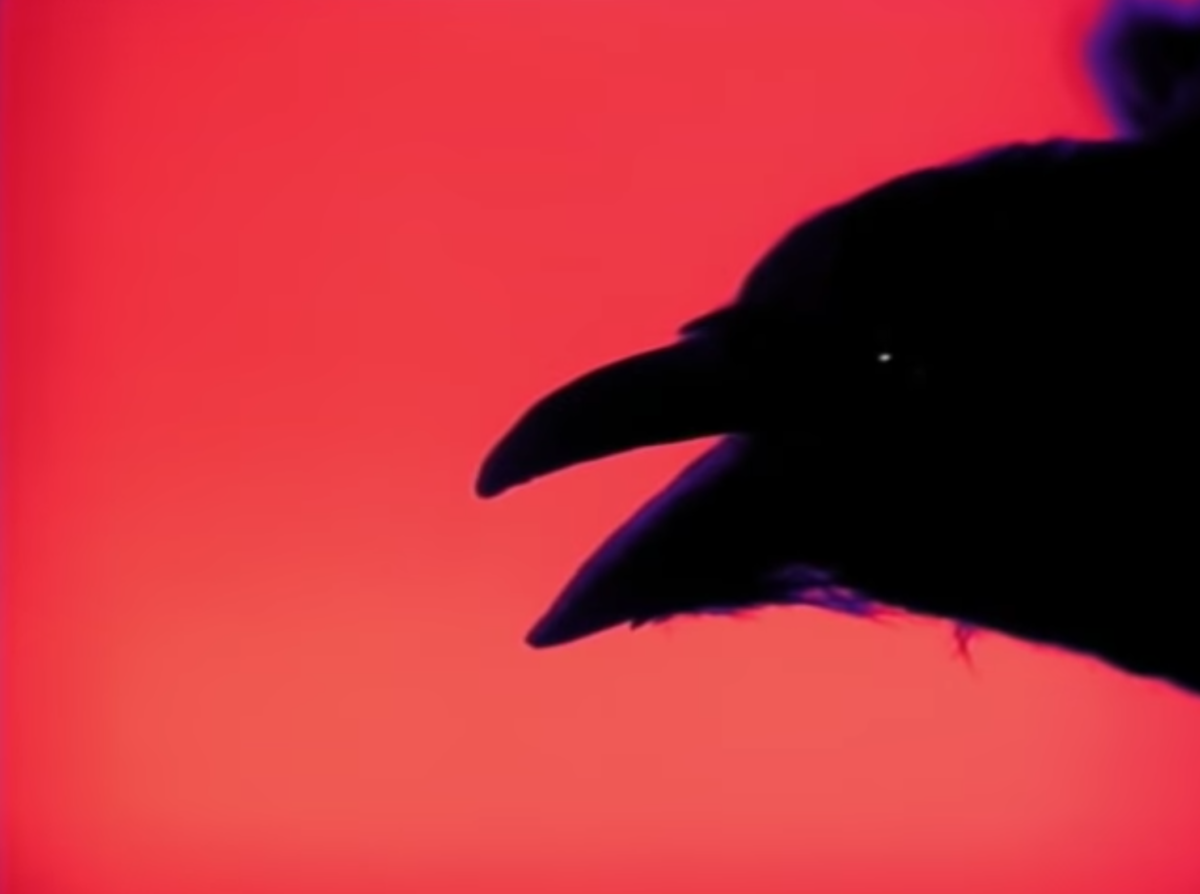 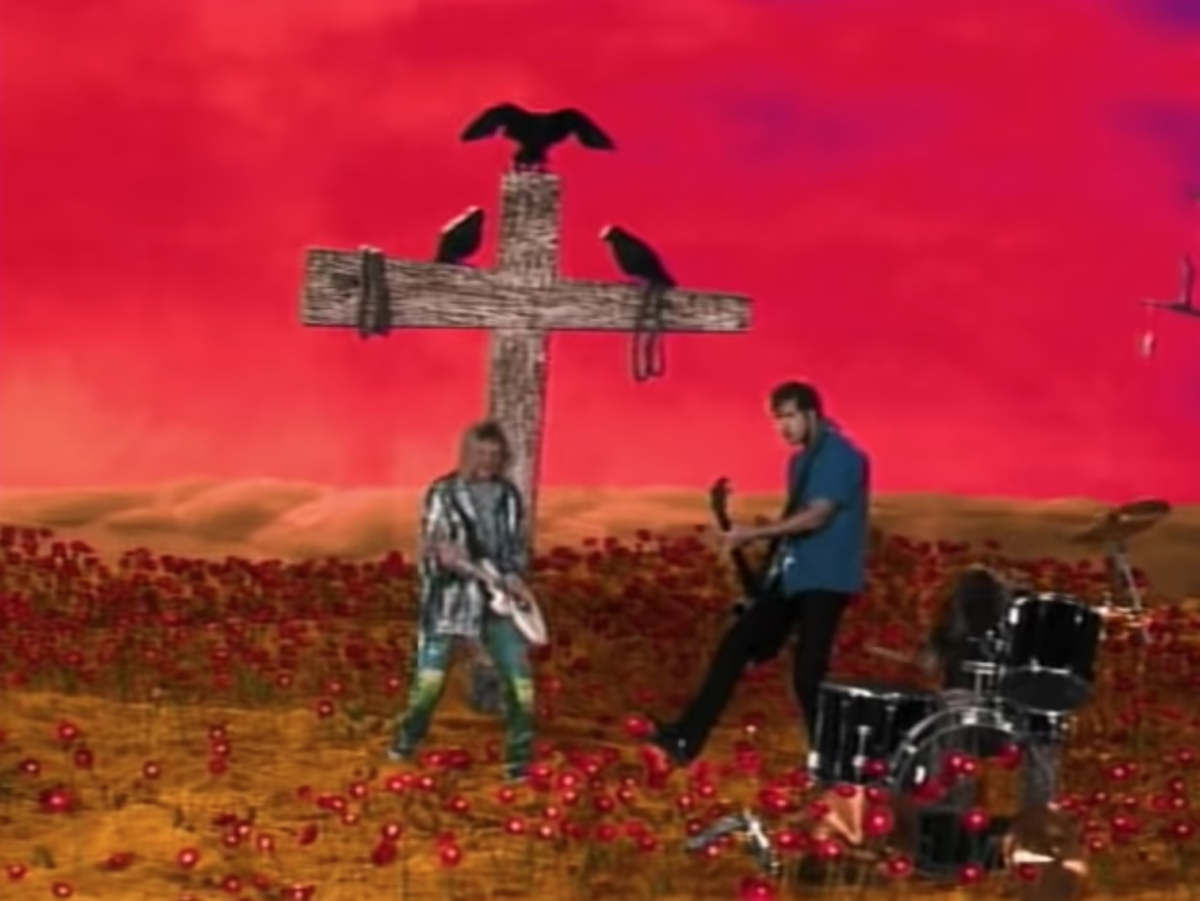 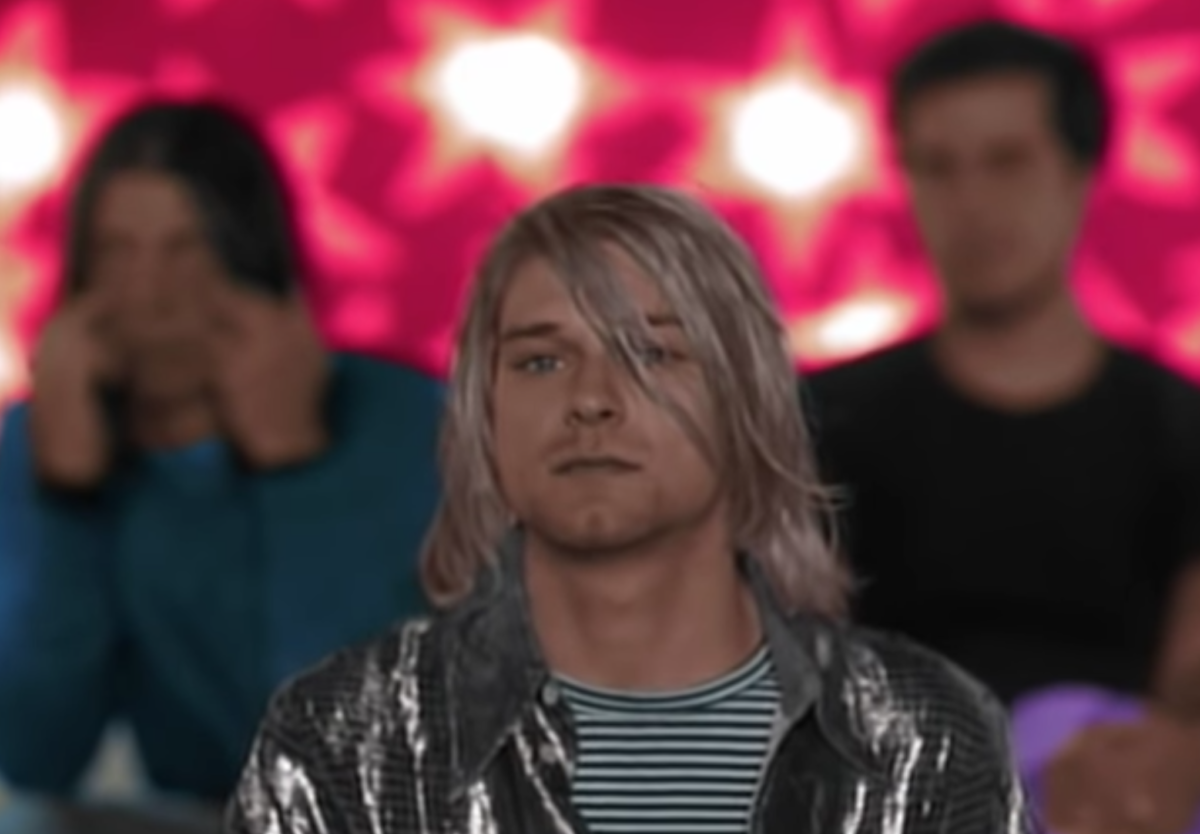 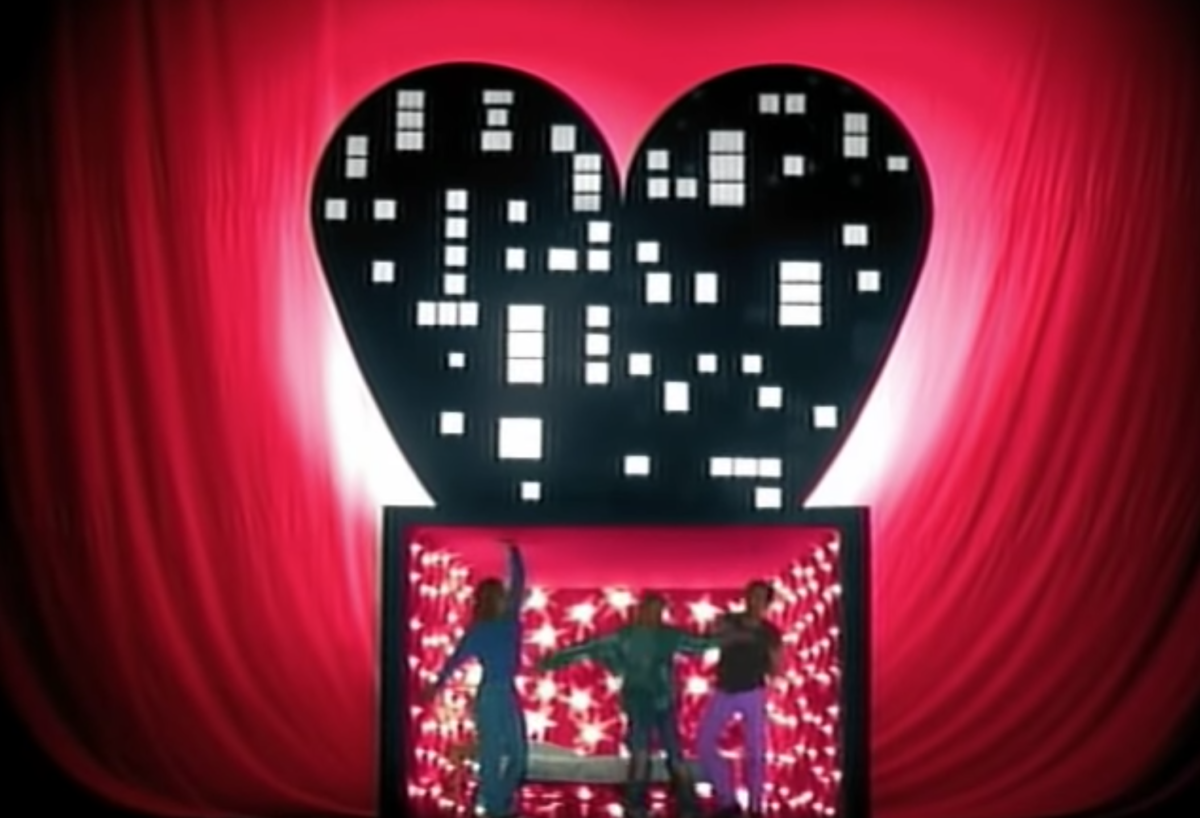 The narrative starts and ends with a hospital room; the band gazing on as a thin man lays immobile, hooked up to an IV, a large cross on the floor at the foot of his bed. This crucifix continues throughout the film, with apparently the same man strung up on a wooden cross, bafflingly sporting a Christmas hat. There’s a lot of strangeness here: a young girl gazing up at a tree of foetuses; a foetus in a hospital drip, pools of sanguine red liquid, and so on. Somewhat tellingly, Cobain described the final piece as “mind boggling… that video has come closer to what I’ve seen in my mind, to what I’ve envisioned, than any other video. I didn’t think it was really possible to come that close. It was just perfect.”

The video was much-lauded at the time, picking up Best Alternative Video and Best Art Direction at the MTV Video Music Awards in 1994, among other accolades. The ceremony, however, was held after Cobain’s death on 5 April that year. “Kurt asked me again for the next video, Pennyroyal Tea, but I felt that I couldn’t top the Heart Shaped Box video and turned it down,” said Corbijn in the New Yorker piece. “He then said that without me he would never make another video, and unfortunately he never did.”