In my work as an arts journalist and editor, I spend my days pitching ideas and stories. I can speak my mind, but I wasn’t always so confident in expressing myself. I joined my single-sex, inner-city London state school in 2001 as a shy eleven-year-old. Our uniform was a bottle green pencil skirt and blazer offset against a white shirt and yellow-striped tie. Its simplicity appealed to me and it offered some shield from the harsh judgement that inevitably grips adolescent girls.

At this young age I had the tendency to agree immediately and unreservedly with others, even when it meant contradicting the nods and smiles that I had offered in other circles. I was curious and desperately wanted to find my voice, but didn’t yet have the knowledge, ideas or opinions to put forward. My personality remained, to a large extent, a blank canvas. I wanted to fit in.

I grew up in a flat on the Edgware Road, a great artery that runs through the heart of north-west London. My parents worked as an accountant and a computer programmer, and our flat was comfortable but sparely furnished. We owned few books, CDs or films. We did have a television, but I wasn’t allowed to watch it beyond limited times at the weekends. I can recall countless conversations at school about shows like Friends, Buffy and Neighbours that I managed to tensely participate in despite having never once watched them.

The 9/11 attacks took place just ten days before I started secondary school, and I was twelve when one million people took to the streets of central London to make their voices heard against Tony Blair’s invasion of Iraq—the largest protest ever to gather in the capital. I remember the older girls walking out of school and down to the crowds, and the shockwaves that their act of defiance sent through the corridors. I wasn’t there, shy as I was and scared of stepping out of line, but their rebellion stuck with me.

I made a few close friends at school as I headed into my teenage years, with girls whose parents were artists, photographers, gallery-owners, musicians and academics. This wasn’t a conscious move on my part; I think that I was drawn to the easy, natural air of “cool” about these girls that I had never known, of rebellion and counter-culture. I desperately looked up to them, often copying outfits or mannerisms.

Through one of these friends I met my first boyfriend, Alfie. We were fourteen. Together we grew up fast, supporting each other through the acceleration from adolescence to early adulthood. We would drink vodka-and-coke at friends’ houses (with parents more liberal than my own) and sit smoking in parks and squares at night. I cut a fringe into my long dark hair, which my mother would always complain obscured my eyes. We went to indie gigs at now-demolished venues like the Astoria and the Hammersmith Palais, where they never once asked for our ID.

Our radius was rooted in West London, but we began to hear murmurs about East London, where artists had set up shop, and nights out were in abandoned warehouses. I still remember how intrepid we felt the first time that we travelled east; the Overground line didn’t exist, and riding the 149 bus from Liverpool Street to Dalston felt like journeying to another city.

Here, in basement nightclubs and grubby pubs, we found an assorted group united in their creative interests and ideals. Initially outsiders, we kept to ourselves in the corner. But when a male friend was scouted while we were out one night and cast as a model in an Alexander McQueen campaign, he was introduced to a rapidly converging world of art and fashion that gave us all the excuse we needed to join in.

Most who we met had little or no money. Some were teenagers like us, while others were just out of art college, in their early twenties. A few in their thirties or forties were old enough to recall nights in iconic clubs like Blitz and Trash. They didn’t work typical jobs, apart from the odd bar or shop-floor shift, but rather pursued their own careers as artists, filmmakers, stylists, designers, writers and musicians. Many were on the dole, while others lived in huge squats in ex-office buildings or boarded-up houses. They were poor, but this didn’t stop them having a good time. Their lives seemed full of possibility.

There was Susanne, the German musician who had released an EP of bitingly humorous songs, which gained wider popularity after being played on Radio One. She would perform onstage topless; her moniker was No Bra. There was Yasmina, a striking Slovenian who cut an imposing figure in spiky high heels and zipped leather dresses, like a Helmut Newton woman made flesh. She DJ’d under the name Pandora’s Jukebox, and had been playing moody, techno-influenced industrial sets at clubs and catwalk shows since the early 1990s. There was Theo, a teenage performance artist from North London who would writhe and howl along to karaoke ballads onstage, topless and fully made-up in bucketfuls of glitter. His stage name was The O.

“I still remember how intrepid we felt the first time that we travelled east; the Overground line didn’t exist, and riding the Number 149 bus to Dalston felt like journeying to another city”

This environment was the perfect match to my teenage idealism. But there was more to it than just youthful dreams. I met people from all over the world, who had come to London in search of the same freedoms that I was looking for. Their reality couldn’t have been further from the stifling environment of my school, where difference was frowned upon and to speak up was to invite ridicule from your peers. Here, my opinion mattered; age and status were both less important than honesty and openness. The drag queens, gender-non-conforming musicians and queer performers who populated these spaces gave me the confidence to express myself too.

At school, I stopped rolling my skirt up and tucking my tie into my shirt like the other girls. Instead, I wore an unusual pleated green skirt to just below my knees, and embraced the formal school blazer that I had always been too embarrassed to put on; I even took to wearing it out on weekends. I cut my hair to a sharp Louise Brooks-style bob and stopped apologizing for myself. When I didn’t recognize a pop-culture reference in conversation, I spoke up rather than mumbling along.

My cultural horizons were broadening rapidly beyond the school syllabus, fuelled by heated discussions on nightclub floors or with a cigarette around the back of the bar. I discovered cinema classics like Paris Is Burning and Lucifer Rising; visceral No Wave music from CBGBs; Jean Rollin; Jean Paul Gaultier; Dave Hickey; Vivienne Dick. Friends and acquaintances alike encouraged me to think differently. Deeply serious and bookish as a child, my ongoing interest in novels and philosophical texts as a teenager suddenly became a talking point in these circles. It was something to be celebrated—much to my surprise. We debated everything from the merits of Paul Morrissey and Andy Warhol’s movie-making to Michel Foucault’s take on sexuality.

There were simple confrontations to accepted knowledge, too; I remember Yasmina once instructing me to try and dance deliberately out of time with the music, which is harder than it sounds, and helped me to feel more at ease on the dance floor. Matthew spoke passionately to me about the need for “radical optimism”. We also discussed this with others at “salons” that he hosted; it was a running joke to ask when he would finally give us a haircut at these meetings, but we valued them for their intense seriousness and willingness to engage with difficult subjects. Despite our difference in age, sometimes with a gap of more than ten years, these were the first adults who took me seriously. Not only that, but they showed me that it was okay to be serious; to be politically engaged; to even be pretentious.

The height of my years as a teenage club kid was during the school summer holiday of 2007, aged seventeen, when I would frequent infamous East London nights like Antisocial and Boombox every weekend without fail. Both charged no entry fee but maintained a strict door policy; if you didn’t dress to impress or know someone inside, you wouldn’t get in. There was a cliquiness to these clubs, but it felt necessary in the face of the hostility outside of them. Dressed up as a couple to go out—Alfie typically in a PVC jacket and pink drainpipe jeans, me in a cut-up hand-customized dress, ripped tights and Doctor Martens—we were frequently heckled and threatened in the streets. We knew others who had been violently beaten up in homophobic attacks.

The door policy also served to keep out the bankers and city-types who worked nearby; the clubs were situated in the shadow of London’s financial district. This was the year before the financial crash of 2008, when the Lehman Brothers declared bankruptcy and the infectious hedonism of the previous decade was coming to an end. Many of the clubs closed their doors for the last time (one particularly memorable closing party involved Kylie Minogue dancing impromptu on the bar), and gay-friendly haunts like the Joiners Arms and the George and Dragon have since either been torn down or rendered unrecognizable by new management.

London hasn’t stopped changing. Many of the artists and performers who I knew have moved away, and it is rare to find club nights that have the resources to run on a weekly basis, let alone suitable venues. It breaks my heart to see these places disappear, where I learned so much about myself and about different ways of being in the world.

Instagram has also changed the way that people interact on a night out. Back then, only resident photographers would snap away; no one was distracted by their phones. There was a thrill to checking websites such as Dirty Dirty Dancing the next morning, where images of the night before would appear around midday. These websites now serve as a valuable visual record of a moment in London’s nightlife that was relatively brief, but filled with extraordinary creativity.

It was a period that taught me not just how to express myself, but that my voice mattered. As a teenager, you feel that you are largely invisible in the eyes of society, with no spending or voting power. It seems unsurprising to me now that it was amongst the creative community who also existed in the margins, at the fringes of society, that I felt most at ease. It was in the warm, sticky embrace of the nightclub that I finally found out who I really was.

Days Of Futures Past at The Belfast Photo Festival

The Northern Irish festival celebrated the potential of times yet to come, both good and bad.
Read More 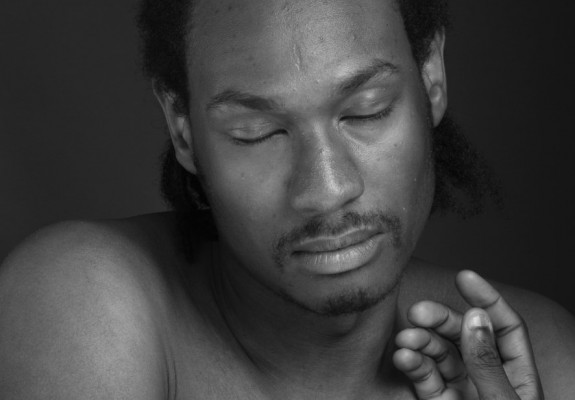 The artist's photograph of Hakeem Kazeem is a powerful reminder of the importance of simply taking up space in an often hostile world.
Read More

Top of the Poops: Revisiting Matthew Barney’s River of Fundament

Diving Into the Fluid Art of Alicia Reyes McNamara

Ones to Watch: Elephant’s Pick of This Year’s Most Exciting Art School Graduates

Did AfriCOBRA Shape the Future of African American Art? 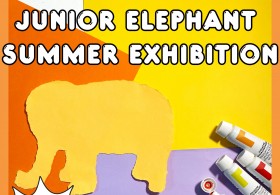