Growing up I’m sure we all, at some point, wanted to escape the city, town or village we had found ourselves rudely deposited in at birth. I grew up in one of the most deprived areas of the country, a place that is known for its recruitment of religious extremists—because, for some, there seems to be no other way out.

Avoiding this route, we relied on the only other thing we had in our arsenal—our imaginations. We would float around the city, soaking in the heat from the baking brutalist buildings and reimagining the terrain with our skateboards, parkour and graffiti, all the while dreaming of being somewhere else. Although it was an unprivileged, oppressive and often harsh habitat, it was the perfect environment in which to work the muscles of our minds. But I doubt we thought at the time, amidst the discordances of post-rock and our—ironically, mass-produced—t-shirts emblazoned with the faces of dictators, that our flights of urban fancy could be a political act, or more revolutionary than our clothing.

I’m not sure the central characters in Arkady are fully aware of this either, but it’s the one tool they can depend on for comfort and escape. Their delirious dreams, crazed adolescent sketches—which, littered throughout the text, look like something from the back of an exercise book or a public toilet—eventually transmute into material realities and, along with their relationship, are a miniature revolution. Or maybe they are just another opiate that quells the oppression around them.

Arkady, Patrick Langley’s debut, is a road novel but, anachronistically, takes place by boat—that ubiquitous symbol of escape, but also of fear and attack. The road itself has been replaced by the peripheral, strange and sinuous waterways that cut through an unnamed city and offer lines of flight from its escalating problems.

“The city the brothers perambulate, could, worryingly, represent an accelerated version of London”

The book follows the journey of two brothers, Frank and Jackson, who travel through weird zones, non-places and hinterlands to escape a dystopian city and, perhaps, a shared trauma from their youth. The phrase “Beneath the pavement, the beach” is usually used when describing our dreams of escape, from the grids of the city to something more fluid and free. In Arkady, however, the protagonists use the power of their imagination to remake the world, and they find solace not by dreaming of another place, but by looking closer at the city itself. They reimagine its forgotten and overlooked places, such as office blocks overgrown with weeds, canals and marshes.

While representing freedom, these fragmented and half-ruined liminal zones, with their tangled nests of cables and chain link fencing, also, at times, seem to congeal into the geometry of the pair’s psychological wounds; the chaotic web of their knotted synapses and inner circuitry. They can run away in these edgelands and get lost—as Jackson often does—and after getting lost, just keep going. But while they run, they are also looking for something else, trying to fill a void in their lives.

The city that these brothers perambulate, could, worryingly, represent an accelerated version of London. Housing prices are astronomical, temperatures are rising, rain is expected but never comes, people are being displaced from their homes and there are riots on streets littered with Nazi symbols—all of this is controlled by a sinister force of “blackvests” and all-seeing eyes in the sky called “asters”. The city may be undergoing a process of change and rapid rebuilding, just like London, but as Frank observes from a rooftop, “Watching a tower get built is like watching a tower explode, except in reverse, in slow motion.” So, even rebuilding can remain part of the destruction occurring below.

Jackson and Frank’s aspect is often one of distinct distance, whether from the top of a building, from a sliver of wasteland, or from the safe realm of their relationship. They are most definitely outsiders. This lends them, and us as readers, the ability to see the people and events around them clearly—as an ordered map, laid out before us. This perspective becomes satirical at one point when the pair meets a group of revolutionaries living in a commune, who, despite their enthusiasm and good intentions, are revealed as ultimately naïve. For example, one anarchist has quaintly planted Japanese knotweed as part of her fight against the authoritarian regime. Another in the group is a barefooted public schoolboy trying to hide his accent, while wearing a vintage helmet and goggles in preparation for a battle, like someone partaking in a Sunday morning World War Two re-enactment. They are well informed and angry, but their resistance, as we can see from the distanced perspective of the brothers, is in vain.

Langley redoubles this distancing technique to create a structural tension in the text as well. He voids events, to distance us from them. At the end of the penultimate chapter, the build-up of the action is described, but we leave the scene just before the denouement, leaving us, with equal amounts of excitement and anxiety, to imagine what has happened in the void. We are pushed away from the text, from the story, just like the brothers are annexed from their own environment due to their tumultuous upbringing. Appropriately, this is how traumatic events are often experienced; they are delineated only by their voids, we are either too close or too far away to visualize or articulate them. It is only afterwards, when we think the incident is forgotten, that Langley excavates the textual gap; events can only be understood in hindsight anyway.

Surrounded by revolutionaries who preach and theorize, the brothers instead rely on their own relationship to form a catalyst and manifesto for social change—similar to a purely platonic version of the characters in David Bowie’s Heroes. The conclusion seems to be that the bond between two people can provide the model for a whole society. Yet in the end it’s hard to know whether the brothers have changed the world or just turned their back on it, like a game of hide and seek—the same game, at one time, they thought their mother was playing with them. But perhaps this is the only way we can find utopia, in our own imaginations, our very own psychological idle; a subjective revolution, one we can all be in charge of. 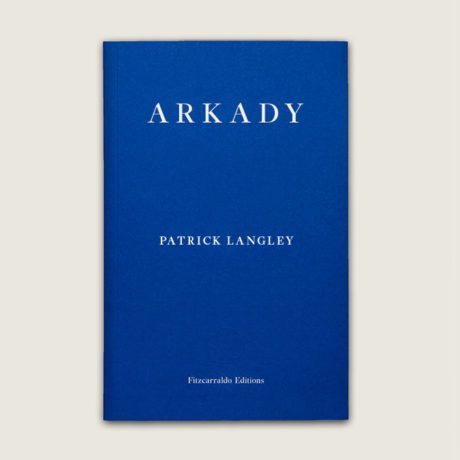