The end of a creative (or indeed any) degree is a drastic period of transition—and often, the start of a post-educational crisis. While inequalities in the arts still loom large, if you’re not part of the privileged few who are able to bounce around the lower echelons of the unwaged industry, then deciding how to build a creative life post-graduation can be confusing and emotionally draining.

For many, it seems it’s the “in-between” spaces that offer a solution. Take arts organization Auto Italia, for example. First established in Peckham in a former car showroom by former students at Central Saint Martins and Kingston University, the group’s intention was to invest in the networks already created by studying together in London. Auto Italia formed both a community of artists committed to working collectively, and a network from which to draw critique and advice.

Following on from the development of the original South London space, the growing artist-run organization was re-established at different sites, occupying various in-between spaces in the city including warehouses and a recently developed commercial unit as part of the King’s Cross redevelopment.

Now based at the former site of East London’s The Showroom on Bonner Road, Auto Italia’s most recent show, Read My Lips (this closed in December 2018) celebrated the thirtieth anniversary of the New York-based artist activist group Gran Fury. An installation of posters, flyer campaigns and video works were used to raise awareness about “living to let die” attitudes towards the Aids crisis in the 1980s; with graphic works re-printed, strewn across the floor or plastered on the walls of the project space.

“These sites are places in which those who find them can gather, and build new ideas at times that for many burgeoning artists can feel like insurmountable crises”

The transatlantic inter-generational audience at the exhibition’s opening night attests to the unique power to be found swelling around in-between spaces. These sites are places in which those who find them can gather, and build new ideas at times that for many burgeoning artists can feel like insurmountable crises.

Of course, it’s not always as simple as seeking out areas of scrubland or run down buildings in the hope of finding kindred spirits. Some of the most interesting “in-between” success stories are of those artists who’ve fostered communities on the return to their home towns on graduating.

Having studied her undergraduate degree in Reading and later pursued an MA at the Royal College of Art in London, contemporary art curator Kerry Campbell turned her attention towards her home town of Luton through the creation of TMT Projects. Campbell has since delivered numerous exhibitions, educational projects and events in disused and alternative spaces in Luton which are, for her, part of “an urgent attempt to afford dignity and voice to a multifaceted and subjective working class experience in the face of a demonising and divisive media rhetoric.”

Gobcentre Plus, a collaboration between Campbell and Emily Pope, took the JobCentre aesthetic as a point of departure, questioning the relevance of governmental employment platforms. For the Heritage Lottery-funded Bute Mills Heritage Project, Campbell worked in collaboration with Youthscape, Luton’s largest Youth Centre alongside a group of young people who were not in education, employment or training (NEET) to explore the industrial heritage of the building, a former flour mill and hat factory).

In each project Campbell acted as a conduit, teasing out ideas from the communities using and interacting with each space and platforming underrepresented voices, in an interdisciplinary approach which profiled the ‘‘intergenerational and ethnically diverse community [of Luton], whose extraordinary resolve and creativity were not locally supported or profiled’’.

Now, as public programmes curator at Sheffield’s Bloc Projects, Campbell has recently launched Salon 18. Heavily inspired by the French intellectual salon model and the Bauhaus school, Campbell’s new project seeks to democratize the space for discussion, opening up the platform for people based in the area to participate and engage with a variety of contemporary debates, spoken word, environmental practices, skills-based workshops, art as activism, textile design and political resistance poster workshops. Salon 18 also acts as a free community meeting point, and incorporates a drop off point for donations to a local food bank.

In Brussels, the idea of occupying in-between spaces was the inspiration for residency programme Hypercorps, which places artists together for a short period of time to create new original cultural creations in a former sportswear shop turned project space.

According to founder, artist David Zagari, “There is energy to be found in placing artists into the strange missing places of a city, of investing creative energy into a place for a short period of time with a variety of strangers, creating something exciting and full of electricity.”

Its sister project La Dent Creuse (Hollow Tooth), created with artistic collaborator Maud Soudain, invites artists to occupy actual in-between spaces, such as a vacant townhouse or barges moored on the canal in the centre of Brussels. Where La Dent Creuse places artists in physical in-between spaces, Hypercorps places them into an in-between state of mind—prompting artists to look into new spaces for creation and networks of thought.

These in-between spaces offer up not just sites for cultural producers, but for creativity—the act of exploring new ideas, and making those things previously unthought of. Without in-between spaces and such active community gathering, the very idea of creative production cannot exist.

As such, places, people and art need in-betweenness: it offers the possibility of growth; and such spaces allow communities to engage and alternative ideas to be nurtured. We need organizations like Auto Italia and Hypercorps; and we should listen to curators like Kerry Campbell. We need to invest in such spaces, to encourage their development and to invite people to share in the creation of unknown futures.  A creative life must be allowed to develop incrementally—allowed to reside in the in-between spaces both physical and imagined. 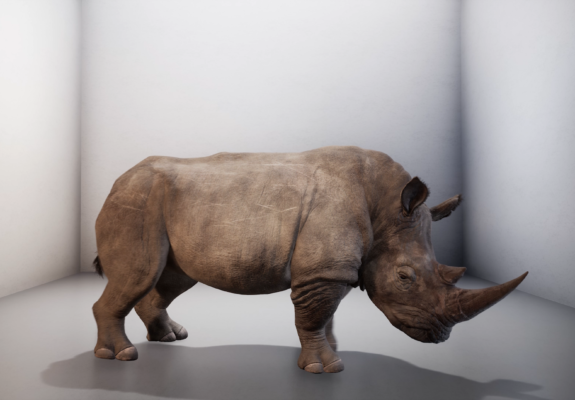 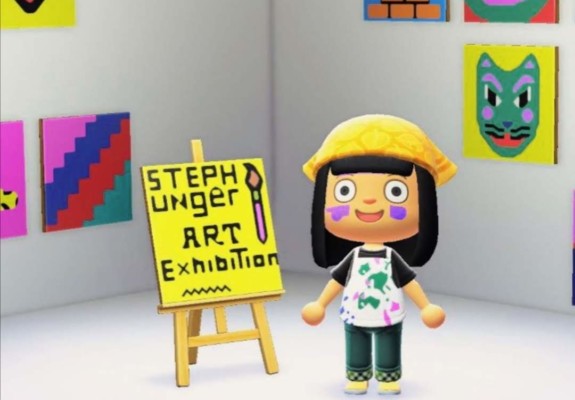 Animal Crossing is keeping millions occupied in lockdown. While many turn to the game as a means of entertainment, its intricate arts scene has an appeal of its own.
Read More

Competitions Breed Insecurity. We Don’t Need Them During a Crisis