From museums to galleries, national treasures to significant little-known spots, each edition of Out Of The Ordinary offers up a virtual tour of an unmissable global art location.

Situated in Boston, Massachusetts, the Isabella Stewart Gardner Museum is a treasure trove of world art that was founded by renowned philanthropist and patron Isabella Stewart Gardner. An architectural feat, the museum comprises three floors of galleries, centred around a scenic interior courtyard with a glass and steel roof and Italianate widows that transports you to another time and place.

Opening to the public for the first time in 1903, Stewart Gardener intended that the museum be for “the education and enjoyment of the public forever”. It holds a diverse collection of art spanning many centuries and continents, including works by Michelangelo, Raphael, Rembrandt, Titian, Matisse and Degas. The museum  received international attention when one of the biggest art heists in history took place there on 18 March 1990, resulting in the loss of 13 works of art collectively valued at more than $500 million, including Vermeer’s The Concert and Rembrandt’s The Storm on the Sea of Galilee.

Born in 1915 to one of New England’s elite wealthy families, Isabella Stewart moved to Paris to finish her education where she met Jack Gardner. After marrying in 1860, they travelled around the world to Europe, the Middle East and Asia before settling in Boston. In 1891, Stewart Gardner inherited $1.75 million after the death of her father, and began to accelerate her collecting habits.

After purchasing Rembrandt’s Self-Portrait, Age 23 in 1896, the couple planned to create a museum that would accommodate Stewart Gardner’s works of art and enlighten the public. They embarked on a building project inspired by the Venetian palace Palazzo Barbaro, with construction beginning in 1888 and ending two years later. When Jack died suddenly in 1898, Stewart Gardner was left to pursue their joint dream alone. She moved into the fourth floor of the museum, and devoted herself to the organisation and care of the collection until her death in 1924. She was known for her hands-on approach to nearly all aspects of the museum, from its construction to the display and the acquiring of new works.

Historically marshlands, today the area of Boston known as ‘The Fens’, serves as a mix of gardens, memorials and historic structures, all on a wider terrain known as the ‘Emerald Necklace’ that was landscaped by Frederick Law Olmsted, the architect behind New York’s Central Park. The Isabella Stewart Gardner museum lies here in the heart of Boston’s cultural district, with The Museum of Fine Arts, MassArt Art Museum, and the MFA Japanese Garden just around the corner, as well as the Harvard University campus.

“One of the biggest art heists in history took place there, resulting in the loss of 13 works of art valued at more than $500 million”

The museum is a mesmerising Venetian-style palazzo loaded with some of the world’s most priceless works of art, including paintings, sculpture, furniture, ceramics and textiles from all corners of the world, all of which have been preserved just as they were while Isabella was alive.

The skylit courtyard is undeniably one of the main architectural attractions: it integrates Roman, Byzantine, Romanesque, Gothic, and Renaissance elements, and is teeming with ferns, palms and flowers among free-standing sculptures. The Chinese Loggia offers a contemplative space holding examples of East Asian sculpture, while the Spanish Cloister features a painting of Isabella by John Singer Sargent, and one of must-sees of the collection: Titian’s Rape of Europa.

In 2012, a 70-000 square foot wing designed by Renzo Piano was added to the original museum, and now functions as a multipurpose space for contemporary artists. Beyond the collection, the legacy of Isabella Stewart Gardner continues to attract visitors: many of whom want to learn about the exceptional life of one of the few women of her day to found her own museum.

Lydia Figes is an arts writer and editor. She is the co-founder of radicalwomenshistory

Out Of The Ordinary

Take a virtual trip to the art world’s most memorable spots. 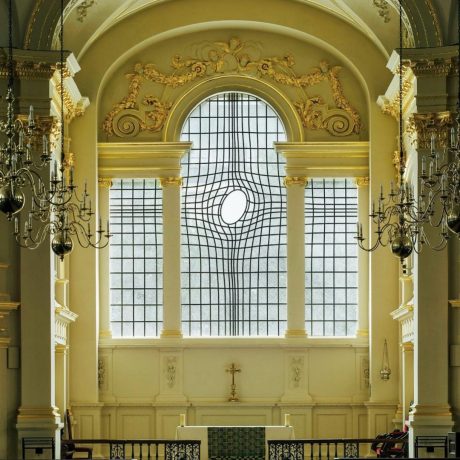