While we likely think of California in the 1960s as a lysergically blissful, hazy utopia of free love and tanned hippies generally having a blast—in other words, a very different landscape to anything we encounter today—maybe things weren’t so different then after all.

In the foreword to his new photography book California Trip, Dennis Stock, who passed away in 2010, wrote: “Technological and spiritual quests vibrate throughout the state… our future is being determined in the lab out West.” It’s not hard to imagine that being said today, if you glance over at the Silicon Valley bros in their uniform grey hoodies, huddled around uniform laptops, chewing on uniform nootropics and micro-dosing LSD to “optimize productivity”, or spouting some other cliché startup phrase.

California Trip was originally published in 1970, and soon became a high-water mark in the distillation of the brief but wild free-love era, held up as an emblem of a time and spirit that vanished almost as quickly as it appeared. This year, the book was republished for the first time since then; which seems pertinent. As the book points out, 1968 was a year of social, cultural and political revolution: while it feels a lot bleaker half a century on, we also seem to be at the precipice of huge changes right now.

As such, it’s nice to see a reminder of more beautiful, free times; or at least, as the photographer wanted us to see them—of course, things are never as simple or as beautiful as an edited selection of images of beautiful people make them seem. Stock acknowledges this in the preface to the book, saying that for many years, California “frightened” him: “Even though I found the sun and fog, sand and Sierras, which conveyed a firm image of stark reality, the mother vision of life, the state seemed unnatural.”

It must have been a far cry from the Bronx, where he grew up. By 1968 Stock had already made a name for himself as a celebrated photographer known for his shots of James Dean, who he met in 1955 just months before the actor’s death, in places including Hollywood, Dean’s hometown of Indiana, and New York City. By the time he shot California Trip, he was far from a green, wide-eyed dude with a camera, overwhelmed by the pot-scented youthfulness and freedom of it all: he was an established photographer, and he knew what would make a great shot—and a sellable one. A full partner-member of Magnum since 1954, he spent the latter part of the fifties and early sixties shooting jazz musicians, including Louis Armstrong, Billie Holiday, Sidney Bechet, Duke Ellington and Miles Davis, as presented in his book Jazz Street.

Crucially, he knew what it meant to present a “scene”, and to package it as a set of images to show the world a snapshot of a particular place and generation at its best. Even while acknowledging his shrewd mode of portraying what he and others wanted to see, to look at these photographs is to enter, if vicariously, into that dreamy, sunny land too.

The images in California Trip were shot during one five-week road trip along the California highways, which saw Stock document the countercultural hippie scene at its peak. While his black and white images seem utopian at times, they’re also gently uneasy at others. There’s poverty as well as patchouli; troubled souls alongside the tits. “The people were constructing layers and dimensions of life that unsettled me,” Stock wrote of his feelings on visiting California for the first time in the early 1950s. After his road-trip, he described the state as a “freewheeling potpourri” that ultimately presented him as a photographer with his “surrealistic image”.

However realistic or unrealistic these images, however, they showcase a time and a mode of thinking that ultimately proved ephemeral. In Stock’s eyes, this spiritual questing, freewheeling and all became “ordinary, almost mundane” to the Californians he met on his journey. He subtly aligns his own physical voyage through space with that of the LSD “trip”: the surrealist-leanings of his compositions and the temporary but sometimes profound and longer-lasting after-effects of acid are conveyed in the notion of this set of photographs as capturing a place and moment in time that was brief, but historically, a significant turning point for the way we view youth and counterculture since.

“The sensibility of these conditioned victims is where it is all at, right, left, up and down… [the] trip blew my mind across this state of being, as I collected images along the way to remember the transient quality of the Big Trip.” 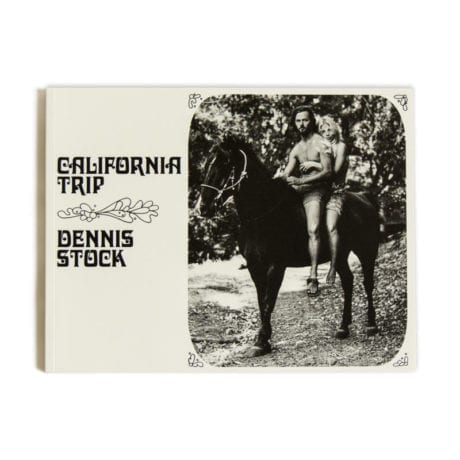 The Earth Issue’s Freedom Fundraiser has already raised over £70,000. Artists including Ronan Mckenzie, Amber Pinkerton and Harley Weir have all contributed.
Read More