Music has the ability to take us back in time. A song can transport us to a forgotten childhood memory and can end up influencing our present selves. For painter Anna Liber Lewis, music is an integral part of her working process, and nostalgia is a key theme in both her new exhibition and her studio soundtrack.

Although music has the power to connect us to our past selves, it can also bring us closer to others. Anna’s current exhibition, Muscle Memory held at Elephant West, is a collaboration between herself and lifelong friend, Kieran Hebden, aka experimental DJ, Four Tet. They have known each other almost their whole lives and have continuously bonded through music.

In an interview with Elephant about their collaboration—in which Liber Lewis’s paintings have been soundtracked by Four Tet’s music—the pair speak about music and its role in Liber Lewis’s work. “Anna told me that she had started listening to music in the studio more … She was interested in themes that referenced our teenage past; we’re both nostalgic about that time,” Hebden says.

Having music in the studio has become “completely vital” for Liber Lewis, and during the build-up to her collaboration with Hebden, she would drive to the studio listening to the music from their youth. “I’d get there and dance so that I could feel the blood rush to my fingers—I’d feel physically present, and I’d paint,” she says.

This nostalgia is certainly not lost in her studio soundtrack, where old RnB stars such as Brandy and Alicia Keys, play alongside nineties pop princess Britney Spears. However, much like her art, her playlist is interjected with fierce and vibrant hints of modernity in the likes of Cardi B, IAMDDB and Stefflon Don.

As a female artist and a feminist, it is fitting that her playfully titled “lady playlist”, is comprised of only female artists, who sing about love, loss, being a “bad bitch”, and sex. Just like her art, her soundtrack is fun and highly personal while encompassing ideas of inclusivity and sentimentality. 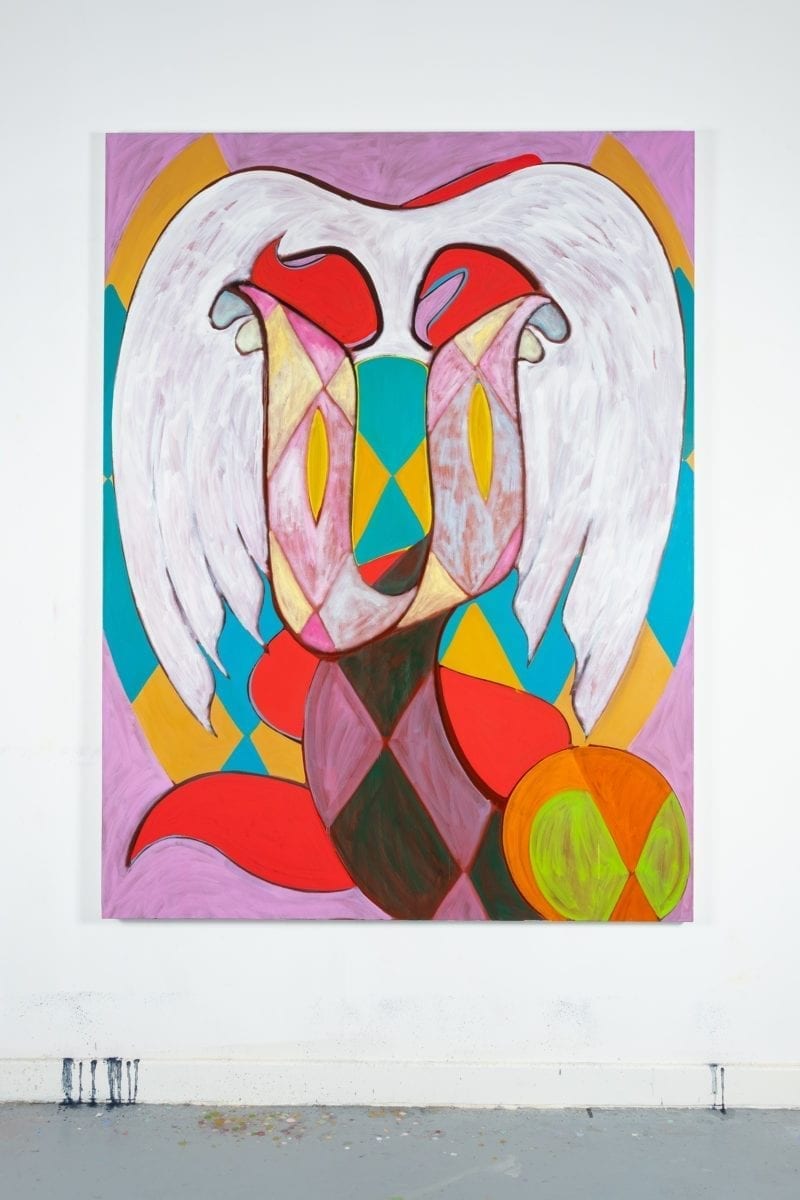 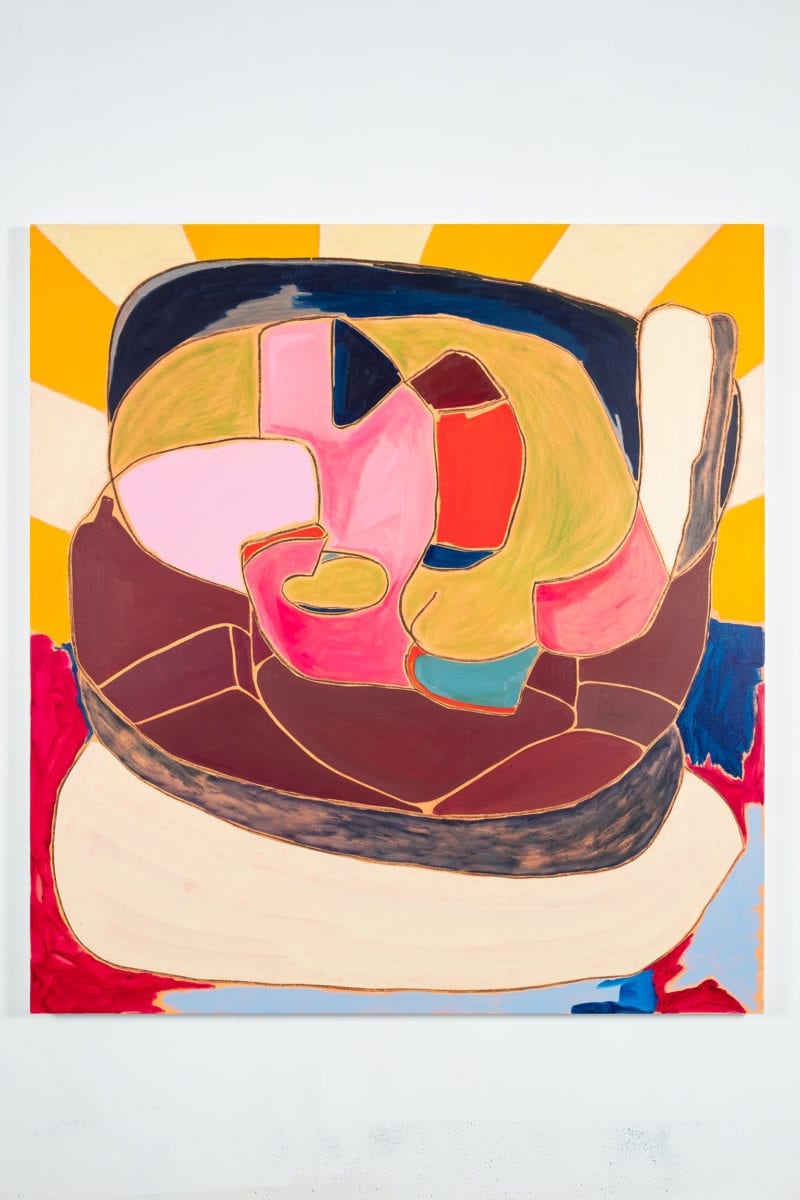 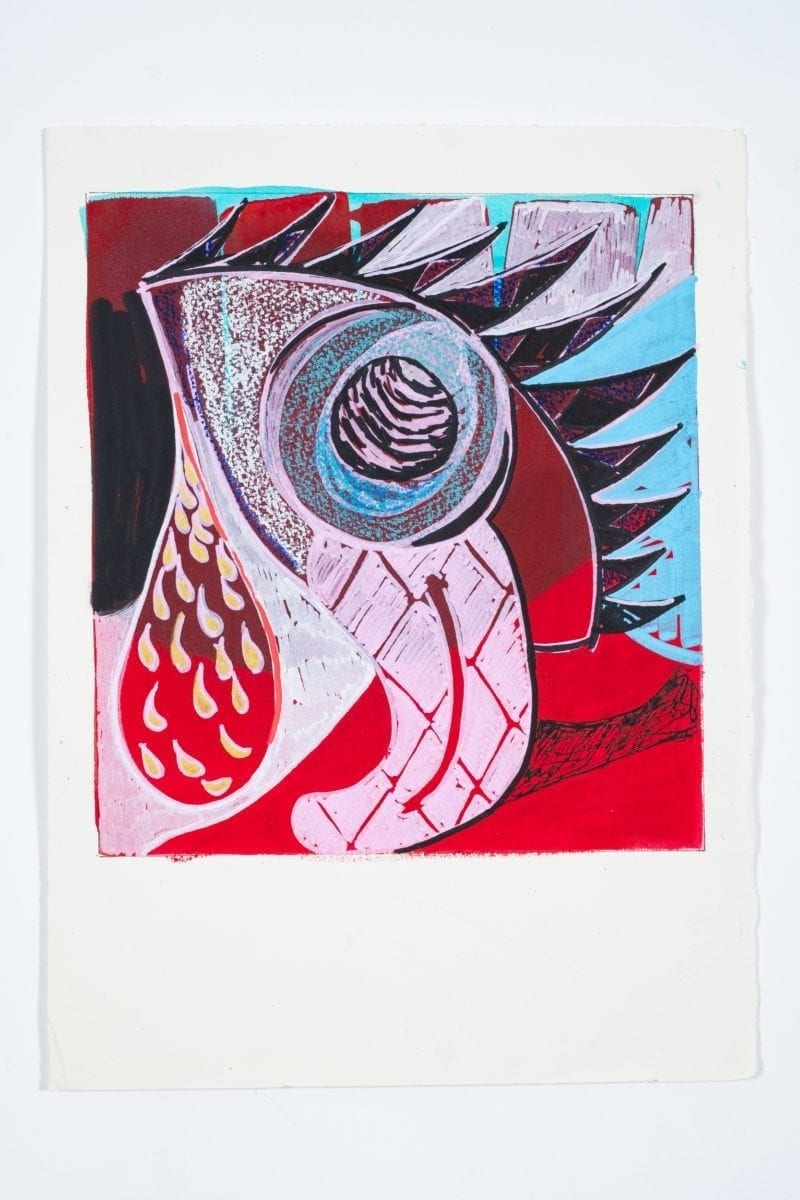