Regent’s Canal is a work inspired by the murder of the EastEnders soap opera actress Gemma McCluskie in 2012, recalling a time when I lived a few doors away from her flat where the murder took place on Hackney Road. The painting references a relatively unknown early sculpture by Henry Moore in Tate’s collection: Four-Piece Composition: Reclining Figure from 1934. The actress was cut up by her brother and her body was dumped in the canal. The painting is a gritty portrait of a murder: in the work the figure split into four pieces serves as a sculpture, or a figure in a landscape: a reminder for ordinary life along the canal to continue. Men fishing, teenagers smoking weed, rubbish and shopping trollies dumped in the shallow water, aggressive moorhens painted in red, people passing along the towpath and catching their reflections in the murky water. Regent’s Canal as a name suggests a grandeur and magnificence against a reality of pollution, filth and death.

Club Tropicana takes its name from the popular Wham song. A quite bright and saturated painting which evokes the colour scheme of the music video. It is a portrait of a cross-section of people in the city at the checkout of a Morrisons supermarket. To me it kind of looks like a colourful LS Lowry painting. The title suggests a moment of hedonism, tanned skin, good bodies, alcohol, sex, youth, beauty and heat. This painting turns that on its head, focusing on the monotony of life, routine, habits, the daily grind, the 9 to 5. A life of fantasy and pleasure versus reality and hardship.

Devil’s Juice is my favourite work in the show. It’s a reworking of four of my previous works: Eurovision, Sunday Roast, Pinot Grigio and Sauerkraut. Devil’s Juice is based on a fight outside a pub which I saw over the festive period. It references the lower half of the incredible fresco by Luca Signorelli, The Damned Cast into Hell from 1499-1504 at the San Brizio Chapel, Orvieto Cathedral. Devil’s Juice as a title is a reference to the slang term for alcohol (devil’s water). I really hope the painting highlights the suffering of life in general, and fighting for a sense of space, especially in a city like London. The spiralling red and black lines add to the disorientation during a fight. Binge Britain, society, manners, mob mentality and animal behaviour. The revelers are stripped of their clothing, dignity and composure, adding a rawness to the moment. I hope the work can provoke the viewer to see which role they would typically take: do they sit on the fence as an observer. Are they a voyeur? A victor? Or a victim? Whatever we do day to day, we are one of the three.

Family Fortunes is a dark comedy/caricature work of my family’s Christmas dinner. It references endless versions of Last Supper paintings and religious panel paintings of dinners from churches and, in particular, one painting in the National Portrait Gallery where severed heads are served on platters and placed on the table. Family Fortunes takes its name from the popular weekend television show which I watched religiously as a kid. The game show is a play on birthright, aristocracy, the in-between, the gutter.

The initial celebration in Family Fortunes, of course, twitches the curtain aside to expose a shady backdrop. Divorce, alcoholism, anxiety, duty, criminality, religion, hereditary disease, death. The work, apart from poking fun (and being the antithesis of the Norman Rockwell painting Freedom from Want, 1943) in all its horror and absurdity, is intended as a serious, tender and loving work.

I put myself on the table in Family Fortunes, after using others so often to inspire the paintings. To expose and to not hide behind the work hopefully conveys the emotion and nervousness of being comfortable being on show, and having the work (and self) judged in a public space. 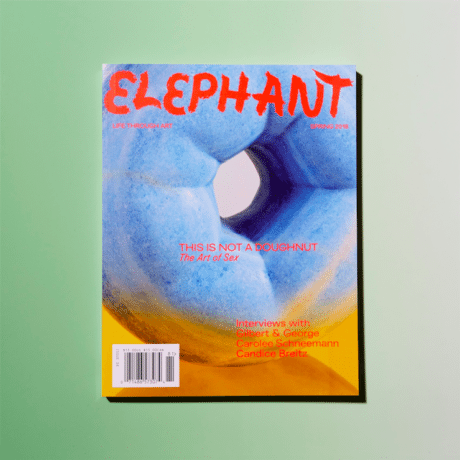