In the age of social media, where curated feeds display images that could have been taken anywhere in the world, it can be difficult to tell truth from fiction. For photographer Diana Markosian, the line between the two has long been blurred, following her journey from post-Soviet Russia to the United States during the 1990s. Markosian grew up watching a sitcom named Santa Barbara, the first American television show to be broadcast in Russia, a minor detail that would go on to influence her life more than she could ever have imagined. One night, her mother moved the family to the Californian city, chosen for its fame in the TV show, leaving her husband—Markosian’s father—behind. Markosian would later discover that her new father, an American man named Eli, had met her mother after she enrolled with an agency in Russia who posted listings in American newspapers and catalogs for overseas brides.

In her new photographic and film project, published as a monograph by Aperture and due to be shown as a solo exhibition at the San Francisco Museum of Modern Art in February 2021, Markosian navigates her own memories of growing up in America. Titled Santa Barbara, she casts actors to play her own family members, reliving their experiences through the careful process of reenactment. In an uncanny twist, Markosian commissioned the script for the project to be written by the original screenwriter of the sitcom. Completed over a three-year period, it is an eerie portrait of female sacrifice, hope and migration in the context of the American dream.

Santa Barbara is an incredibly ambitious undertaking. How and where did the idea first begin to form, and what were some of the challenges of bringing it into being?

The ambition wasn’t necessarily in the approach; my ambition was that through art, I could heal. The foundation of my childhood was so fraught and unconventional that I never quite understood how that shaped me. When I started to really unpack and understand certain decisions that were made by my family, I was trying to process all of this. I remember thinking, I’m more than this, I’m more than this pain right now. I’ve always confronted pain head-on and never shied away from confronting what it is that I’m feeling.

With this story, it was no different. I felt a responsibility to unpack my family’s history, and to understand my position both as a daughter and as an artist. There was this feeling that if I can work through it, I can come on the other side and be more at peace with my family story. I think that art has this ability to heal. For me, it was never going to be about therapy. So the ambition was simply in my realisation that this is a story that keeps going; it doesn’t stop.

It is so personal. For my family, this was the past, and for me it was very much about making it the present. I relived that story for three years. It was a real challenge as nobody in my family was ready to do that again. I think the challenge was confronting the truth. Everyone wants to believe that their family is whole. There’s this classic, manicured American version of what family looks like, and the moment I started to understand that that wasn’t my family and accept it, that’s the moment that I touched a form of truth for me. I need this in order to get to a place of acceptance.

“I think that art has this ability to heal. For me, it was never going to be about therapy”

The introduction of your family into the shooting complicates the reconstruction of past events, mingling personal history and the present together. What was that like?

There are a few layers to this. I understood that I couldn’t tell the story by myself, and that I wasn’t the only one. We all had our own version of the story growing up. My mother’s experience of coming to America was leaving behind a man who betrayed her. My mother’s experience was a form of abandonment, but my form of it was different, and we had our own experiences with this one decision. It felt like I had no choice when I started involving the family; I saw that if I didn’t involve everyone, I would have a very limited understanding what really happened.

The original writer of Santa Barbara and I worked on a screenplay; then I flew to Armenia to see my father and have him comment on that script and cross out things. He was learning about what happened to us through that script. Then I flew to California and gave that script, with my father’s edits, to my mom and she started crossing out his edits. And then I gave the script to my brother and had him comment on it. It really became the Rashomon of my family because we, all of a sudden, were piecing together our history.

It was so much more interesting to me because I understood that the idea of memory, and how you formalise it, is so subjective. We choose the highlights; we choose things that we want to remember. And that’s what I had chosen; that’s what we all had had done. Bringing my family into this process felt imperative to coming a little closer to understanding the truth.

“Memory is so subjective. We choose the highlights; we choose things that we want to remember”

There is a deliberately filmic, narrative quality to the series, but it also conveys a true story, as well as incorporating elements of reality such as your actual mother being introduced in the film. Would you say that it is a form of documentary?

There’s this feeling of cinema, right? There’s a layer of creating the cinematic world that feels very dramatic and feels very much like the experience that I had. It felt like we were living a soap opera throughout my childhood, and we normalised it and it became just a part of our story, but it was very dramatic and tragic. And all of those can coexist, and all these feelings can be very valid. I knew that we had nothing growing up, and I knew that we were desperate. Those memories don’t really leave you. Things that happened in your childhood shape you, and it’s hard to outgrow those experiences. It’s still a part of me.

My intention with this work was never to fictionalise it. So the idea of creating sets and casting actors, it was the way that I could really experience the story for myself. When I think about this work, I don’t think of it as fiction, I really think of it as a reenactment. And having my family involved, trying to get as close to the truth as we can, it feels no different than what I try to do when I’m working on another project, whether it’s a personal one or a documentary. I think there’s always this feeling that you’re never going to really get it right—you’re always telling one version of what happened. With this project, I really tried to take my mom’s position and to see this through her eyes.

I’m creating a record. I felt like the only way that I could really do this was to create a very multifaceted, collaborative, layered, personal piece because that’s the way I understood the story. It’s conceptual yet it’s rooted in documentary. The foundation is always documentary, but how do we expand upon it?

You have gone back to visit Russia and Armenia since graduating, and reconnected with your father. What is your relationship now to your heritage, and what has been your experience of navigating that as an American citizen, and as a photographer?

Being removed at such a young age hurt me. I grew up knowing that I was Armenian and that I was from Russia, but I didn’t grow up feeling that and there was this desire to reconnect and be a part of the world that we essentially abandoned. Today I see my family living in Armenia. There’s a war in Armenia, and there’s me who is on the outside of that, feeling so hopeless and so disconnected. It feels painful because my childhood was spent there, yet I don’t know how to be useful. I wonder how differently I would be responding if I had grown up in Armenia. It’s difficult, and so much of my work is about Armenia now and about trying to understand it for myself, and trying to navigate that. It’s not linear.

I’ve had to really find my own language with what it means to be Armenian. Just because you’re born into a world doesn’t mean you identify with it, and doesn’t mean that you really even understand how you belong there. I have that same problem with America. I’ve spent a decade trying to understand where I belong, and I don’t know if I’ve come even close to arriving. I don’t mean to make this so tragic, but I’m still searching. It’s hard when you’re uprooted, and I see that same feeling with my brother and my mom of searching without having a real destination. There’s something beautiful about the story that we experienced together, and at the same time, it really broke something in all of us that we haven’t been able to repair.

“I’ve spent a decade trying to understand where I belong, and I don’t know if I’ve come even close to arriving”

How do you feel now that the project is out in the world? Do you do you feel that there has been an element of healing or catharsis for you through its completion?

I feel vulnerable. I hope that it’s taken not out of context, and that it’s really given the same sensitivity with which I tried to approach and understand our story. It’s a nuanced, complicated piece. It’s not black and white, it’s about the grey of life. That’s what I’m after as an artist, I’m trying to unpack and understand the grey in the stories in the stories that I’m taking on. I feel comfortable with accepting where I’m at.

This project is really my life. My Armenian grandmother, who is 85, was confused at first when she saw the pictures. She asked me why my mom looks so young in them, and I explained to her that these are actors playing them. She couldn’t quite understand the concept, but then she just closes her eyes, opens them and she goes, “It was so hard to live this once. Why would you choose to relive it?” It was real depth of insight; nobody had understood how truly painful this was to confront again, except my 85-year-old grandmother in Armenia. I think there’s something to that.

Out now with Aperture 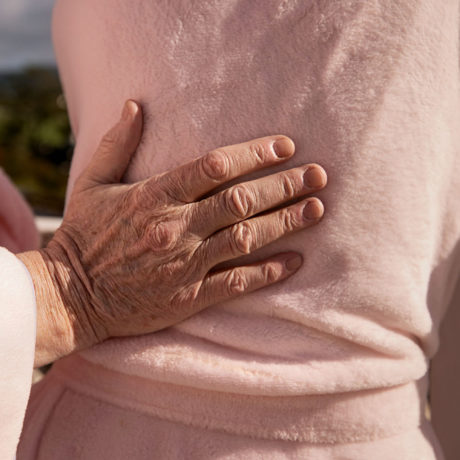