Staring into one of Eden Seifu’s paintings is like entering a fairytale of knights, damsels in distress and miraculous visions, yet there is nothing twee or old-fashioned about them. Rippling abs and intense candy colours swirl through her compositions with intensity; it seems as though we’re always walking in on the most earth-shattering part of the story.

Agony and ecstasy reverberate through the Seattle-born artist’s work, and she plays with the mutability of these two emotions. “The dual nature of tears is a potent symbol to me,” she explains. “In religious painting they often signified either misery or rapture and the joy of surrender, often both at once. The same stimulus could cause either of these tearful reactions.” Seifu’s tears glisten outrageously, like crystals demanding attention, or the tears that roll down the faces of the more gaudy of Catholic icons.

Seifu takes this religious imagery of rapture and situates it in an otherworldly context: sometimes a mythical past, sometimes a modern-day living room, with multiple worlds colliding in glorious technicolour. In our secular times, she argues, “the mysterious pleasure of sublimating one’s individuality into an impossibly vast and overwhelmingly powerful whole […] seems to be sought through a wider variety of means today. These disguise their hidden goal by virtue of not possessing the collectivism of organized religion”. Her characters wail down the telephone or turn blue with anger at the television set.

“Among the things that currently inspire me are romance novels, in which the lovers seem to use each other as a medium to become—after much tumult following their meeting—assumed into an earthly heaven by the end of the story,” the artist tells me. Amidst this imagined pain, there is undoubtedly a kind of wild romance bubbling away.

Seifu also cites a number of comic books as inspiration: “the unrestrained playfulness of Sergio Toppi’s lines in his retellings of familiar stories; the grotesque and sensually potent mutations bodies undergo in various Seinen manga; the elegant and always gracefully astonishing punch-to-the-gut work of the Year 24 Group.” Add to this list twentieth-century photography of ballet dancers, the objects of the Yoruba religion and Russian symbolist paintings, and you get an idea of the wide-ranging influences that contribute to Seifu’s aesthetic of excess. Open yourself up to the whole shebang, Seifu’s paintings seem to say, and you might experience a state of rapture yourself. 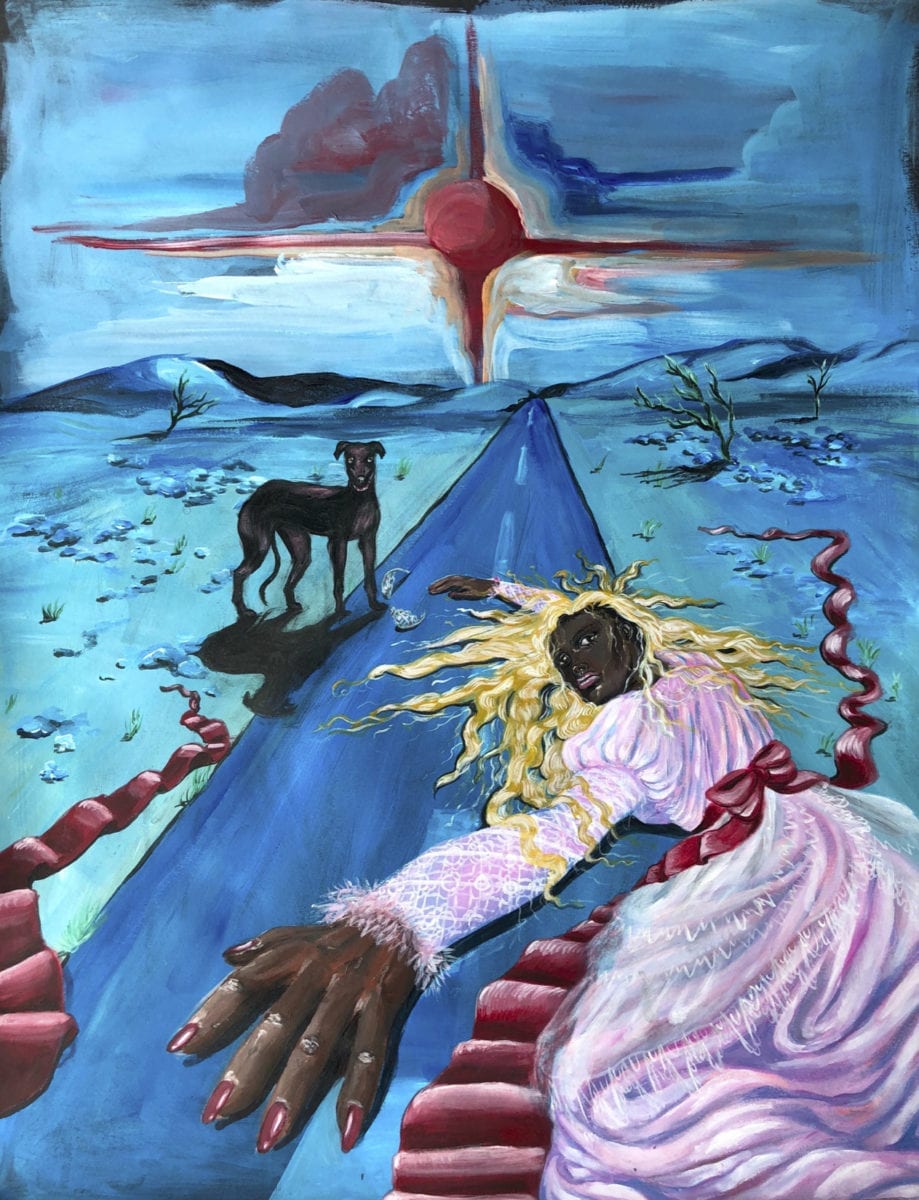 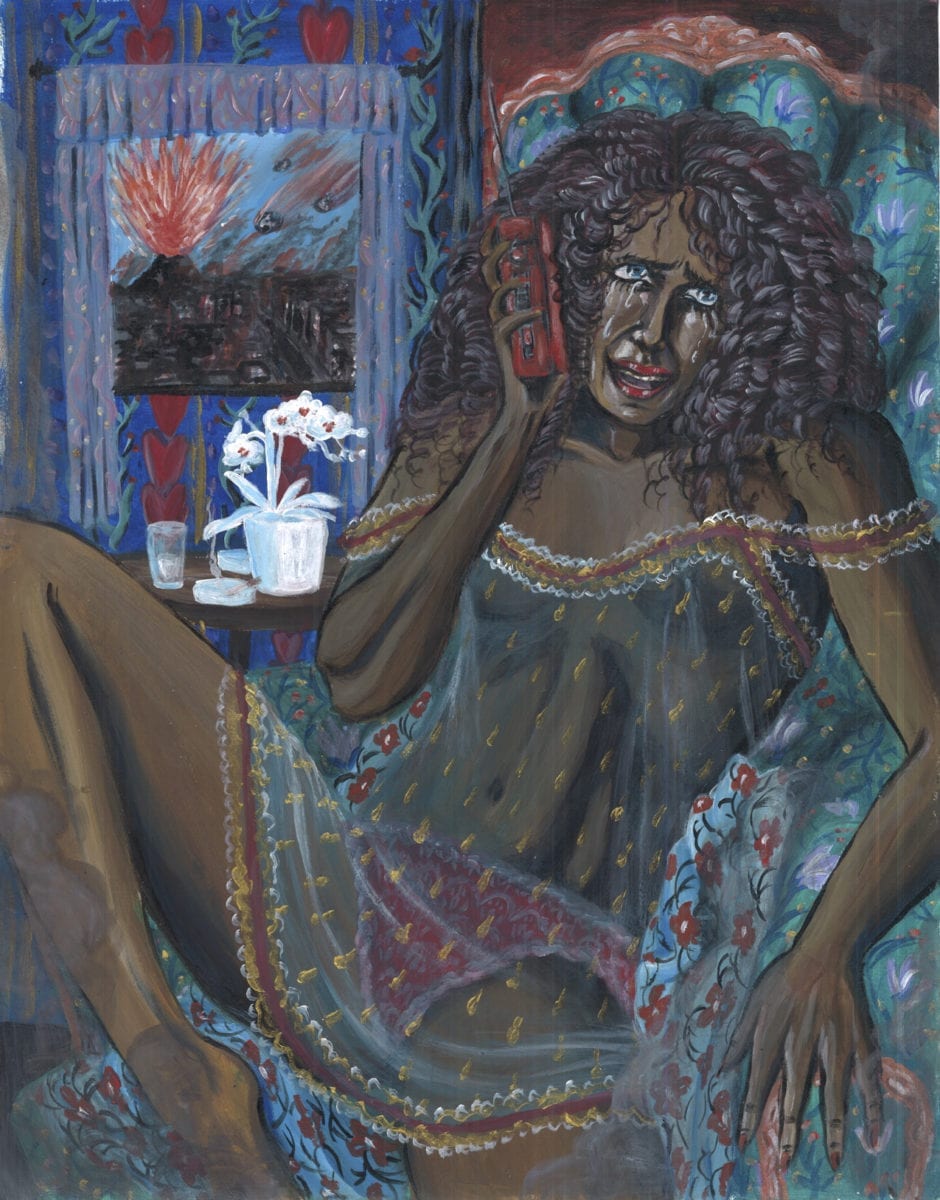 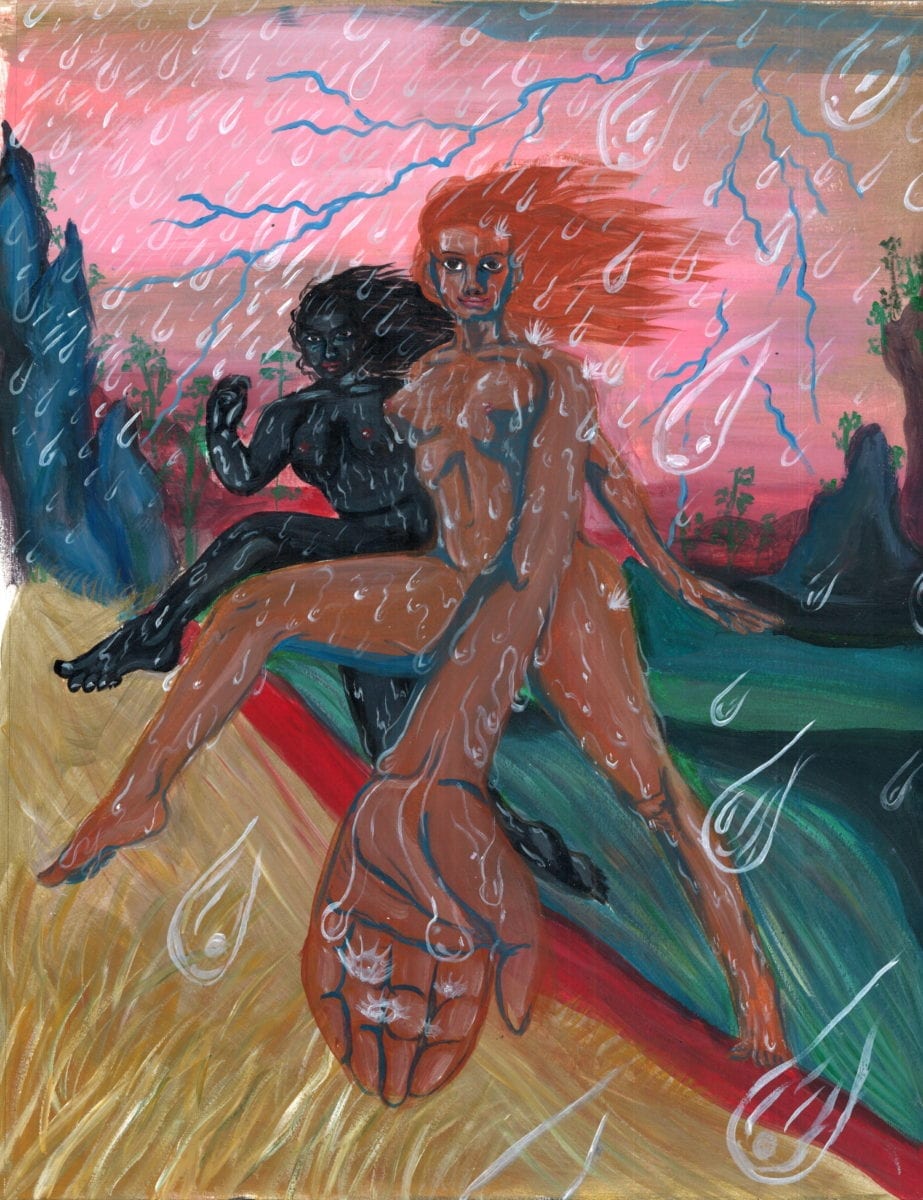 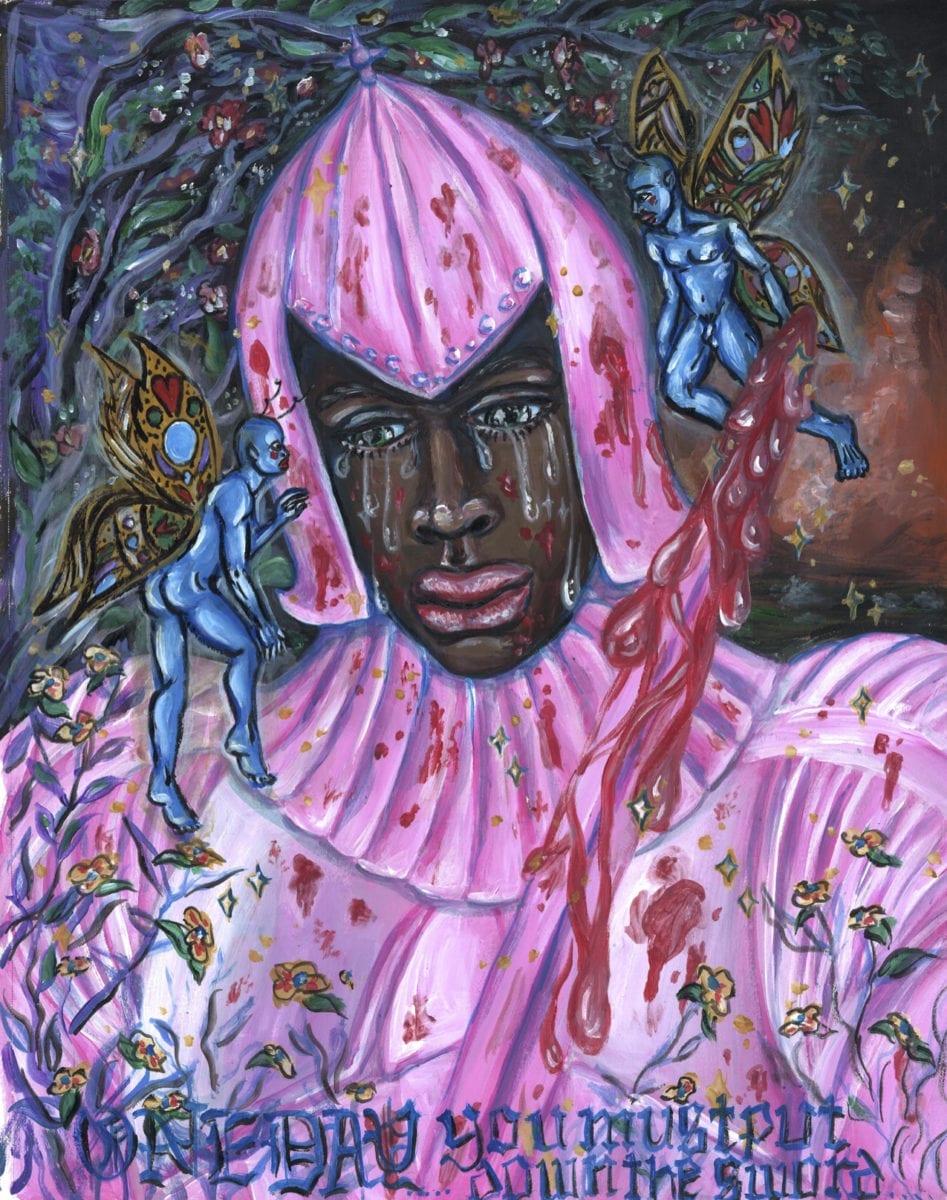 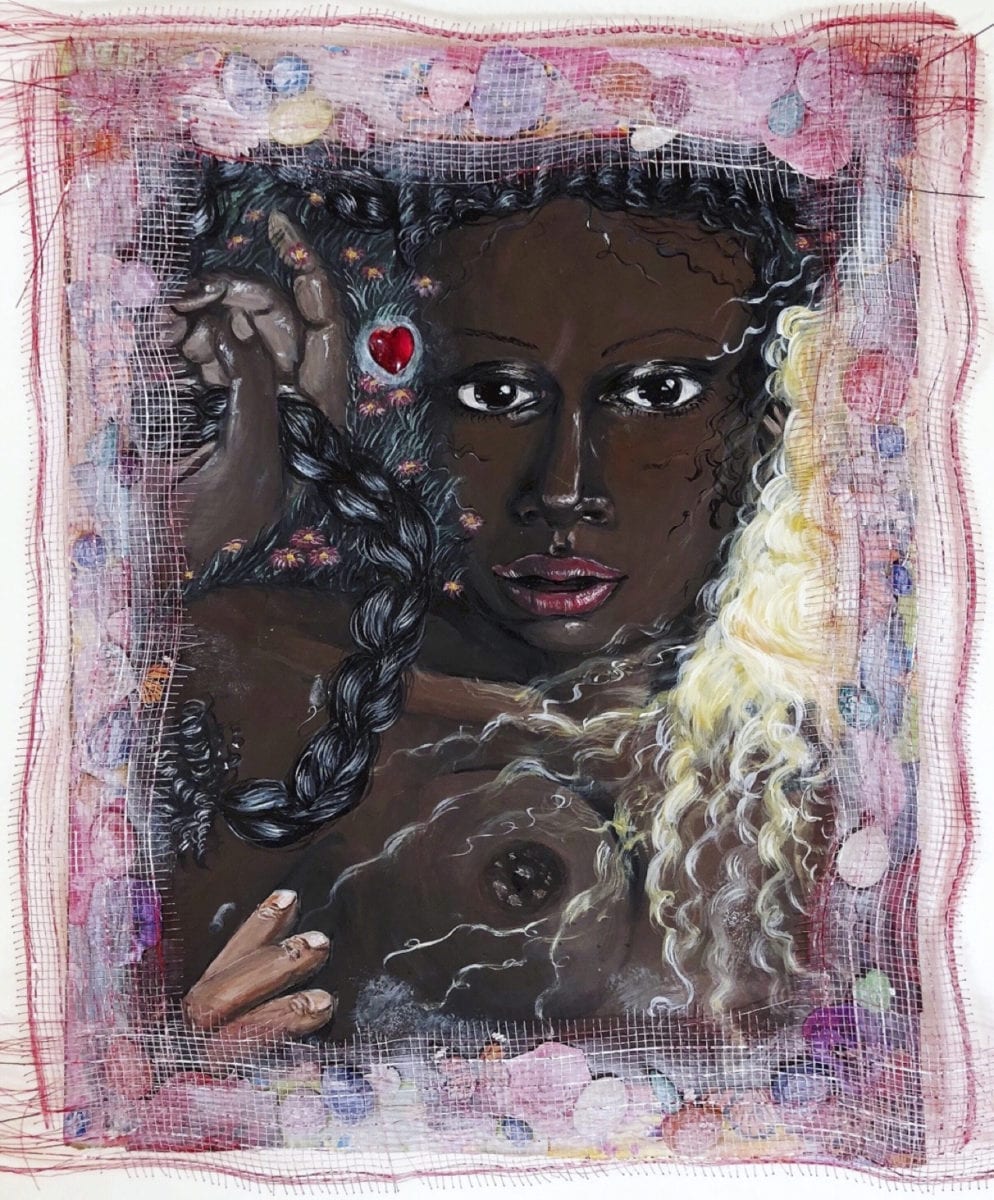 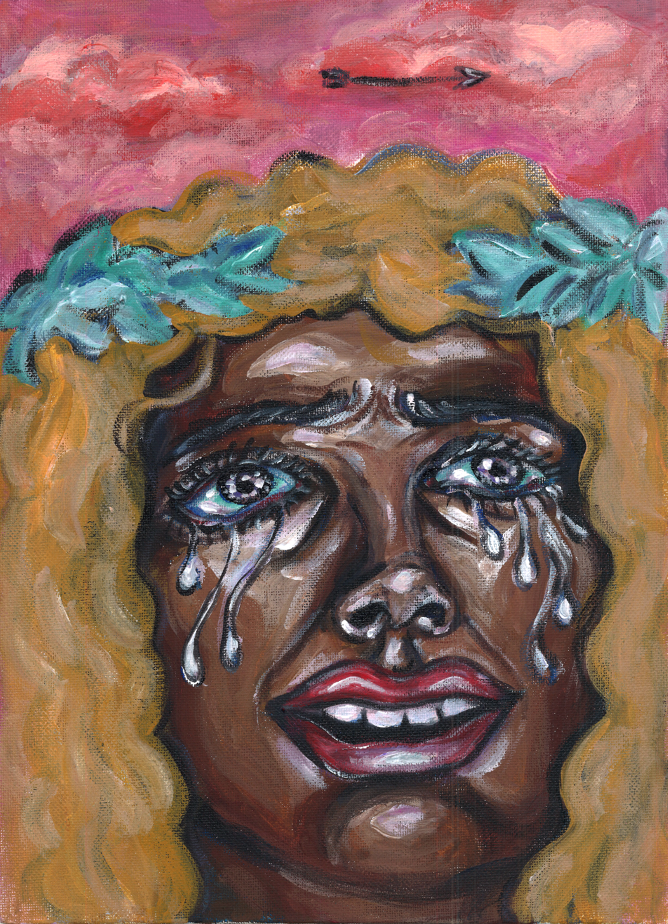