At a moment when we are spending even more time than usual staring at a monitor, or otherwise glued to those tiny yet mammoth machines we call our phones, it is easy to forget that the very idea of having a “personal computer” is a relatively recent phenomenon. Fitting comfortably into the upper millennial bracket, I remember the thrill of coming home to find that my parents had purchased an Apple Macintosh Performa, the all-in-one desktop housed in a drab beige shell. Complete with a small, rainbow-coloured logo, it was unfathomably exotic, first released when the word “Apple” was still synonymous with fruit, not a multi-billion-dollar tech empire.

With the screech of dial-up and floppy disks now all but a distant memory, the ubiquity of computer-based communication is often taken for granted. We might feel that our laptop is an extension of our being, but it is in fact nothing more than a calculating machine, honed and streamlined in the wake of the many, many iterations that came before it.

A new book by Alex Wiltshire, titled Home Computers: 100 Icons that Defined a Generation, reminds us of just how varied, and at times precarious, the quest for the ultimate at-home computer has been. It charts the journey “from clanking computing mechanism to ubiquitous digital device”, in which these machines went from pure professional function to carefully designed user-friendly product.

“The G3 now seems quaint and archaic. It is a slice of late-nineties optimism, where lava lamps and low-rise jeans reigned supreme”

The book is filled with beautiful photography by John Short, who combines nostalgia-soaked product shots with close-ups of circuit boards, idiosyncratic keyboards and defunct futuristic branding. These include the bare-bones simplicity of the Science of Cambridge MK 14, released in 1978, which featured fully exposed components and what Wiltshire describes as “a notoriously unreliable keypad”. There’s also the SDC Minivac 601, which was first designed to teach businessmen about the power of digital computing, before being repackaged in a distinct blue, red and grey case for a consumer audience.

More familiar machines come in the form of the Intertech Superbrain and the Apple Macintosh, both of which follow the monitor and keyboard model that defines the visual language of modern-day computing. It is staggering to recall that the original Mac ran on 128 KB of RAM, and reminds us that this was the moment when Apple established itself as the creative alternative to the stuffy technological establishment (hello, IBM), thanks to a new graphical interface and some excellent branding, including a hilariously bombastic, dystopian TV advert.

It was not all plain sailing though. Apple suffered years of muddled vision and declining sales (here’s looking at you, Performa) before releasing another game changer: the iMac G3. It is the last entry in Wiltshire’s list, and was arguably the model that allowed Apple to truly redefine what a personal computer could be. Originally coming in “Bondi Blue”, followed by an array of other colours and patterns, it reintroduced the machine as an aspirational fashion statement. Its semi-transparent case, curved lines and somewhat useless monitor handle were all about fun and entertainment, while the built-in modem and ethernet made it an internet-ready product, even if you could only log on to GeoCities.

The G3 now seems quaint and archaic. It is a slice of late-nineties optimism, where lava lamps and low-rise jeans reigned supreme, and owning a mobile phone featuring Snake was the ultimate status symbol. The weighty physicality of the G3 seems a world away from the ephemeral nature of our current online existence, where slim slivers of metal and glass broadcast our lives around the globe, but it still maintains its buoyant charm.

A lot of us are now lucky enough to sit in our respective homes, moaning about our wifi speed and arguing about what to binge of Netflix, but it is worth remembering that the technologies on which we have become so reliant are still nascent, relatively speaking. We might have come a long way from a soldered circuitboard attached to makeshift keys, but that doesn’t mean that we should fully embrace our slick new machines as part of the very fibre of our being, particularly as we don’t fully understand the implications on our health. With that in mind, just remember to power down and switch off at the end of the day, it’s the only way you can really reboot. 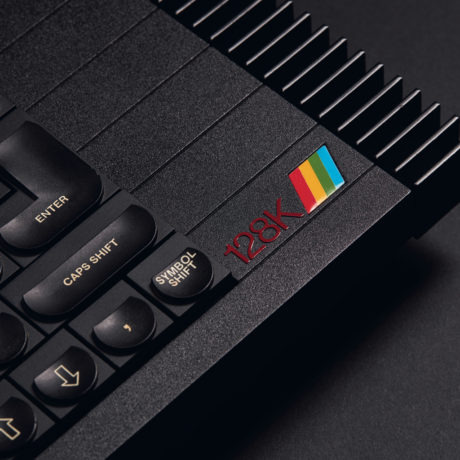