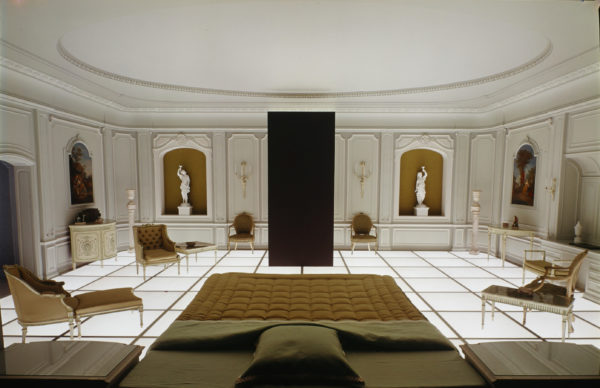 Stanley Kubrick was born on this day in 1928. The formidable filmmaker changed the course of cinema and made an indelible mark on popular culture through his powerful imagery, from Dr Strangelove’s “War Room” to the mysterious monolith of 2001: A Space Odyssey.

The director’s huge creative output is currently being surveyed in a retrospective at London’s Design Museum (until 15 September), complete with rare never-before-seen objects and themed rooms that distill the essence of some of his most famed titles. It also focuses on his unique relationships with cutting-edge designers and artists including Diane Arbus, Saul Bass and Don McCullin, all of whom helped to shape his immersive worlds.