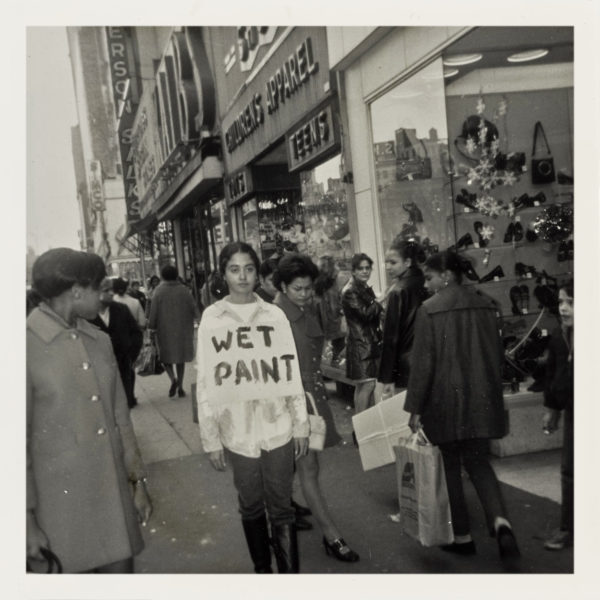 A young Adrian Piper walks through New York City, coated in sticky white emulsion paint, wearing a sign that reads “wet paint”. This striking moment formed part of the American artist’s radical series of performances, Catalysis, made in the early seventies. In each, Piper pushed at the boundaries of socially acceptable behaviour, while documenting the responses of those around her. In his thought-provoking feature for our This Artwork Changed My Life column—one of this year’s most-read pieces—Nathan Ma discusses how the Catalysis series has helped him to resist everyday racism, teaching him “to ask the questions that I want answered, rather than to answer questions that should never have been asked.” Read the article here.