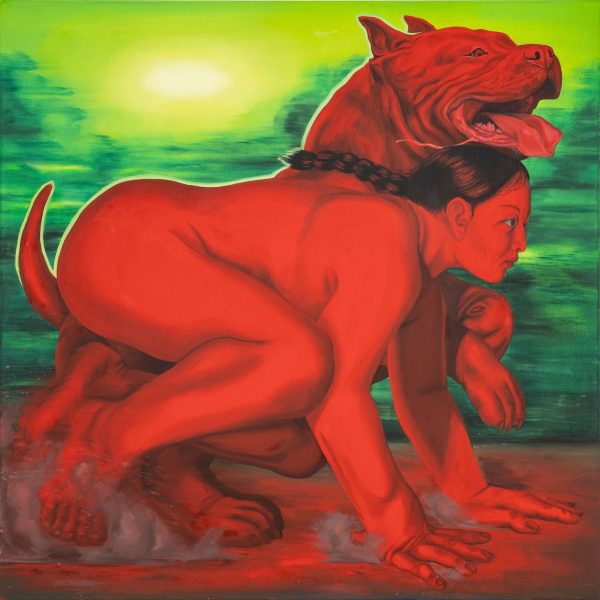 Amanda Ba, Running on All Fours Towards the Future, 2021

22-year-old, Chinese-American artist Amanda Ba is making waves with her striking series of nude red women, accompanied by complementary red dogs. The paintings draw largely on the critical theory of Mel Chen’s Animacies and Donna Haraway’s The Companionship Series Manifesto, texts that explore the fine line between what is human and non-human, and the close connection between humans and dogs respectively. “The images welcome a multitude of readings that exist at the amorphous crossroads of Asian diasporic identity, psychosexuality, and post-human theory,” explains London’s PM/AM gallery, where Ba’s work is currently on display as part of a group exhibition centred on the human body and its interaction with the spaces we inhabit. Open until 15th June.