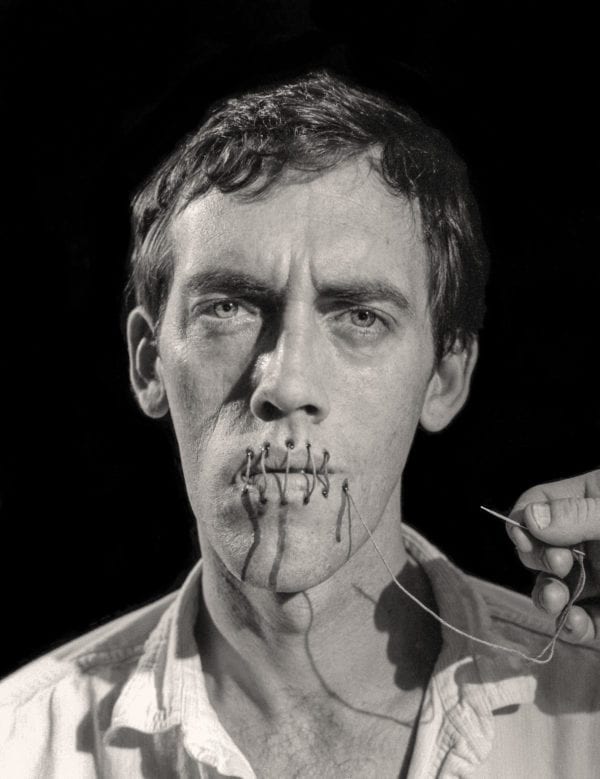 This striking image is a powerful visual icon of protest, as staged by the artist David Wojnarowicz. A part of ACT UP, the AIDS activist group, he depicted the enforcement of silence as the ultimate emblem for speaking up for his own HIV positive condition and many others in the late 1980s. While others in the New York art scene of the time have since risen to prominence, recognition has been a long time coming for Wojnarowicz—although this has shifted in recent years with several major institutional shows, including the latest at KW Institute in Berlin (until 5 May 2019), which explores his political, reflective work and spans photography, text and film.

Courtesy the artist, the Estate of David Wojnarowicz and P·P·O·W, New York