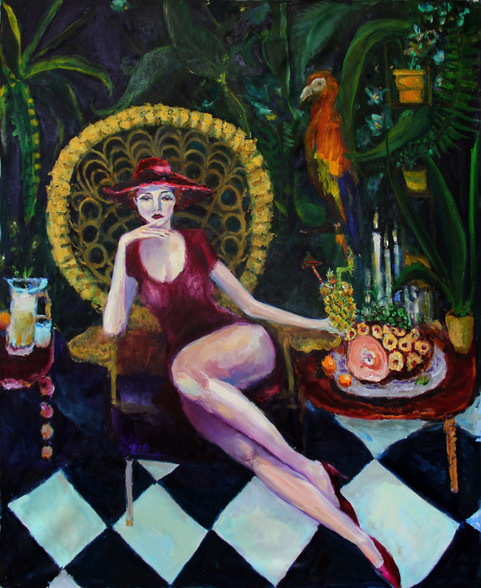 The rich and famous have fascinated artists for centuries; first artists were employed by them, on commission for portraits, and later, after Picasso, they became part of them. Bradley Wood paints the wealthy elite with the strange gaze of a wallflower who judges his subjects while being partly complicit with them; his oil paintings are heady, intoxicated by the atmosphere of his fictional scenes, a voyeur and a guest. None of these people, including this timeless muse, are “real” in the traditional sense but they are part of something in his past that Wood did experience. Wood, who was born in a remote rural part of Canada in the 1970s, only encountered the kind of people he now paints with acutely observed emotion when he was in his twenties. This painting, Pineapple Ham, is showing at Sim Smith gallery, London, later this month.