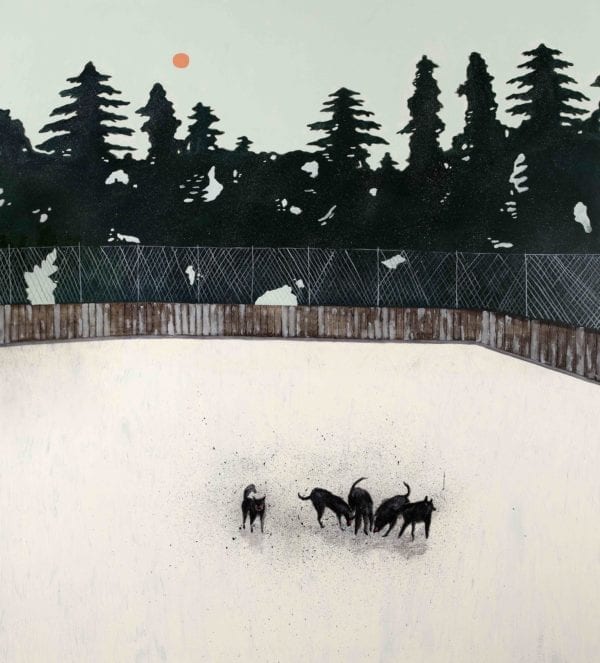 Despite the snow and fir trees found in Franisco Rodríguez’s series The Burning Plain, the mood is far from festive. The paintings, which span the course of twenty-four hours, are full of sinister characters, looming shadows and desolate landscapes. Borrowing from the language of film and comic books, the recent Slade graduate considers the compositional power of storyboarding to create a new world with multiple narratives waiting to be uncovered. The series is now on show as the inaugural exhibition at Cooke Latham Gallery in Battersea, London, until 1 March 2019.