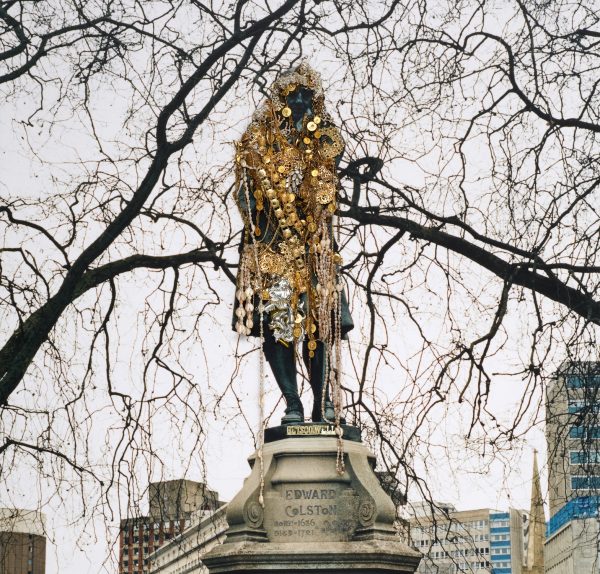 In the new issue of Elephant, writer Precious Adesina meets the British artist Hew Locke, whose work has long challenged viewers to look and think again about the world that surrounds them. This includes his altered images of controversial public monuments, among them the now-toppled Edward Colston statue. “Instead of defacing real-life statues with spray paint, Locke adorns pictures of them with garish regalia,” notes Adesina. Of which the artist explains, “I’m interested in doing something which doesn’t necessarily satisfy somebody who wants the thing gone but will certainly piss off somebody who wants it there, someone who thinks the past was glorious.” Read the feature in full in Issue 47, available from Elephant Kiosk now.