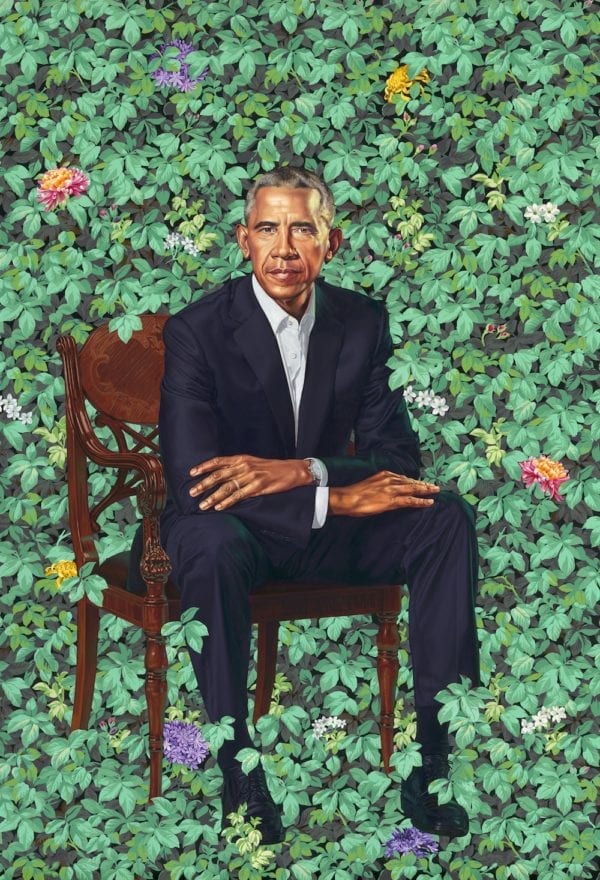 On this day ten years ago, Barack Obama was voted in as the 44th elected President of the United States. Earlier this year, Kehinde Wiley’s official portrait of Obama was unveiled. Seated amidst leafy foliage, it is a riot of colour—lending his serious, reflective stance a playful edge.