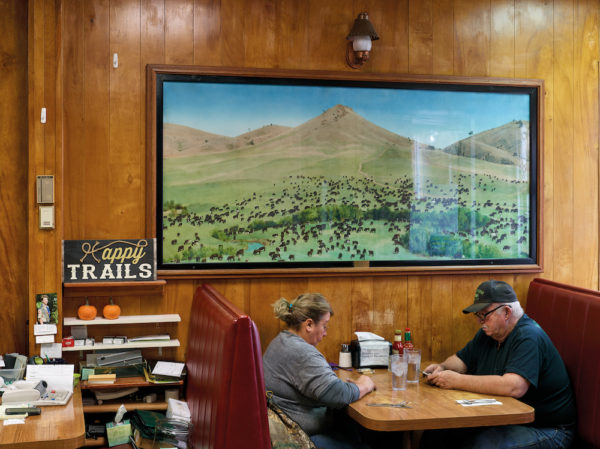 Today is Independence Day in the US, and what could be more American than the diner, as celebrated in Louise Benson’s recent piece for Elephant. What’s interesting about such depictions is that they’re rarely exactly joyful scenes, as with this image by Mark Power. It’s one of a collection by the Magnum photographer presented in his new book Good Morning, America (Volume II), published by Gost. The book collates images from a decade meandering across the country, using photography to document its cultural and physical landscape, mixing the artist’s personal reflections with expressions of reality and myth, and where these collide. “America continues to enthrall and frustrate me in equal measure,” says Power, who grew up in English suburbia, obsessed with American TV and Western films. “Over the decades I’ve learned that separating projects—America in this case—into single ‘micro-subjects’ doesn’t sit comfortably with me. The world is too complicated for that.” His perspective as that of a foreigner adds to the poignancy of this image—two people in one archetypal American space, surrounded by images and accoutrements suggestive of a crumbling American dream.