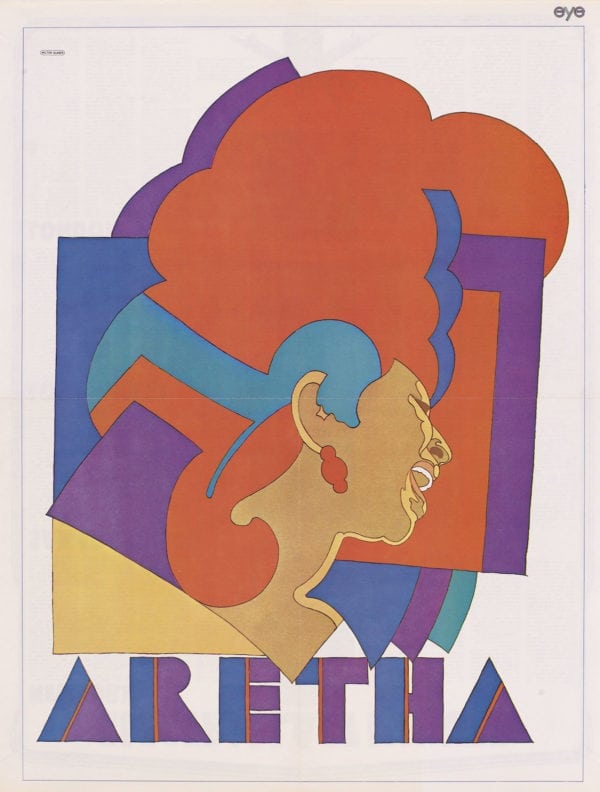 On this day in 1968 Aretha Franklin’s Lady Soul album was released by Atlantic Records, featuring such classics as (You Make Me Feel Like) A Natural Woman and (Sweet Sweet Baby) Since You’ve Been Gone. It was a landmark for Franklin, and is regularly included on lists of best albums of all time. That same year, iconic graphic designer Milton Glaser created this vivid, colourful portrait of the musical artist. Following news of her death last year at the age of seventy-six, the National Portrait Gallery at the Smithsonian in Washington DC honoured Franklin with a special exhibition of the portrait, a tribute to her energy and creative achievements.