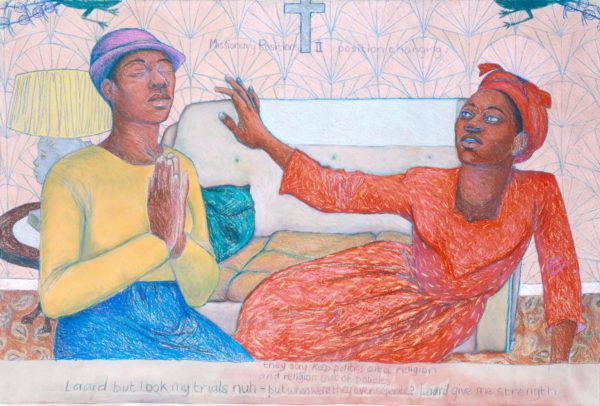 Some Sunday subversion from the esteemed British artist Sonia Boyce. Prior to creating the experiential, multi-media installations for which she is now best known, Boyce’s practice confronted issues of race and gender in both the media and everyday life, through pastel drawings such as this and photo collage. This piece investigates “conflicting opinions about religious beliefs across different generations and cultures” (Tate). Both figures are embodied by the artist herself, but the one in prayer “suggests [a] passive acceptance of white culture [while the other], wearing a red turban, which Boyce associated with Rastafarianism, proposes an alternative position to the dominant ideologies of the day”.