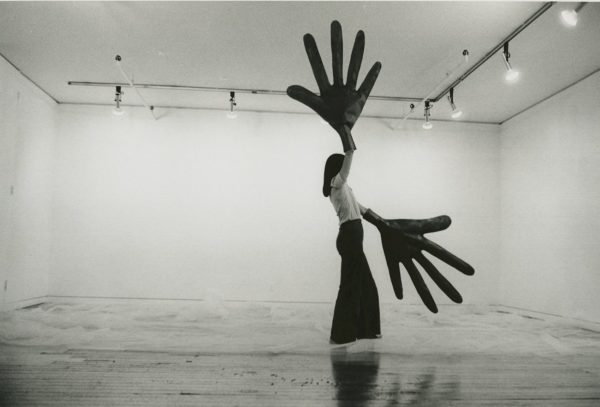 When Chilean artist Sylvia Palacios Whitman moved from Santiago to New York in the 1960s, she was quick to immerse herself in the blossoming realms of performance art and contemporary dance she encountered there. Throughout the seventies and early eighties, she presented an acclaimed series of surreal performances that combined “a rich Latin American pictorial sensibility” (the Hammer Museum) with the minimalism of the New York dance scene. Pictured here, Passing Through saw the artist take to the stage with an array of dramatic props—including these giant hands, a volcano, mummies and an aeroplane—which she used to enliven her performance, along with occasional audiovisual interventions.