Mary Herbert’s drawings are like soothing visions. Often working in soft pastels, she depicts landscapes that feel at once fantastical and nostalgic; distant and intimate. In one work, an orange sun seems to watch its own reflection in a still purple lake; in another, a rainbow springs from a vanishing point. Sometimes figures appear as glowing apparitions. “The way I use pastel is quite indirect. I often apply them with a tissue rather than straight to the paper,” Herbert explains. “It feels like a process of coaxing an image out rather than drawing it.”

Since lockdown has prevented her usual first port of call for inspiration—walking outdoors—Herbert has found herself returning to photographs for reference, and her pictures contain this sense of frozen movement. “Being in the landscape and looking at images of landscapes do similar things for me,” Herbert says. “Although the sensory aspect of physical experiences is important, there is something I’m drawn to about the quality and colour of photographic images—perhaps it is to do with somewhere-else-ness or nostalgia.” She cites Svetlana Boym’s book The Future of Nostalgia, which she discovered through artist Maja Ruznic. “I have only read the introduction so far, but I have already been hooked by its unpacking of this word that often feels purely negative,” she explains.

“I’ve got a bit of a repulsion towards drawing in a purely perspectival way, as it puts the optical at the top of some sort of hierarchy”

“I get drawn back towards the same features recurrently: water, fire, smoke or mist; certain forms like round pools or tall tree trunks.” These things appear again and again, like archetypes in Carl Jung’s “collective unconscious”. The Swiss psychiatrist’s autobiography Memories, Dreams, Reflections also finds its way into Herbert’s drawings. “Everything which arises out of the unconscious has a top and a bottom, an inside and an outside,” wrote Jung, and this description of the unconscious in spatial terms is particularly interesting to her, although she acknowledges it’s a “slippery concept”. Amongst her other references are Rebecca Solnit‘s A Field Guide to Getting Lost, Nan Shepherd’s The Living Mountain, Tarkovsky’s polaroids and the work of Agnes Pelton.

Our perception of landscape is always a mix of our inner and outer worlds, and Herbert’s drawings play with this in a gentle way. There is a muffled feeling to the works, as though the viewer’s senses are wrapped in cotton wool, with nothing quite able to come into focus. “I’ve got a bit of a repulsion towards drawing in a purely perspectival way, as it puts the optical at the top of some sort of hierarchy,” explains Herbert. “It’s like saying the eyes are the only thing we see with, but when we see we also feel. I like images that are both flat and deep and this is something I’ve been trying to do although it feels always a little out of reach.”

The artist was shortlisted for Bloomberg New Contemporaries 2019, and is currently part of the online exhibition Curated for Covid, from which the proceeds will be split 50/50 between the artists and Mind charity. 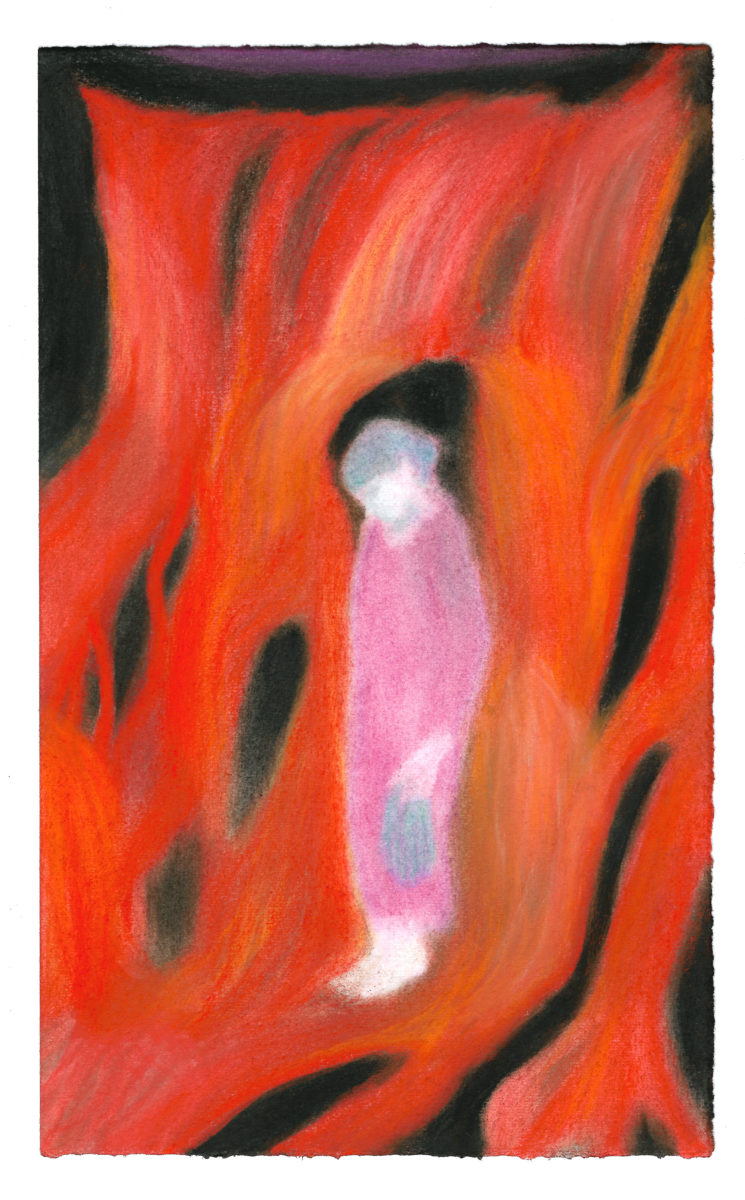 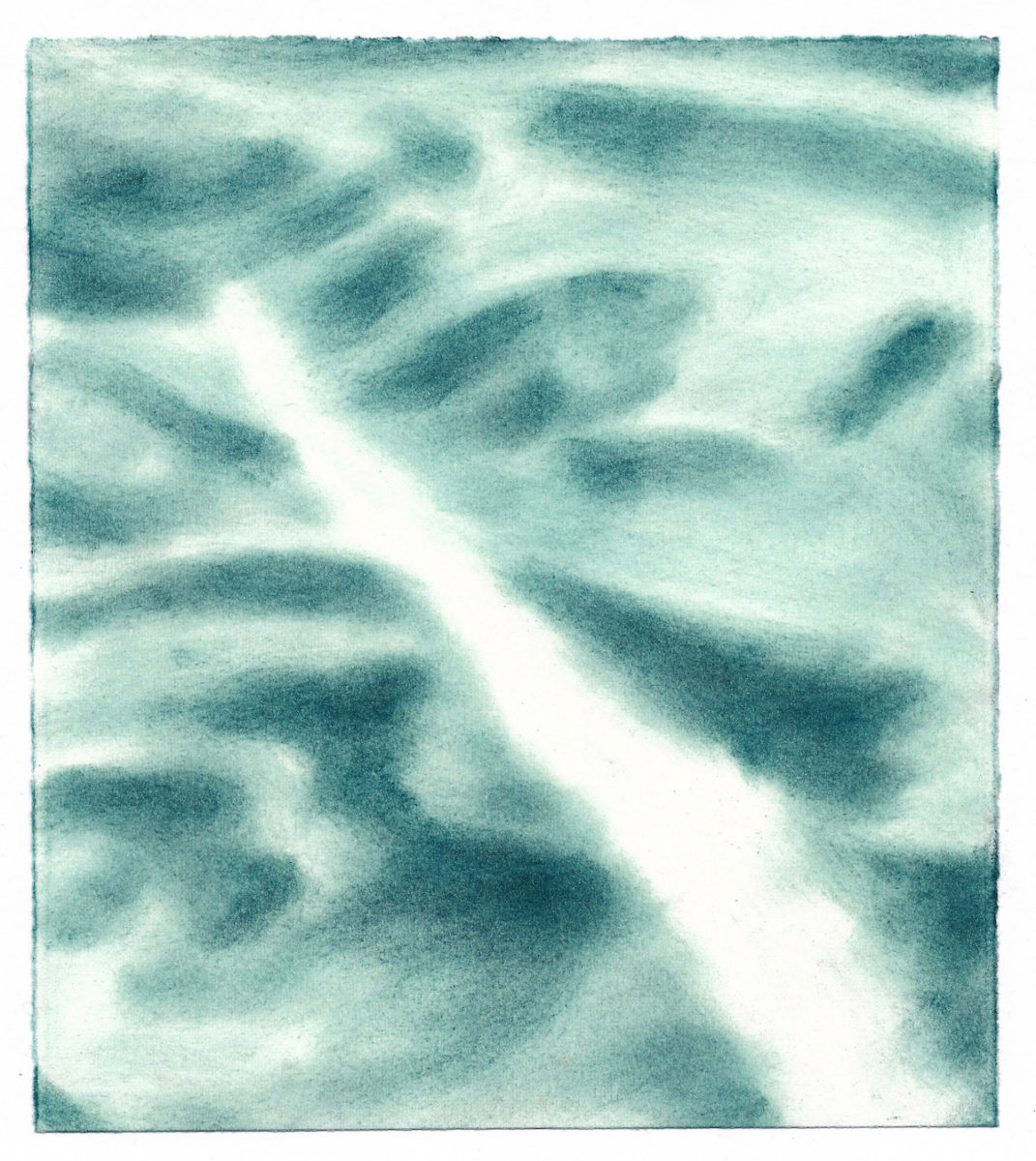 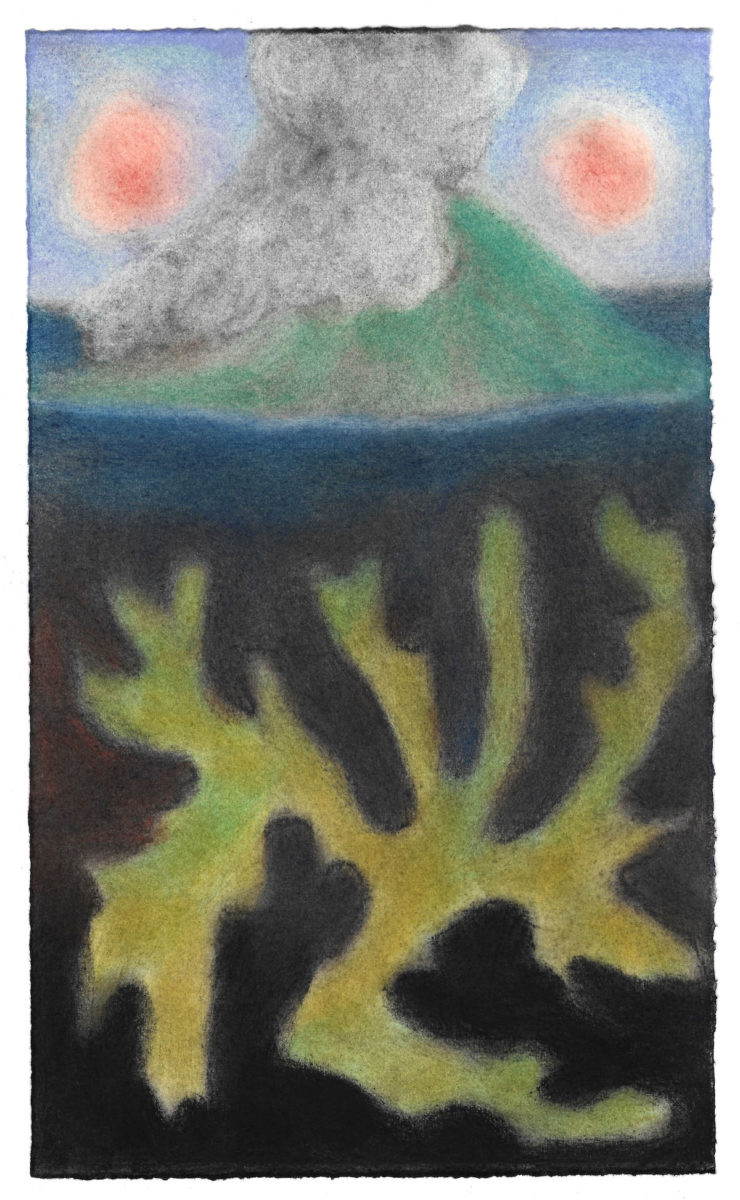 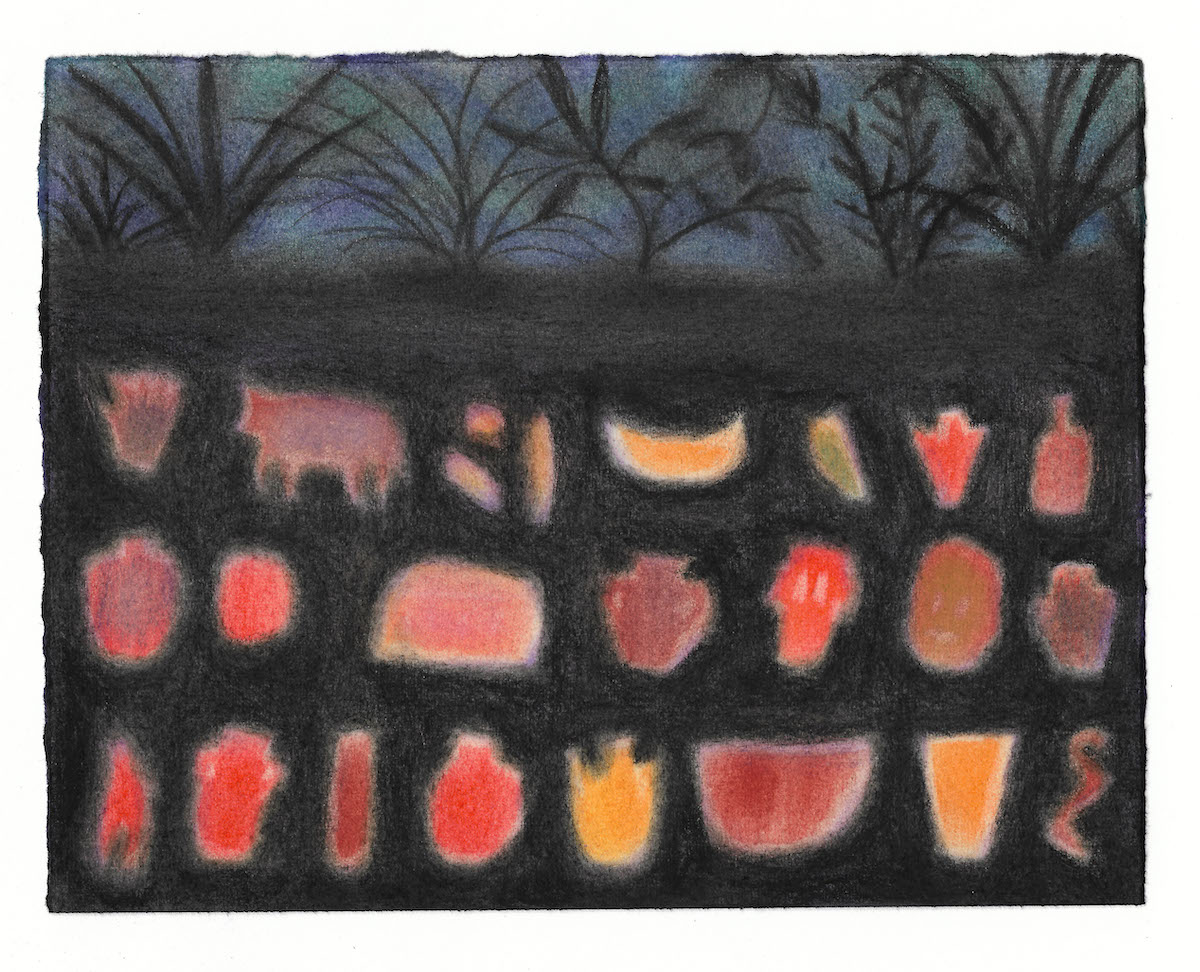 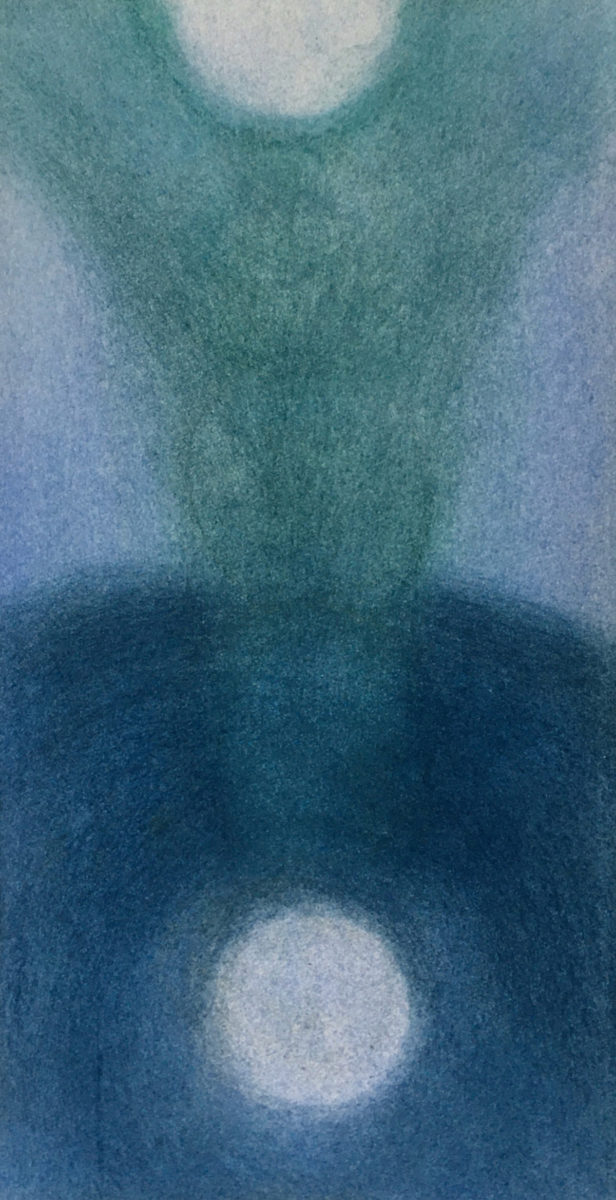 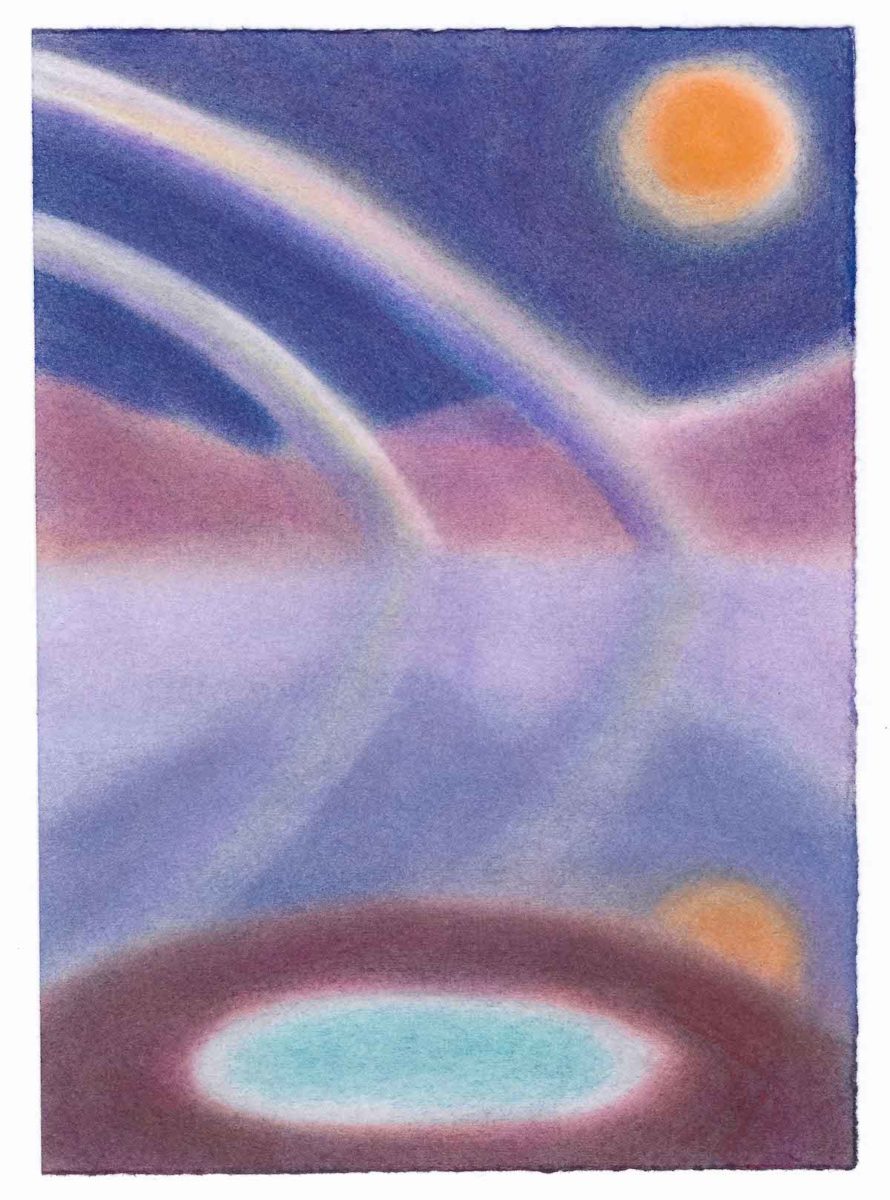 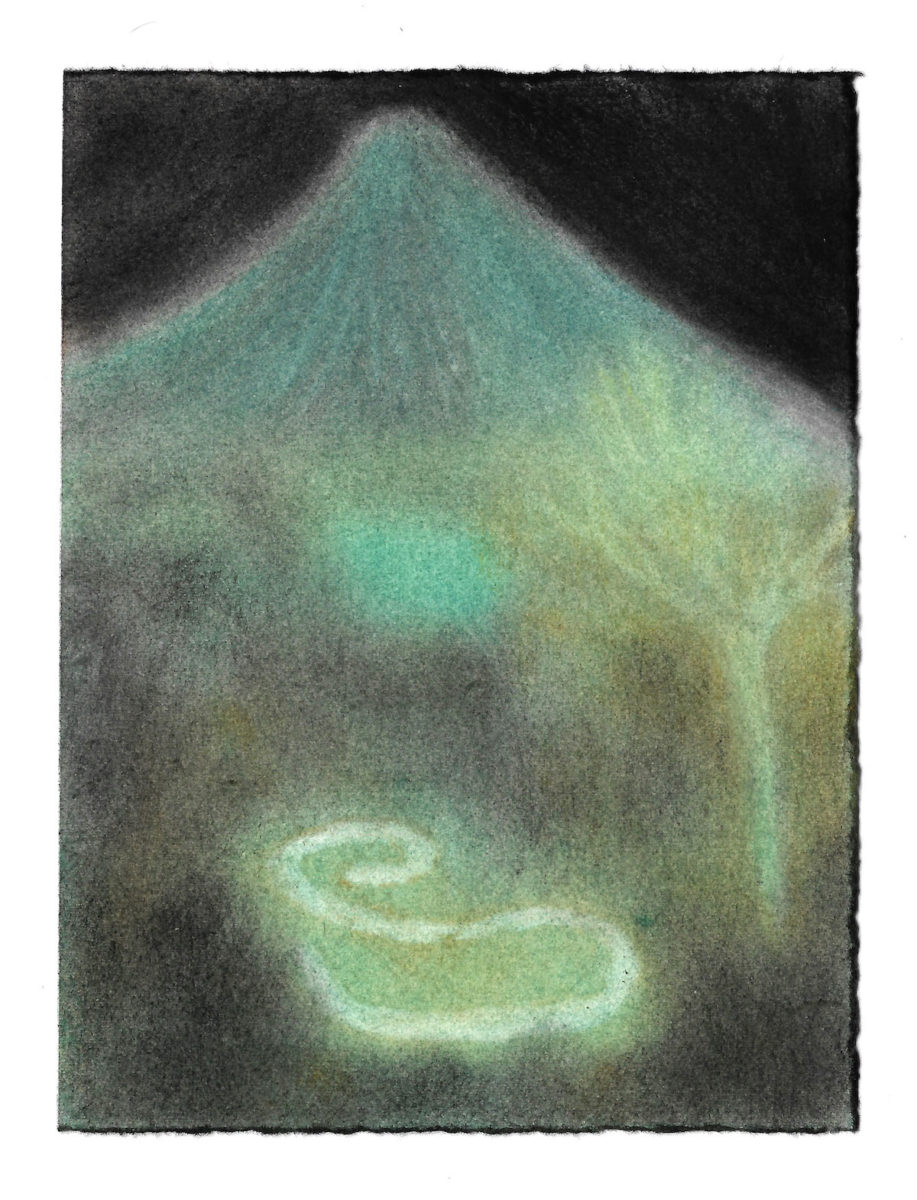 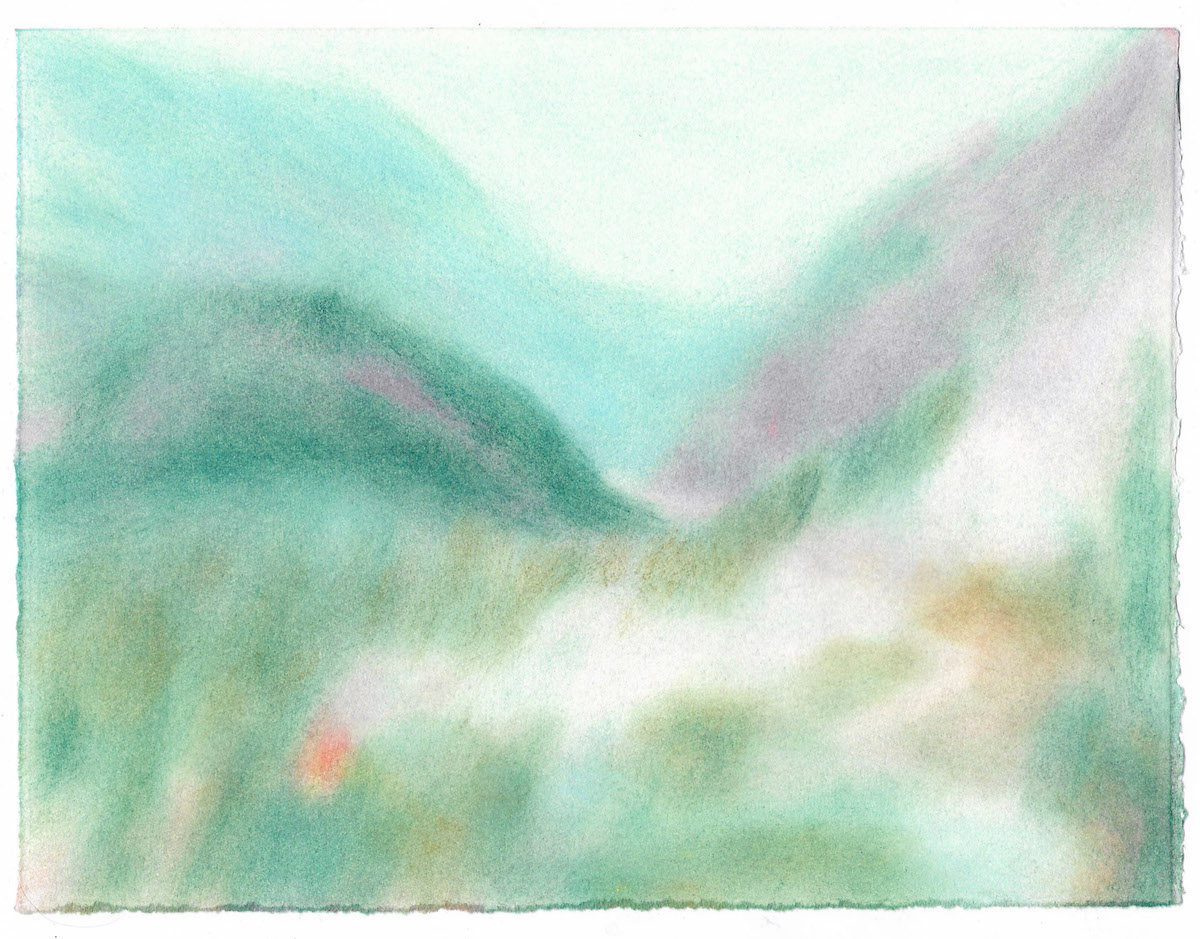 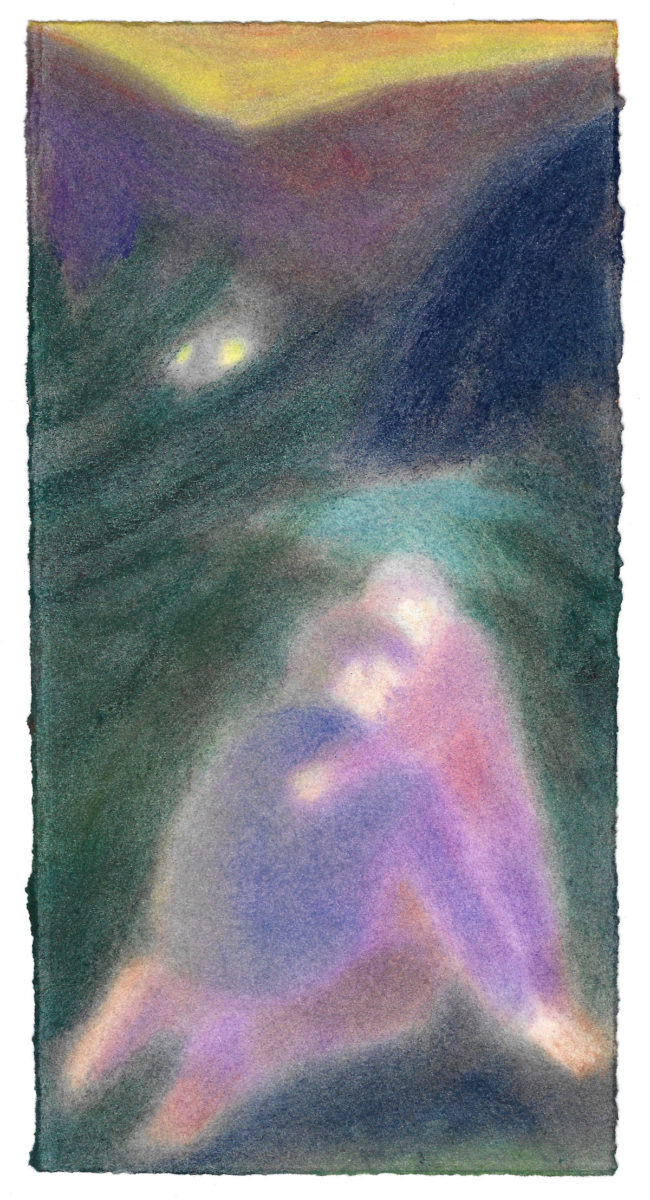 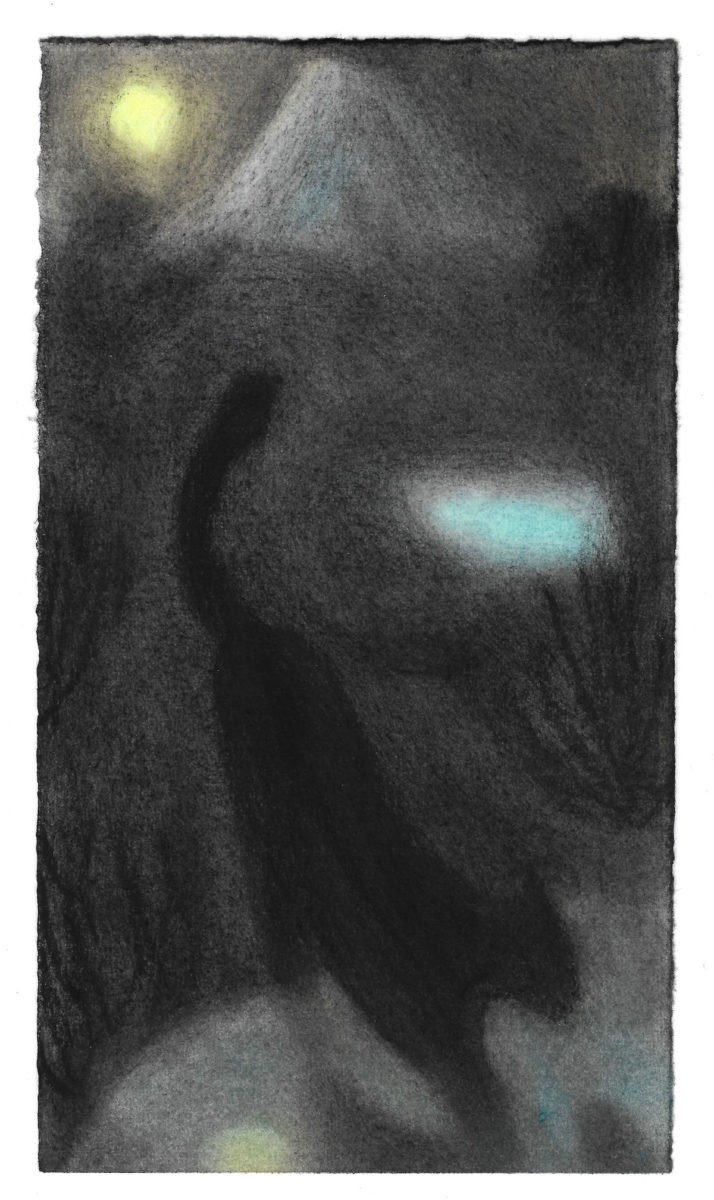 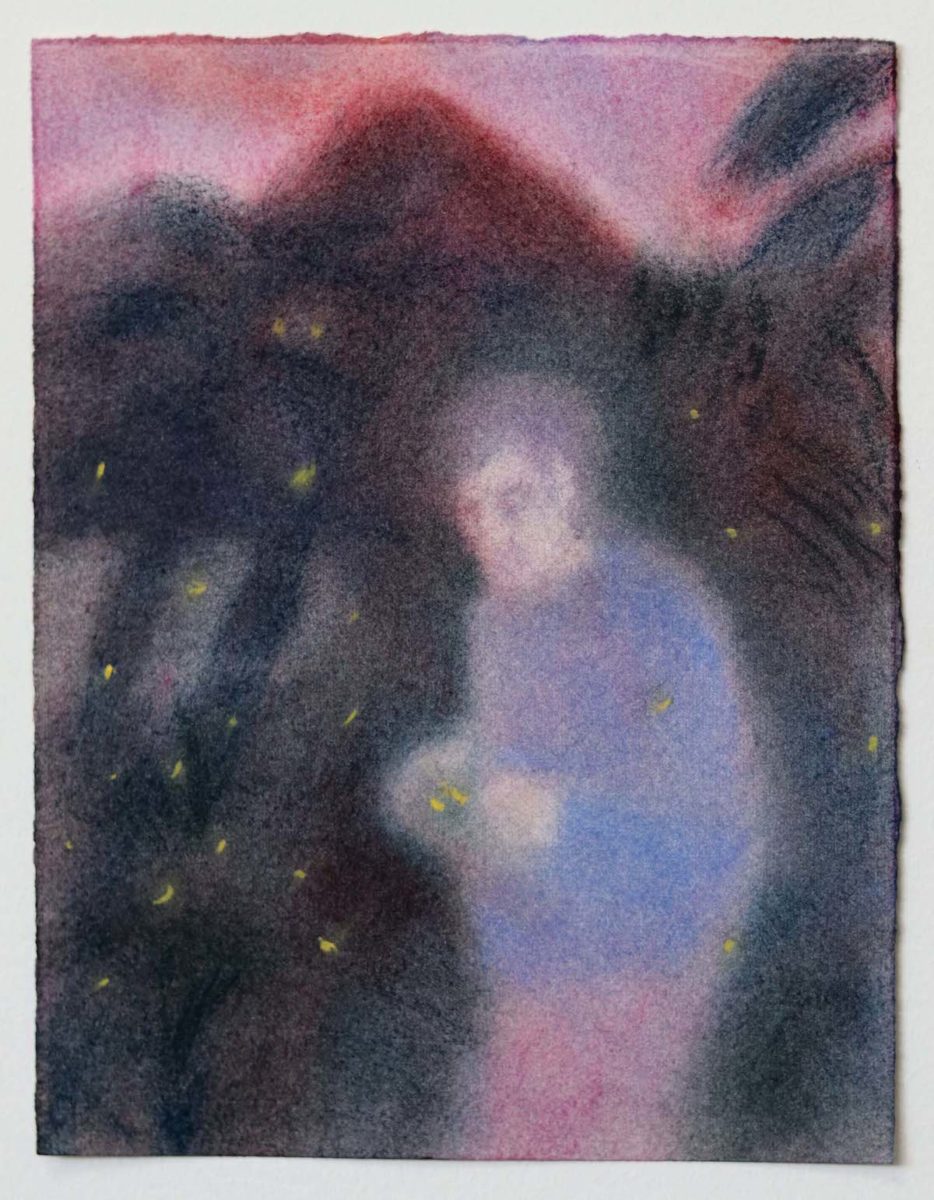