Anastasia Samoylova and Walker Evans’ Floridas begins with a woman temporarily exiting her own life. In Lauren Groff’s opening short story, an unnamed mother suffering from a lack of feeling (“a year so grey it was as if it was covered in mouse fur”) spontaneously leaves her house and her two small boys and catches a plane to Miami.

“I took a cab to the most expensive hotel I could think of because life had not been real for some time,” she explains, before relaying a brief tale of deceptive surfaces, unnaturally sleek women, and a malaise that cannot quite be outrun.

More photobooks should begin with fiction. Groff introduces Floridas, a pairing of Samoylova’s road trip images with Evans’ mid-20th century polaroids, by painting the Sunshine State as a place where “lizards [fall] frozen out of trees” in winter and “all [becomes] goldenberry and mimosa and hot pink azalea” in the “syrupy warmth” of summer.

The narrative introduces a note of disquiet, a chimeric sense of place. Turn the pages and the candyfloss-coloured buildings, crumbling statues, baby alligators, drowned armchairs and tattooed beachgoers all somehow make sense.

The story is titled Mirror Venus, taking its inspiration from Venus Mirror, one of Samoylova’s photographs from 2020. The Russian American photographer describes her image, in which the blown-out silhouette of a torso overlays pink buildings and palm trees, as a modern-day parable of beauty: “This Venus is a shop window in Miami’s boutique designer district. She hovers pure but blank, in a refracted fantasy of materialism and leisure.”

Samoylova’s images are interspersed with work by Walker Evans, one of the most renowned American photographers of the 20th-century. Evans is best known for his lucid Depression-era photojournalism, though he photographed Florida many times over the course of his life, both on assignment and during vacations. During a trip to the east coast in 1934, Walker noted his intended subjects. They included: “American urban taste, commerce, small scale, large scale, the city street atmosphere… the hateful stuff, women’s clubs, fake culture, bad education, religion in decay.”

This list also serves as a useful summary of Samoylova’s work, particularly in its evocation of both architecture and atmosphere. To take a place’s temperature, you need to pay attention to more than just the weather. You must understand its tastes, its delusions, its place in history. You must understand its image of itself. In this aim, the two photographers are united. Their work speaks not so much in dialogue as in chorus.

The photographs appear in the book without immediate attribution (you have to flick to the back to read the captions), and although some are immediately identifiable by consequence of colour, clothing, or some other illustration of era, others are harder to read. A number of the black-and-white shots could belong to either artist. Ancient trees, weathered buildings, flashy shop signs printed big enough to catch one’s eye from a passing car: these details are unchanging, even as the landscape around them continues to shift.

Samoylova has been documenting Florida since she moved to Miami Beach in 2016. Her 2019 book, FloodZone, was nominated for the Deutsche Börse Photography Foundation Prize (currently on display at The Photographers’ Gallery). Looking explicitly at rising water levels in Miami, Samoylova observed a space in limbo, identifying a growing rift between the desires of luxury real estate, where sea views are all the rage, and a place on the brink of sinking, Atlantis-like, beneath the waves.

She is an artist who is alive to the meanings and multi-layered tensions of geography: both visually, in how we understand a place through its architecture, its open spaces and quirks of character; and physically, in how a region shapes its people and their circumstances.

“To take a place’s temperature, you must understand its tastes, its delusions, its place in history”

Traversing from the Keys all the way up to the borderlines with Alabama and Georgia, Samoylova tells her own story of this curious state in Floridas. It is a story of grand dreams and faded hopes, of mingled stoicism and futility. This is a landscape that appears at once hallucinatory and unrelentingly real, with ideals of glamour and escape set against the harsher truths of economic disparity, slow decay, and temperamental weather in a time of climate crisis.

This is a sensitive and almost shockingly beautiful book. As editor David Campany writes in his accompanying essay, “photography is a medium complicit with Florida’s spectacle, with its endless visual seductions and distractions, yet it contains the possibility of so much more.”

Both Samoylova and Evans are happy to engage with the spectacle, and the possibility of more. It’s what the unnamed woman in Groff’s story is searching for: a moment of seduction, a continuing promise that life could expand beyond her allotted role. It’s what the photographer staring through the eyepiece in any given moment might seek: the perfect image. The hope that beneath its lines and shades, behind its careful composition, a deeper meaning can always be found.

Floridas by Anastasia Samoylova and Walker Evans is out now (Steidl) 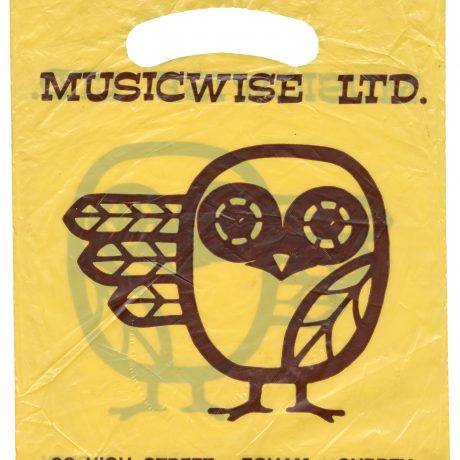